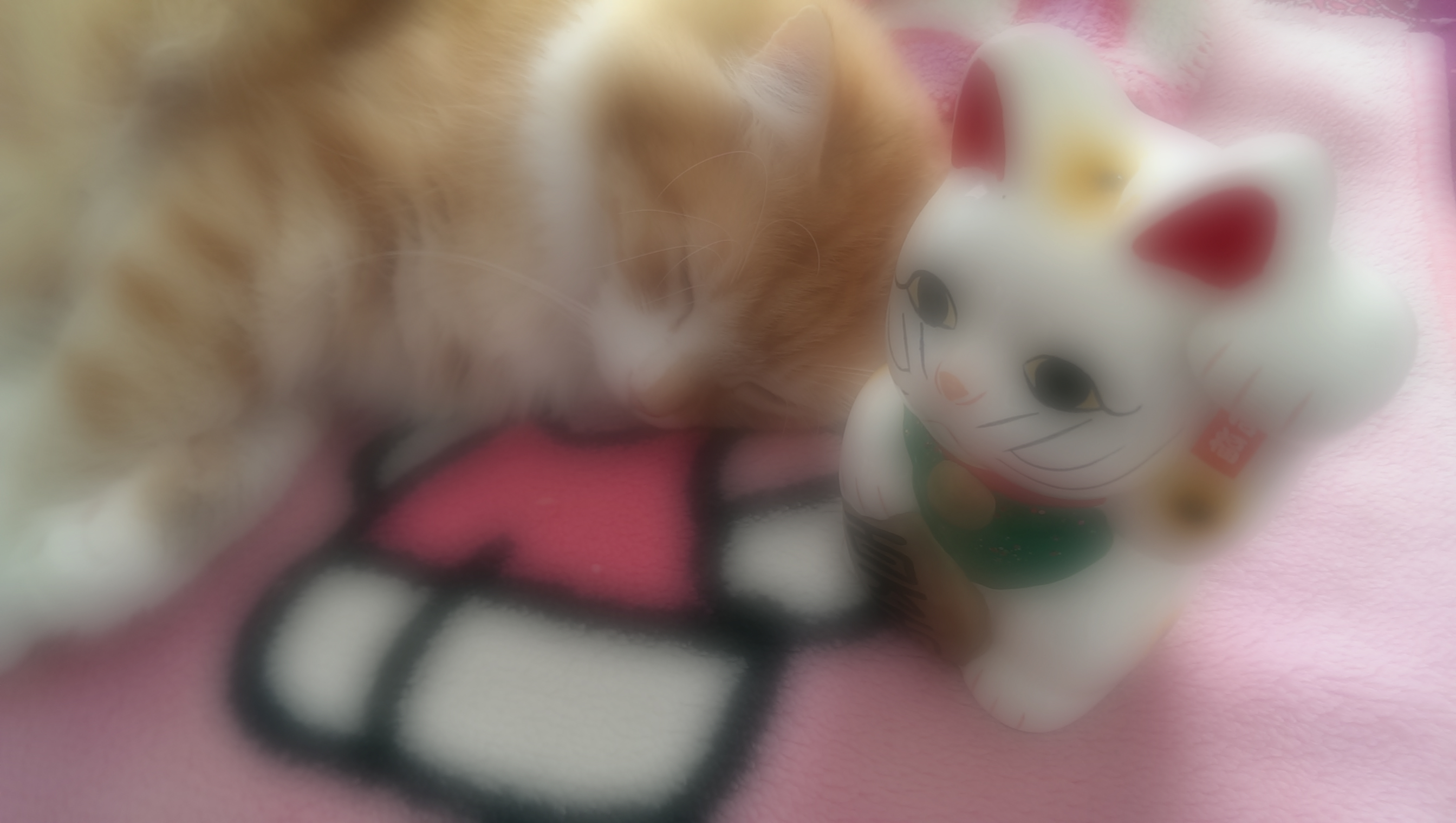 For anyone wondering why my online writing volume is way done, I can explain. My vision is in a state of crisis. The decline occurred slowly until I could no longer ignore it. With different health insurance situation, I would have acted sooner to fix the problem. But when finances are tight and health-care expenses high, you make sacrifices—even where you don’t want to.

I have macular edema in both eyes, which is swelling of the retina, or fluid leaking into it. The ailment affects the central vision area, causing visual distortion. The first signs manifested in my right eye in 2011. A retina specialist recommended laser surgery to repair scarring left by capillaries that had leaked and healed. But we were uninsured then, as now, and the cost was prohibitive for the family budget. I could see well enough, and cancelled treatment.

The doctor warned that the leaking capillaries could be associated with diabetes.  There is family history, but my blood sugar levels weren’t obscene although at the high-end of the normal range.

Signs of Trouble
Late last year, I found reading, writing, and editing to be increasingly difficult. There definitely wasn’t something right about my vision, and I planned to see an ophthalmologist as  soon as the family secured health-care coverage under the Affordable Care Act. That warning about diabetes rushed back like a ghost, haunting because of something else.

In July 2013, during a routine checkup, my doctor drew blood. Next day she telephoned telling me to get my ass back to the office for more tests. My blood sugar came back at 200 mg/dL, which I later learned is way too high. Thing is, I had a giant carb-filled giant burrito before going to her office. I acted, but not the way my physician wanted. I have no desire to go down some diabetic blackhole of insulin shots and other medications. Perhaps the burrito caused the spike. Perhaps not. I changed my lifestyle, literally overnight.

My wife and I talked, and I recommended complete dietary overhaul. I am a big pasta eater, but gave it up. We both learned about carbohydrates, the impact on diet and health, glycemic load, and how to decipher the amount of glucose—whether directly or from carbs—different foodstuffs deliver. I cut out all pasta, potatoes, rice, and desserts for starters. By mid-August, my diet little resembled that of early July.

I strictly kept to the low-carb diet even during the holidays, when denial bit the hardest. Then in December, flu turned to bronchitis, and I was back in the doctor’s office. She scolded me for treating myself, rather than letting her do so. Maybe, but during the five months I lost 15 pounds, coming in at 167. For perspective, a decade earlier, when living in Maryland, I weighed 210 pounds.

As the holiday food temptations cleared, my vision didn’t. Seeing got progressively worse during the first few months of 2014. I can describe it as looking through darkened, dirty glass. Treatment would be necessary. The family repeatedly tried to secure health insurance through the Affordable Care Act, but we don’t qualify for Federal assistance. The lowest plan we quality for costs $948.87 per month, unsubsidized. By mid-April, the situation was clear. We couldn’t afford the cost.

I am not complaining, and won’t debate whether Obamacare is better or worse. My opinion is on record here, in 2009 and 2010, asserting that health-insurance companies are government-sanctioned cartels and that the only solution is to foster real competition by repealing the 1945 McCarran-Ferguson Act.  The Affordable Care Act is remedy not cure. My situation is no worse because of it—just not better.

Finally Crisis
My vision finally went to hell this month, where I really couldn’t read or write well. Treatment could no longer wait, regardless of costs. I found an ophthalmology practice where the principal physicians are all former Navy.  Oh yeah. My ophthalmologist practiced during her 26-year military career.  Her competence is clearer than 20-20 vision.

She suspected macular edema and confirmed the diagnosis after taking images of the retina. There are a couple approved treatments—drug shot to the back of the eye and laser surgery, which would require seeing a retina specialist. But there is another treatment that she could do and would save me money meanwhile: Injecting the drug under the eyelid and around the back of the eye.

But first, she needed to determine cause, and diabetes topped the list. So 10 months after my primary physician barked about glucose, I finally got that fasting blood test. According to NIH: “If you had a fasting blood glucose test, a level between 70 and 100 milligrams per deciliter (mg/dL) is considered normal”. Mine: 85.

There is a second measure—the A1C test. According to NIH:

The A1C test is based on the attachment of glucose to hemoglobin, the protein in red blood cells that carries oxygen. In the body, red blood cells are constantly forming and dying, but typically they live for about 3 months. Thus, the A1C test reflects the average of a person’s blood glucose levels over the past 3 months. The A1C test result is reported as a percentage. The higher the percentage, the higher a person’s blood glucose levels have been. A normal A1C level is below 5.7 percent.

My result: 5.6 percent. The doctor and opthamologist are both satisfied with the results being normal, although I am skeptical they would be if not for the dramatic dietary changes taken 10 months ago.  While elated, there remain uncertainties about what caused, or is causing, the fluid problems. Typically macular edema manifests in long-term diabetics, which by no means is me.

Look Ahead
On June 3, one week after receiving the shots, the ophthalmologist will again examine my eyes. Improvement is slight so far, but she warned progress would be slow.

Writing this post is difficult. I look through cloudy glass. I can’t read small text much at all. My eyes burn from the strain of composing about 1,000 words, which under other circumstances would be fast work for me. I can write 1,000 words under normal circumstances with my eyes closed. Strange saying has new meaning, now literally rather than figuratively. Muscle memory is great asset, because my fingers know where to hit the keys without looking. But editing and proofing are tough going.

The ailment cuts by more than 50 percent the amount of writing I do for BetaNews. My social network posting is down by two-thirds most days. I have two ebooks now incomplete—short memoir Growing Up Aroostook and my first fiction work. Progress is slower than should be. I will adopt, out of need, an unusual approach to writing the novel, which will be explained as early as next week when a supporting crowdfunding effort begins.

But I don’t write to whine or to seek your sympathy, so please offer none in comments. I just want to explain why suddenly my prolific keyboard is quiet so often. No matter how soon, or if ever, I regain normal sight, the situation doesn’t depress me. I see (no pun intended) opportunity to look (again, no pun meant) at things differently. Challenge is opportunity to open your eyes to different viewpoints.

In addition to the somewhat soggy retinas, I also developed cataracts. In July and August 2016, an eye surgeon replaced my native lenses with multifocal intraocular lenses, which immensely improved my vision. I could function without wearing glasses, for the first time since grade school. But I continued using them, for reading and with slight distance prescription.

A new regime of shots started around the same time, turning out to be curative—along with dietary and lifestyle changes on my part. My retinas rarely require treatment, and I am monumentally humbled, and grateful, to be able to see.