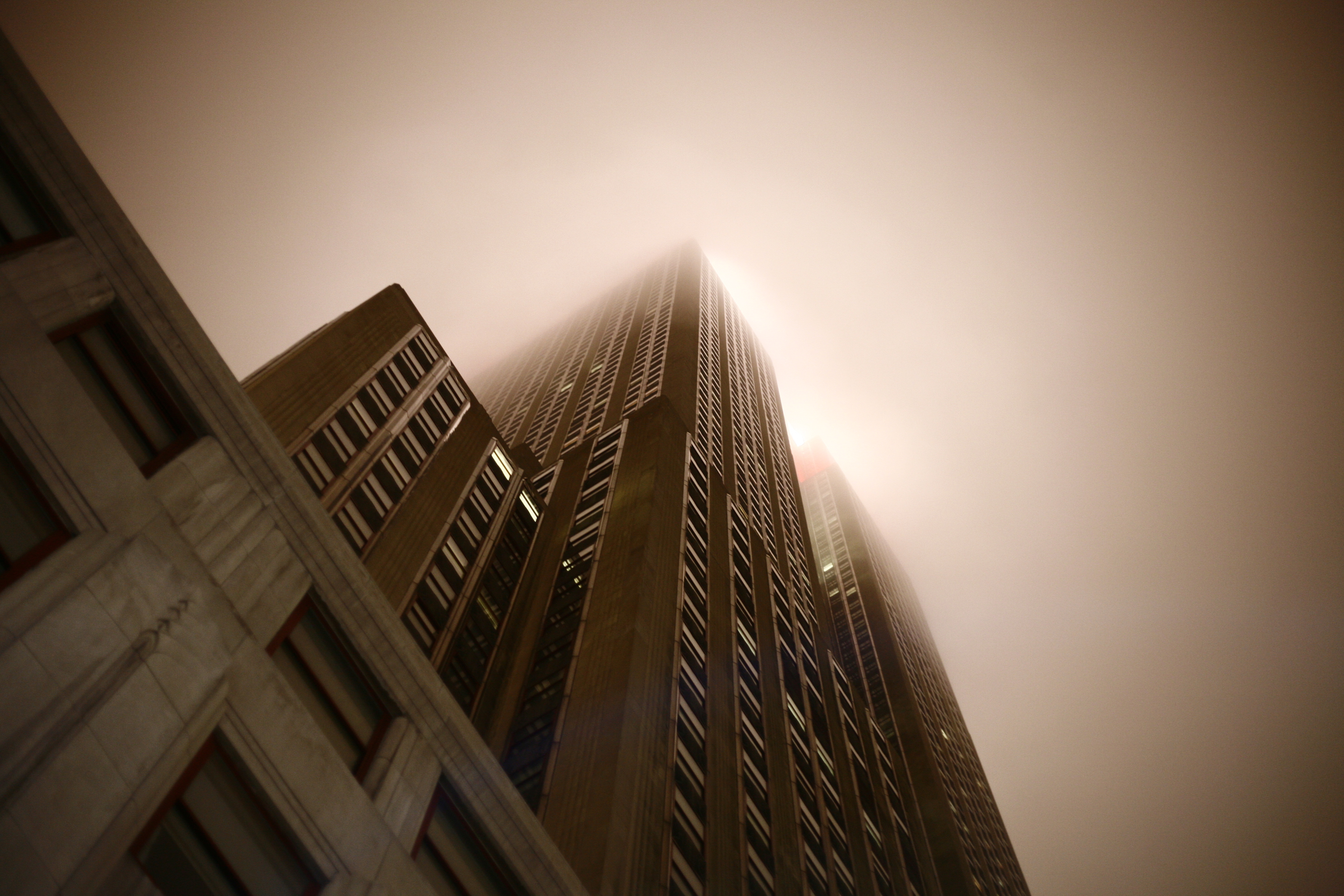 I fancied myself a lyricist in my bygone youth (okay, still do today). Bernie Taupin and Tim Rice inspired my topical, storytelling style. I was prolific in my teens and twenties, writing words for eventual melodies. I never envisioned wordsmithery of any other kind and still wonder how prose came to be my profession. It’s not my first love.

Occasionally I put melody and verse together, as is the case with the song (or lyric to it) below. December 1979, just after Midnight on a Sunday morning, I looked down Manhattan’s 34th Street from FDR Drive at the Empire State Building. The night was cold. I was alone, bored, and angry. I wrote the first two stanzas and chorus right then, with melody, and added the last stanza about a month later.

This song, and several others, will appear in my forthcoming book My Blood, which begins serialization someday, credited to fictional character Cusper Rhodes.

He was in the elevator going past the 87th floor
He’d known sooner or later he couldn’t take it anymore
He arrived at one-oh-two, looked down a hallway
In a moment the pain would be through to another gateway

Sitting in a diner with his coffee cup
He’d turned his head to the sky looking up
Death was the friend he wanted to make
The last of a single line of mistakes
How much longer would he wait?
At the bottom of the Empire State

The call was in his mind as he looked into the glass
“Come along the end of time”, Death would ask
He combed his hair down slick, smoothed his wrinkled shirt
He wanted to impress his chick when he hit the dirt

Sitting in a diner with his coffee cup
He turned his head to the sky looking up
The last of a single line of mistakes
How much longer would he wait?
One step is all it takes
To the bottom of the Empire State

He was on the edge of time, spinning far too fast
When his spirit moved down into the past
Falling at the speed of sound, to the end of the world
When he finally hit the ground, he saw THE GIRL

Sitting in a diner with his coffee cup
She turned her head to the sky looking up
The last of a single line of mistakes
How much longer would she wait?
One step is all it takes
To the bottom of the Empire State

Note: The lyric’s copyright is one of this blog’s exceptions: All Rights Reserved. Because the work as presented here is only partial.