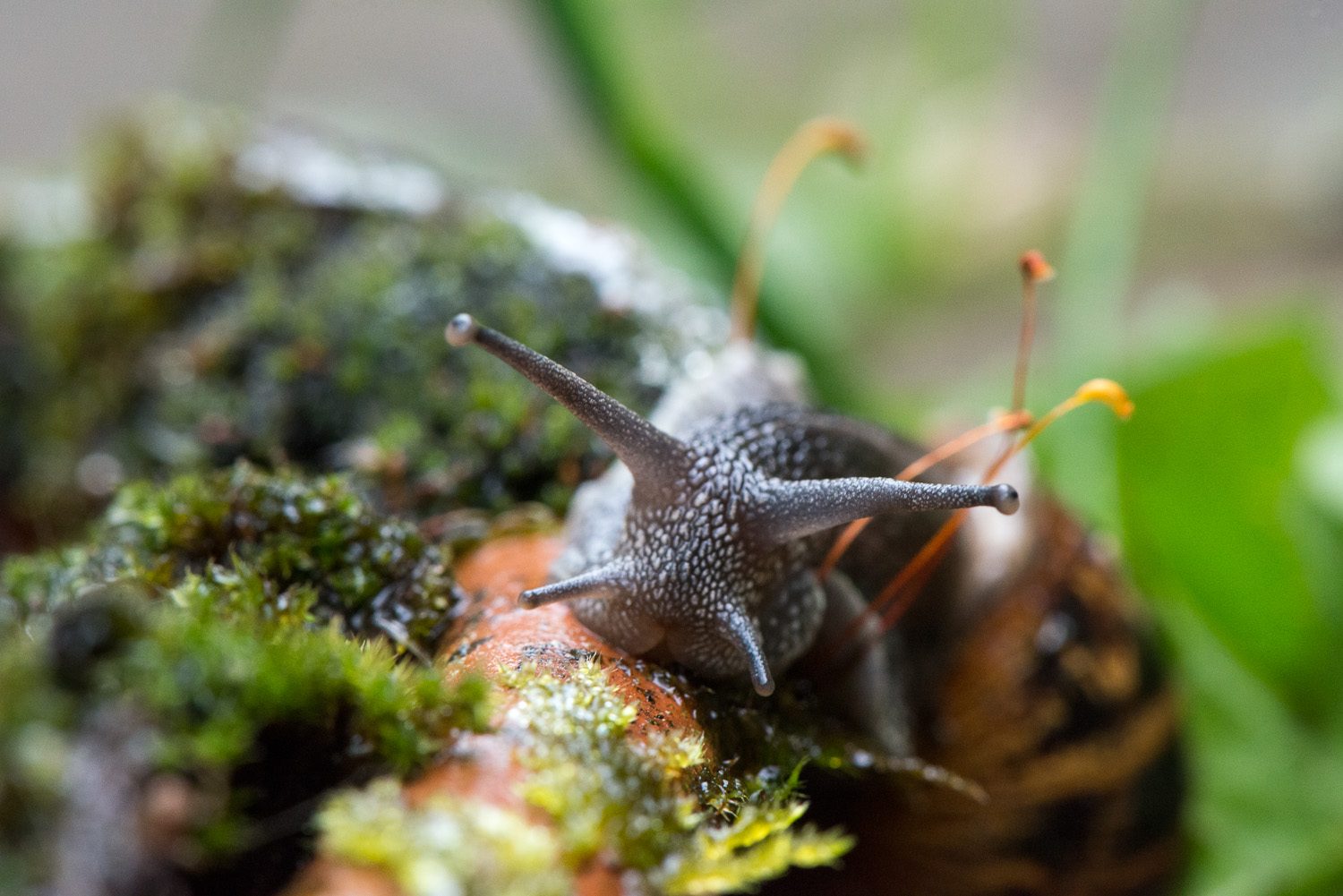 Macro photography can be hugely satisfying and express something about the shooter’s inner self. Yesterday we saw how Kristina Alexanderson stages stormtrooper figurines to create familiar parent-child poses. Mark Seton uses the same camera and lens, Nikon D800 and 105mm prime, to shoot closeups. The two photographers’ styles and subjects couldn’t be more different.

Mark, who joined Flickr in December 2006, generally shoots things, which include landscapes and nature. I flip-flopped between choosing self-titled “Portrait of a Snail” and its companion, both captured on May 1, 2014. He is from Leeds, United Kingdom, but lives in Great Dunmow. I picked this pic because the colors are so vivid that they evoke rain forest more than an English homestead.

Closeups like this one are all about focal point and depth of field, and getting both just right. I chose this one over the companion because of the composition. Mark explains about the pics:

It’s been a wet and dreary day today so it was a case of nipping out into the garden between the showers and grabbing what was available. I ended up with a selection of garden snail macro shots which I quite enjoyed. This fella was having a snooze on a plant pot when I rudely awoke him and plonked him down on some moss and insisted he perform for me. He did at least mooch around unlike some of his friends who steadfastly refused to come out of their shells.

Confession: I really wanted to feature “The Barrel“, but this series has featured cats twice—on Days 38 and 51—so I reluctantly resisted.