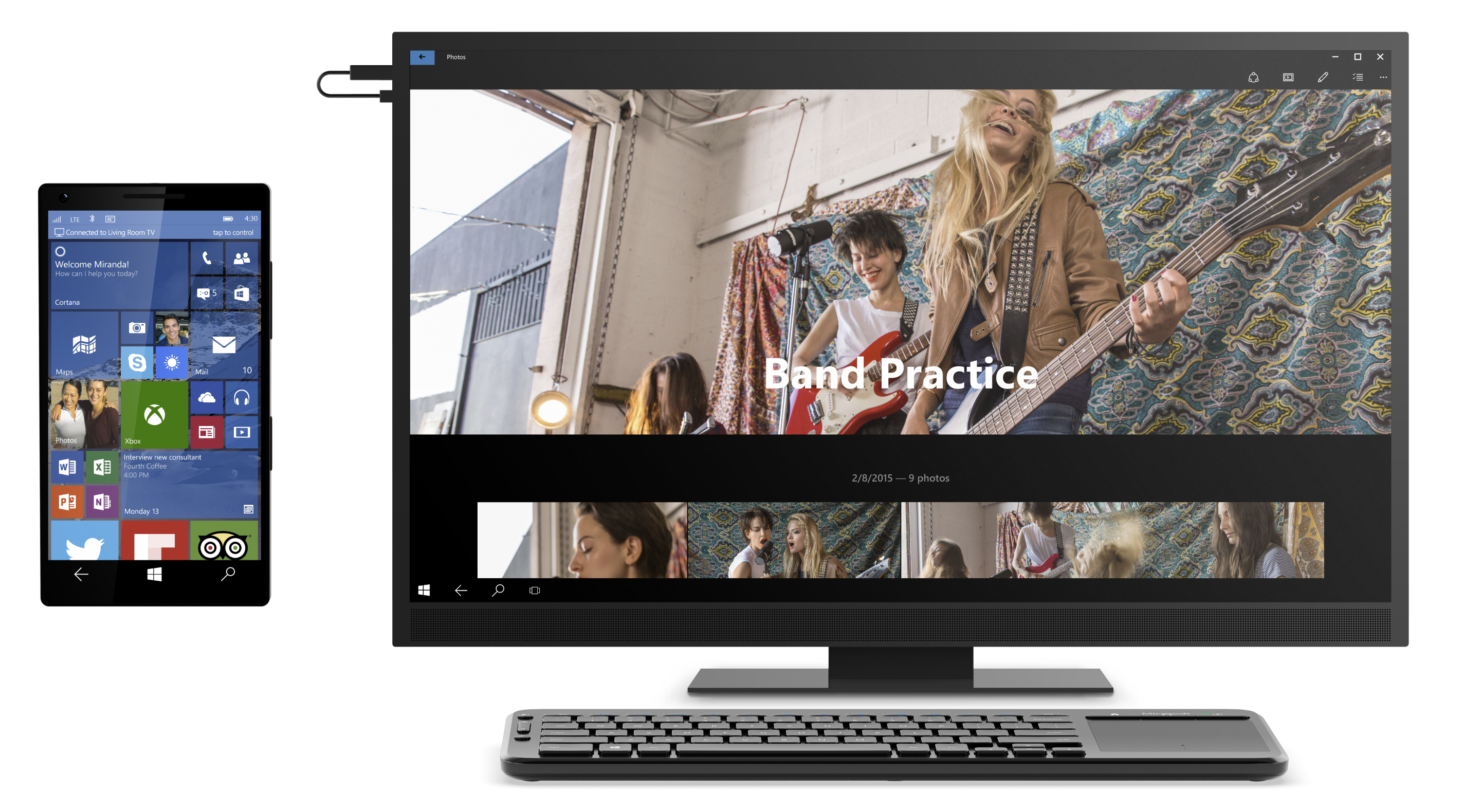 The analyst firm forecasts that price increases will, through 2016, drive demand for sub-$500 PCs, which will make up 30 percent of personal computer sales. The $500-$800 segment—the largest, making up 40 percent of consumer buyers—will see sales delays. Meanwhile, Gartner expects $800-plus PC consumers to delay purchases, extending continued usage by about 10 percent. Business are expected to adopt similar tactic.

As buyers make due spending less and getting less, Continuum presents an alternative. Users with Lumia phones running Windows 10 can effectively turn their mobiles into full-blown PCs when attached to peripherals, like keyboard, monitor, and mouse. Microsoft makes way for penny-pinchers to get the best of both a personal computer and smartphone.

The company couldn’t ask for better validation of the provocative product strategy than Gartner’s forecast. The appeal is something Apple and Google can’t match: Real desktop operating system from the cell phone; Android and iOS are not. Granted, PC hardware tends to be more hearty, but differences matter less when manufacturers cut components to preserve margins.

That $500 spent on a high-end Windows Phone could be device enough for many consumers—and even some businesses. Continuum plays to a longstanding Microsoft corporate ethic: Provide customers more value from what they have.

Something else important about Continuum: The concept. Microsoft takes a more modern approach of focusing on context. As I explained 18 months ago, there is no post-PC era. It’s an Apple myth. We live in the contextual cloud computing epoch, which Microsoft increasingly adopts as a core development ethic.

By contrast, Apple lets users have a continuous experience across devices, but the underlying idea is that customers will buy more things. The fruit-logo company’s strategy is all about selling more things rather than enabling customers to use one more ways. It’s core to the post-PC mythology.

That approach makes Apple’s position riskiest, if Gartner’s forecast is accurate. The majority of the company’s computers sell for prices higher than $800, raising questions about the practical response. Will Apple preserve higher selling prices for the long term or make concessions like other PC manufacturers are expected to? Already, during fiscal second quarter 2015, overall revenue from Japan fell 37 percent sequentially and 15 year annually. European dollar sales fell 29 percent and grew 12 percent during the same time period.

During this week’s earnings conference call, Apple CFO Luca Maestri described the currency climate as “headwinds”. warning broadly—meaning for more than just computers—that “when we look into the June quarter, we expect to see another 40 basis points of negative impact from currency”. Uh-oh.