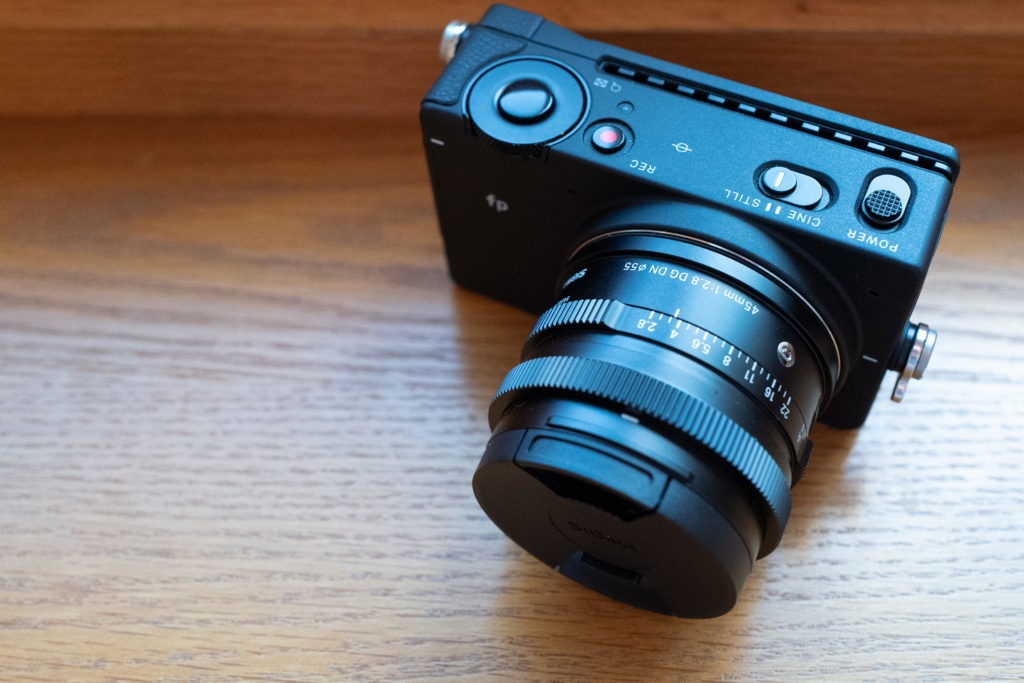 So Much Promise
Sigma fp was supposed to replace Fujifilm GFX 50R, which I sold a month and few days ago. While a cumbersome carry, the 50R has great physical balance and practical ergonomics. Best benefit: Incredible image quality and dynamic range. My problem wasn’t the camera but the response animals and people had to it: Critters scurried; humans stiffened, suspicious. The reactions weren’t universal, but they were common enough that, when added to the carrying heft, shooting with the 50R became somewhat problematic. So I made the decision to part with the Fuji. But replace it with what?

I initially considered Fujifilm X-Pro3 and even preordered at one point (later cancelled). But Sigma fp released a month earlier, and it’s innovations and cost courted me. Some reasons behind my decision:

1. Sigma color science. I found sample photos posted by early adopters and the manufacturer to be extremely appealing for the richness of colors—whether standard tone or one of the many alternatives, which are easily changed from a dedicated button below the rear LCD panel.

3. Future lens compatibility. Leica, Panasonic, and Sigma have joined together to form the L-Mount Alliance. Lenses are interchangeable from any of the three companies, for glass and bodies supporting the mount. In the present, the 45mm F2.8 DG DN | C looked plenty good enough. Sigma marketing claims that the lens offers “admirably balanced performance and size”, and I agree.

4. Modular design ethic. Sigma fp is, using science fiction lingo, a shapeshifter. The thing tucks away as an unobtrusive still camera or expands, with attachments, into a filmmaking rig. The basic expansion design ethic inspires a flexible kit that evolves to need and, more precisely, the user’s imagination.

If Only…
Among my main interests in acquiring Sigma fp—and the aforementioned list is incomplete—color science rises to the top. Some photographers will rave about the “Leica Look”, and I see it. Fujifilm photos are distinctive, too, particularly when film simulations are applied. The fp’s color/tonal signature also is unique—and I really, really like what my eyes see in the captured photos. There’s a rich saturation that’s vibrant and natural—not the artificial rendering one might see elsewhere.

But captivating colors mean nothing if the moment is missed or the photo isn’t usable for one or more reasons. Thus we come to a condensed list of foibles, at least they were in my grubby hands:

1. Two-handed startup. The Sigma fp power button is on the left top of the camera, rather than to the right wrapped around the shutter button. I tend to carry a shooter strapped and slung around my back. If, say, seeing a subject for my “Cats of University Heights” series, I pull the camera around with my left hand, which then removes the lens cap, flip the on-switch with my right forefinger, raise the viewfinder to my eye, and click. If manually focusing, my left hand is free to do so.

With Sigma fp, my left hand must also find and push the power button—where startup time lags a little—and lift away the camera from my eyes to look at the backside LCD screen, which is fixed in place, BTW. The motion takes longer, and often the photo opportunity is gone because too much time has passed. However, muscle-memory training might speed up the process enough, if not for the next two foibles.

2. Misplaced focal point. While autofocus seems speedy enough, accuracy gravely disappoints—at least in my hands. I average about one usable photo out of every three or four, because some object other than the intended subject is focused instead. Granted, I am not a professional photographer. Nevertheless, I have used enough cameras over the decades—and never has autofocus been so troublesome.

I can’t express the frustration finding the subject ever so slightly blurred, or more, and seeing things sharp in front or behind—all while the on-screen cues had appeared to put the focal point where intended.

Manual focus is precise, and I am quite accustomed to doing it from my experience with Leica Q. But the next foible undermines using both methods.

3. LCD screen. I totally get why Fujifilm tucks away the backside display of the X-Pro3, compelling the photographer to use the hybrid optical and electronic viewfinder. I rarely look at the LCD screen on any camera, except Sigma fp, which has no integrated OVF or DVF. In the bright, San Diego sunlight, while wearing sunglasses, I can barely see anything on the thing. Such circumstance surely contributes to misplaced autofocus; makes manually focusing inaccurate; and undermines any attempts at meaningful composition.

4. Modular design ergonomics. Sigma does offer the LVF-11 LCD Viewfinder that magnifies the rear screen by 2.5 times and also reduces extraneous light. Problem: The thing is more of a Director’s viewfinder, for shooting video. As such, the VF is humungous—and, therefore, for my photographic purposes, impractical to carry permanently attached (suddenly the GFX 50R doesn’t seem so big). Afixing the thing isn’t quick either, requiring a baseplate—meaning it ain’t snap-on, snap-off.

Two-handed operation is somewhat improved by attaching accessory Hand Grip HG-11, which I wouldn’t recommend for anyone with big hands. More problematic: The attachment partly obscures the all-important Rear Dial, which is used when adjusting several shooting settings on the go or from the main menu. Precious time is lost meaningfully changing settings.

Where Worthwhile
This post isn’t the gripe-fest it might appear to be. I write out of frustration, for all the ways Sigma fp appeals to me short of one failing that is a culmination of usability foibles—at least in my hands: Inability to consistently and reliably shoot focused and/or composed photographs. I can’t trust the tool. But maybe you could, so let’s move on to a shortlist of features/benefits:

1. Sigma fp feels and looks premium. The die-cast aluminum-body impresses for its surprising heft (for the size) and because of quality construction, which includes the 45mm kit lens.

2. The subdued “fp” branding is classy. Other manufacturers slap large company names on their cameras. Not Sigma. The subtlety communicates importance, as in something superior, about the brand and the end user.

3. There are separate LCD-displayed touch-and-button navigable menus for stills and videos. The task-oriented approach allows a great deal of customization to circumstance and need, particularly for filmmaking.

4. The backside LCD display presents many useful visual shooting tools. Among them (for stills): Fill Light, which as the user manual aptly states: “This function allows you to adjust the brightness so that dark parts become lighter, without changing the exposure of light parts in an image”. Outdoors in sunlight, I would need to attach the big-butt viewfinder to use the feature(s).

5. Image magnification (and also peaking) is available in either auto or manual focus mode. For people who use the humungous viewfinder, whether shooting stills or videos, Sigma provides a precise tool for you.

6. Rear buttons, particularly those below the LCD screen, are well-placed and task-oriented. Among them, separate Tone and Color controls can add as much varied visual character as most any end user would want. “Teal and Orange” color mode is a filmmaking favorite, as I understand, that also can be applied to photos.

8. A heat sink is built into the aluminum body. Venting allows videographers to shoot for hours, not minutes. Caveat: To capture meaningfully high-quality video, an external drive is required.

The list could go on, but I stop there. Sigma fp is right for somebody. Somebody else. No matter how much the (few) good photos delight, the fp doesn’t fit my shooting style. When choosing the camera, I had considered the benefits of high image and video quality for mixed storytelling, but the cinema features are more than I need and photography falls short of my expectations—and perhaps skill set.

All that said, even a modest, reasonably-sized digital viewfinder might have made the difference between shooting satisfaction and disappointment.