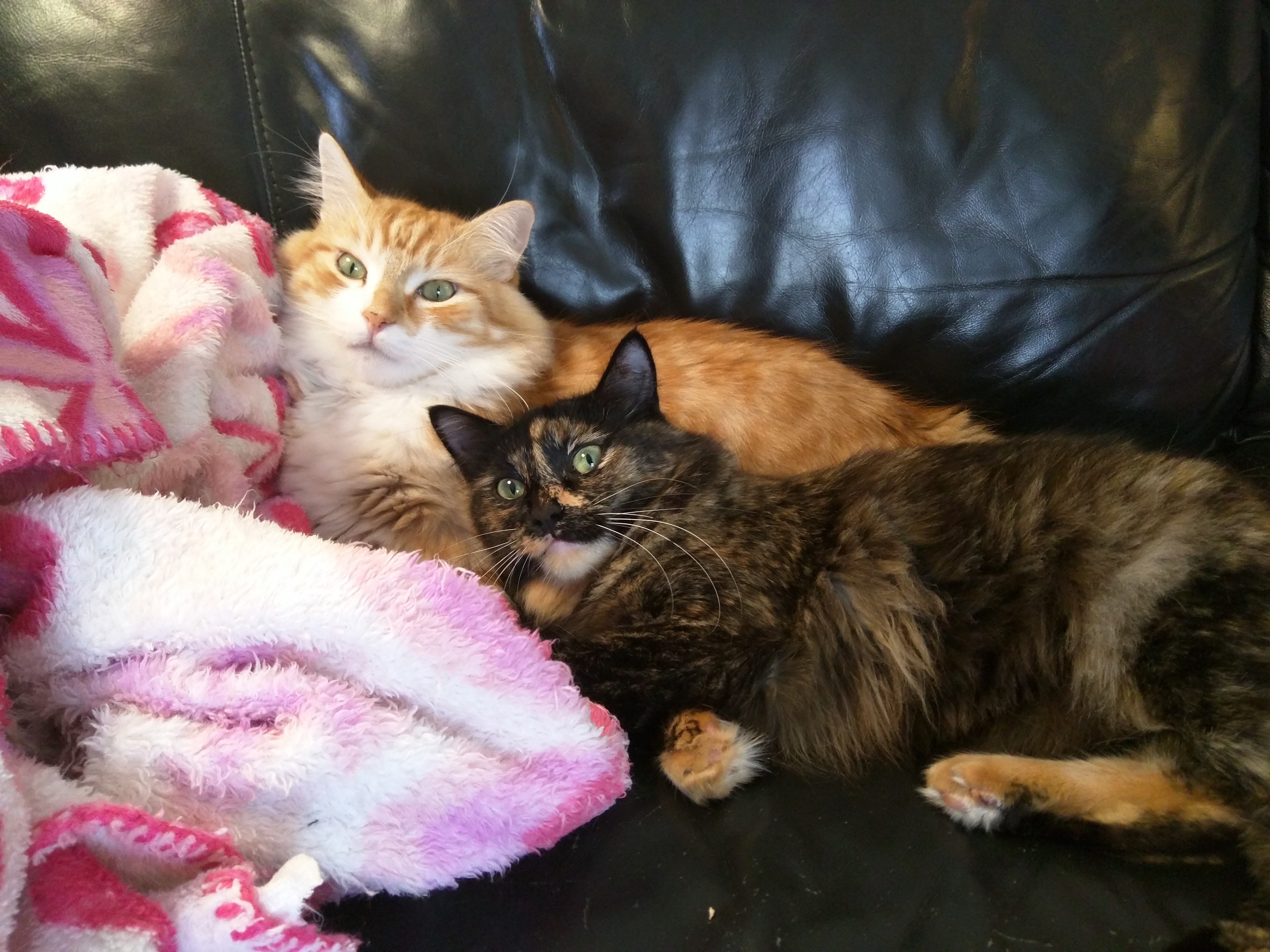 For Caturday, we reveal what BFF really means—or at least with respect to fluffy felines. Neko, the ginger, is our shelter cat, which we adopted in March 2012 more than two months after magnificent Maine Coon Kuma vanished. Tortoiseshell Cali sought shelter at our daughter’s College Area group house in June 2014. The kitty came to live with my wife and I a few months later.

Funny thing, more than three years after his disappearance, I wait for Kuma. I drive home and look for him on the street or watch for him to dart under the apartment complex gate that leads into the back alley. Perhaps as long as we live here, I will hold out hope that his fate isn’t what what we believe (coyote).

As for the BFFs, we couldn’t know that Cali and Neko would be friendly enough. They’re a bounded pair now. Inseparable. I captured them using Nexus 6.