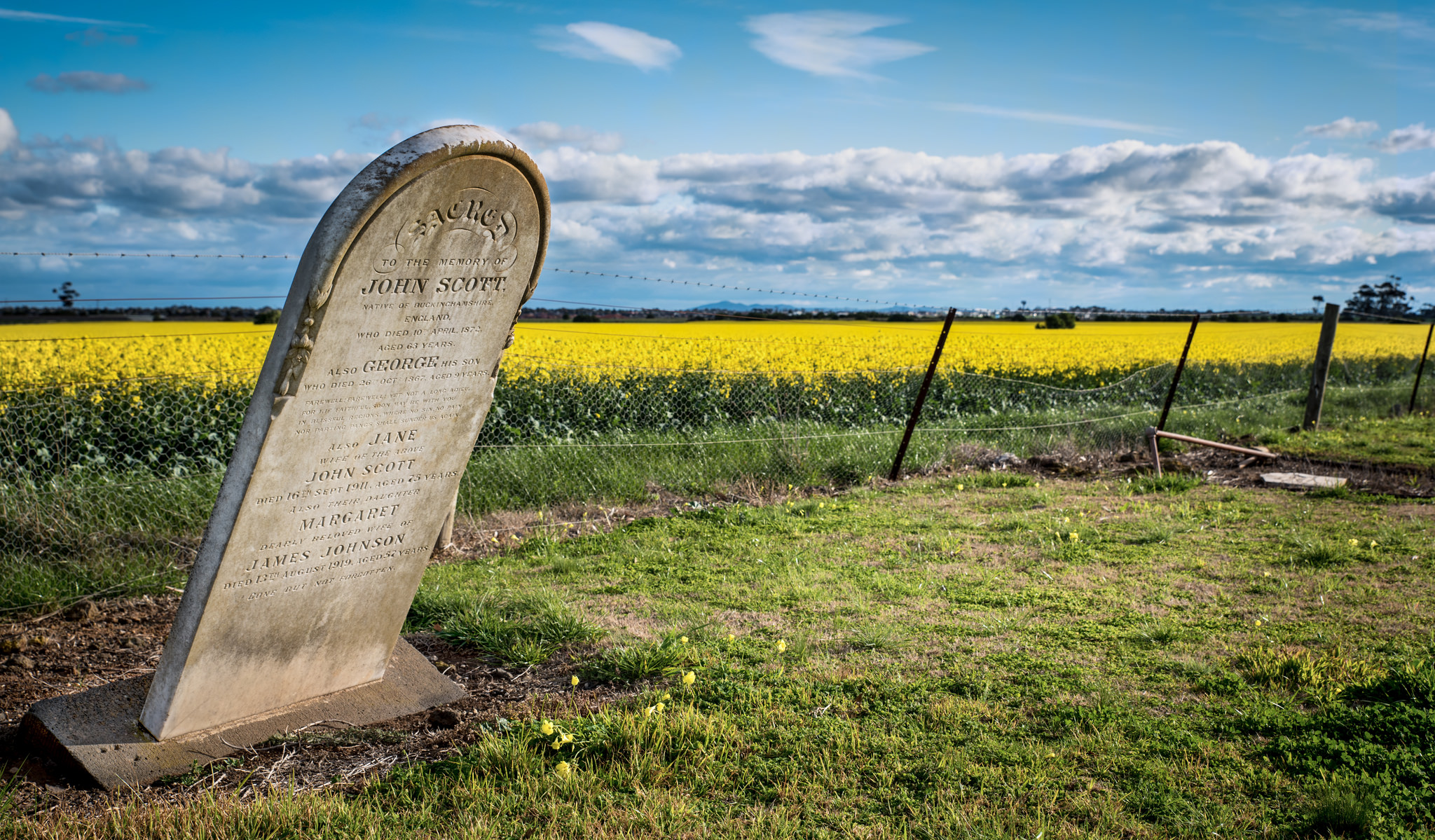 The series first tombstone greets this fine September day. I do hope it doesn’t forebode badly on the 248 posts behind and those still to come. Jamie Davies captured the moment on Aug. 18, 2015, using Nikon D750 and 24-70mm f/2.8 lens. Vitals: f/9, ISO 100, 1/200 sec, 44mm. I picked the pic for composition and contrasting elements—the headstone of death set against the crop of life.

Jamies puts it better: “Currently, canola fields surround the Truganina Cemetery adding a contrast to the decaying gravesites and headstones which are prevalent here”. Hence, the self-title. Living in Melbourne, Australia, he joined Flickr in January 2013.