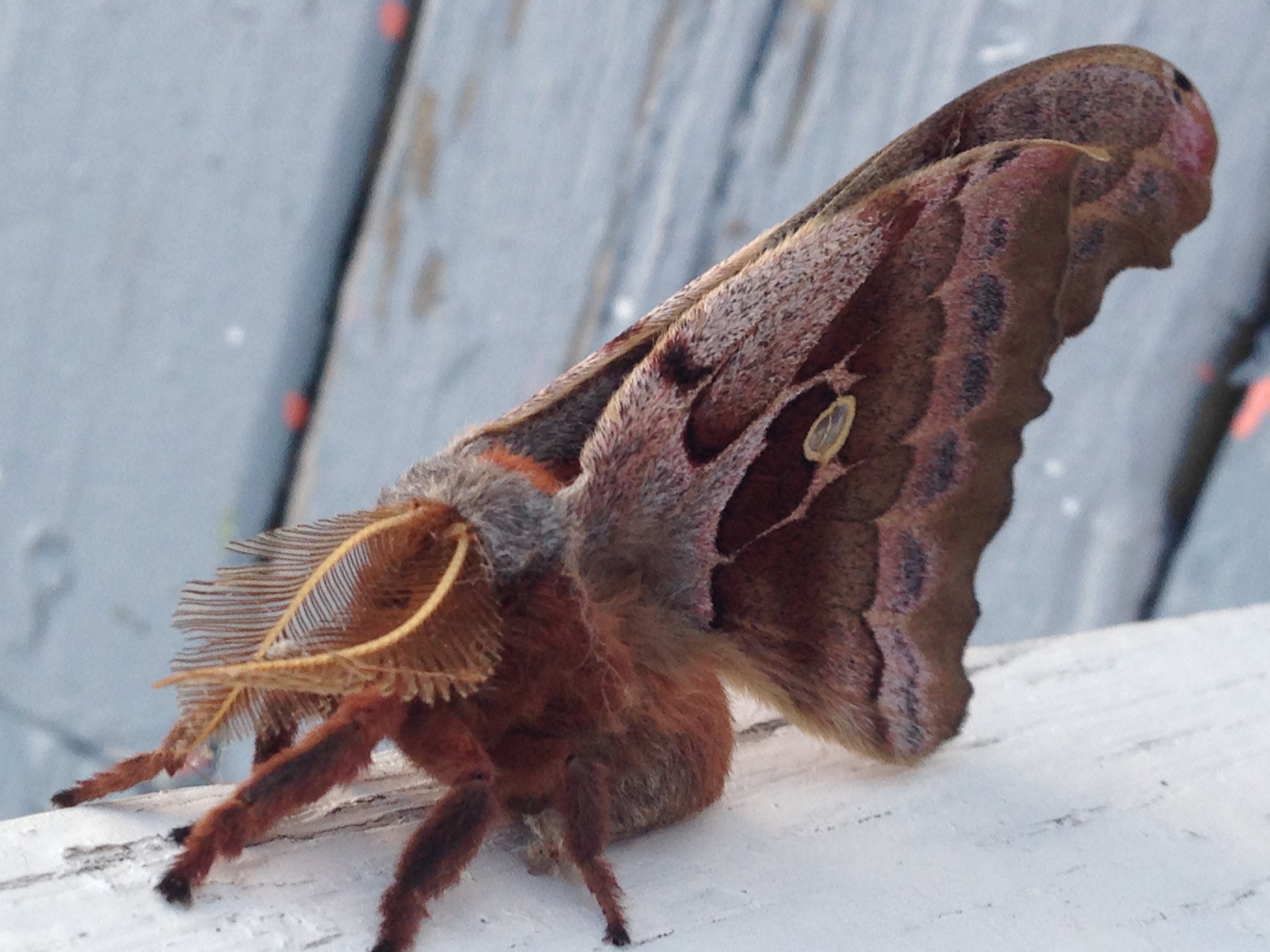 The nature shots from the photostream of Stan Lupo are so fantastic, I wrongly wondered if he reposts images from National Geographic. Choosing one is a nearly impossible task. Being his work is so exceptional, today’s selection is a bit unfair. But the insect is one of my all-time favorites, and our Day Taker emphasizes the importance of shooting with what you got, not what you want. Vitals: f/2.4, ISO 50, 1/151 sec, 4.1mm.

Stan used iPhone 5 to capture this Polyphemus moth, hence the self-title, on July 11, 2015. “A first for me”, he says, “and I only had my iPhone with me. The best camera is the one you have with you”. True that.

What strikes me: I’ve never seen the insect in such repose. My Polyphemus sightings over the years are fleeting, typically in flight or wings spread; nothing like this. Stan saw this one on a Canadian island off the coast of Maine, my home state.

Stan is a retired senior scientist, previously employed by a pharmaceutical company. He more typically shoots with the Canon EOS 5D Mark III, and birds are his photographic passion. From Brooklyn, New York, and living in Lansdale, Pa., he joined Flickr in December 2009.