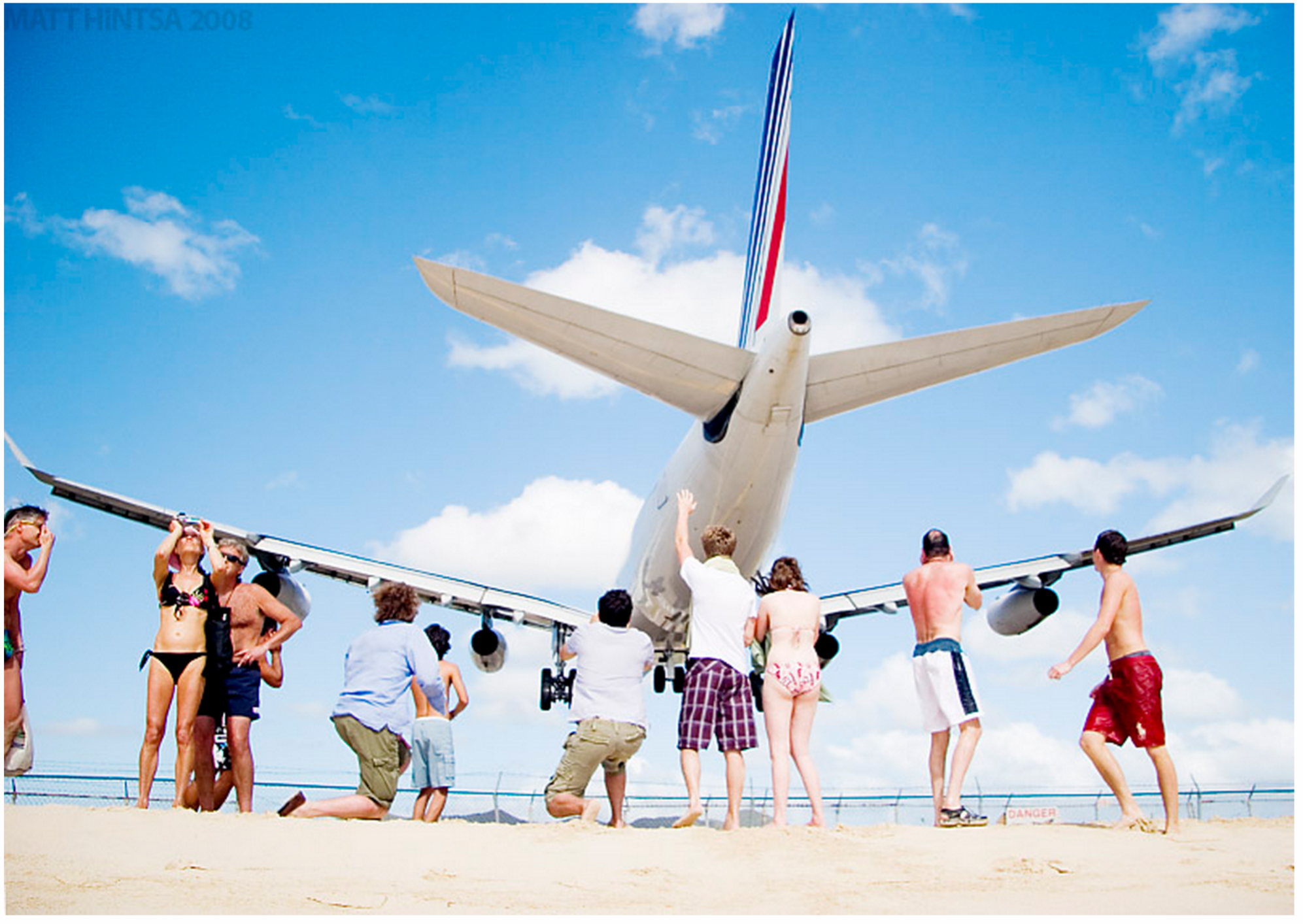 I dismissed today’s selection as being a Photoshop fake, before on second peruse looking more closely and then reading the shooter’s explanation: “Beachgoers at St. Maarten’s Maho Beach get a rush as Air France flight 488 from Paris—operated by an Airbus A340-300—passes over their heads before touching down on runway nine at Princess Juliana International Airport on Friday, March 21st, 2008”.