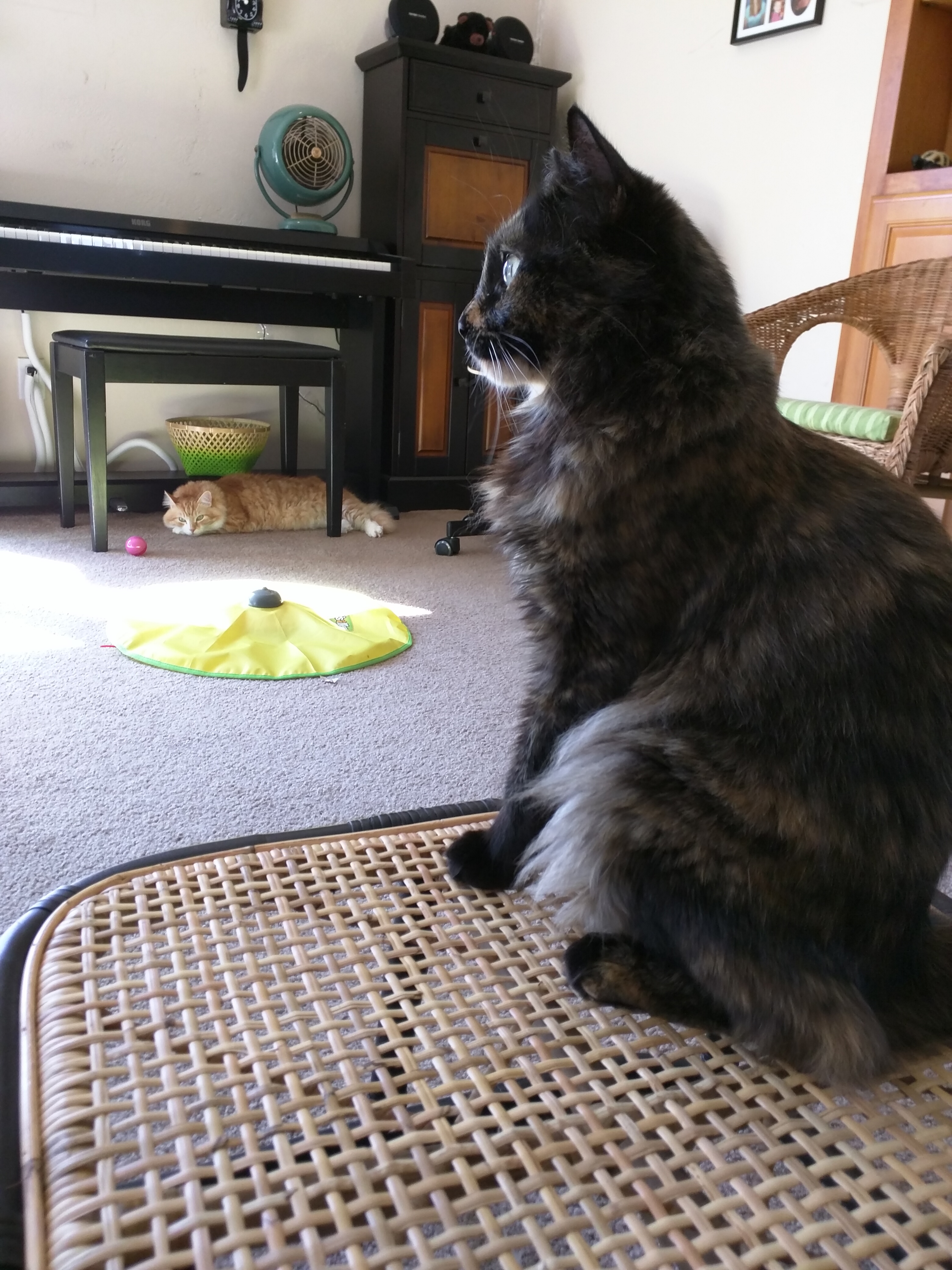 A year ago today, my daughter’s stray cat Cali moved into the Wilcox household. I want to know where 12 months went. Whoosh! As I shared last Day of the Dead, the tortoiseshell kitty adopted my daughter soon after she moved into a group house near San Diego State University, where she goes to school. We inherited the furball, after a roommate demanded she go (the girl supposedly had animal allergies).

Cali is a stoutly independent cat. She’s a hunter and would do well on a farm. Our hefty ginger, Neko, and her are a bonded pair now. We hoped they would tolerate one another, because you never know with felines, and they’re friendly enough companions. Any time two territorial cats share space, that’s bonded enough.

The photo deserves some context. This summer we redecorated our living room from IKEA’s NIPPRIG collection, which is light, fresh, and remarkably affordable. The two sofas cost $129 a piece, for example. Cali sits on the collection’s footstool, upon which I recently started shooting photos of any gadgets that I review. Curious Cal insinuated herself into my Chromecast capture. I relinquished the territory, and the bored kitty assumed the pose here—and, yes, that’s Neko sleeping by the piano.

The furniture is fabulous for the cats, not that we planned the purchase around them. It was happy circumstance that the design creates play space beneath and through. Our old stuffy leather furniture was dark and overwhelmed the space. We made a good design decision buying leather in 2007, but eight years later something physically and visually lighter is refreshing. The new stuff better fits our space, and I do intend double meaning—state of mind, too.

Besides, our daughter now lives in Ocean Beach, where my wife Anne and I would be happy to take up residence. We can’t logistically do so for other reasons. The outdoor-like NIPPRIG furniture is as close as we can get to OB living for now and feels so right for San Diego’s sunny climate.