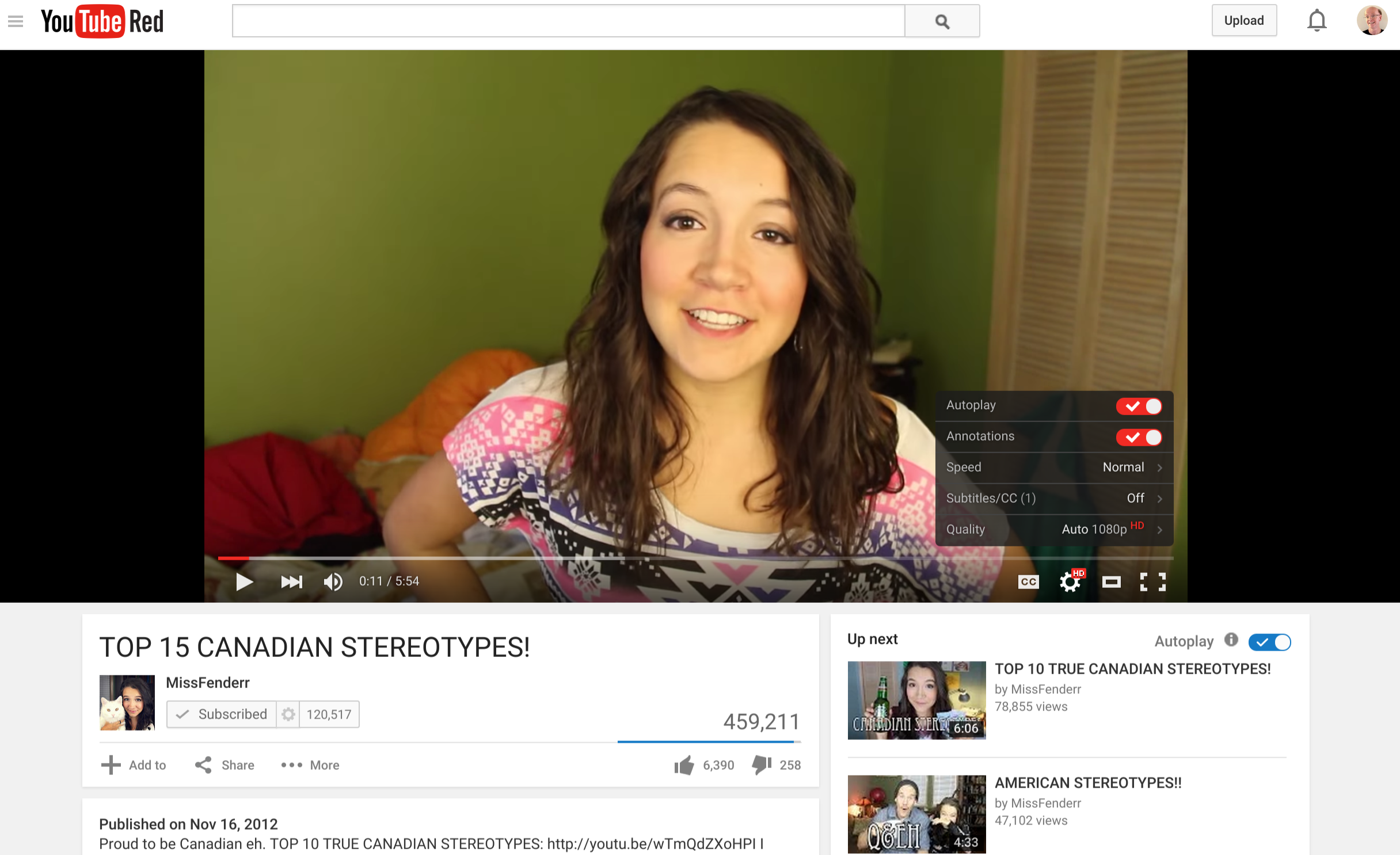 Wow, weird is my reaction to YouTube Red, which is live starting today. The experience is so different from the regular service, I am stunned. Fast-loading is the first thing, so be careful what you click—or turn off autoplay. Videos on Facebook feel like a moped racing a Lamborghini compared to YT Red.

Using this 2012 MissFender video as example: Pressing the stopwatch on my Nexus 6P at the same time I click to enter the URL, 9 seconds passes before I can start watching the vid. The time includes the auto-loading ad, how long it plays before YouTube permits me to skip, and lag caused by my own responsiveness dismissing the advert.

By contrast, the video—and every other tested—loads instantaneously on YT Red. Human perceptually, that is. By eliminating the ad-driven wait time and distractions, I likely will watch many, many, many more YouTube videos, and for longer time, than previously done.

The question, of course: What does this mean for all the independent content producers who make the video streaming service so appealing? For many who count on revenue, Red may jeopardize. Under new terms of service, vids must be available to Red as well as the standard, ad-supported service.

Warning: YT’s appeal tarnishes if taken too commercial, which includes Alphabet/Google deciding who are the YouTube stars rather than users, based on compensation and promotion. The improved viewing experience means little if content diminishes with advertising supporting it.

On the other hand, where else can content creators reach such large an audience than YouTube? Do they have any other choice? Is Red really Alphabet flexing its monopoly muscles? Or maybe, I make moot point because too few people will pay $9.99 a month for advertising freedom.

Thing is, I didn’t sign up for YouTube Red, which will be true for many other new subscribers. I have a free trial to Google Play Music that ends November 24th. If you subscribe to either service, Google gives you the other, too.

By the way, Play Music loads like Maine molasses in autumn. It feels slower still compared to zippy YouTube Red. What’s up with that Google?