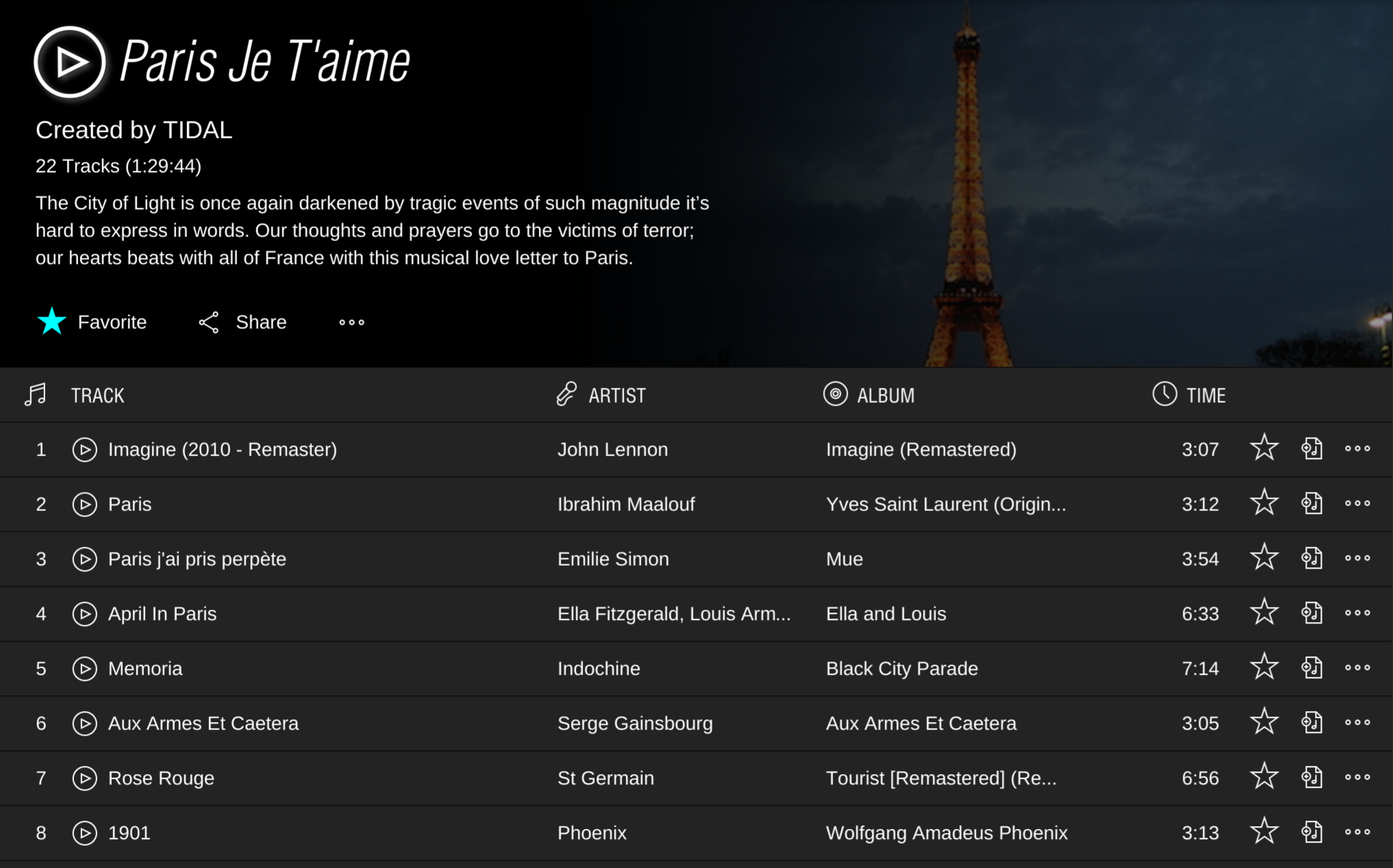 I haven’t quite abandoned Tidal, despite bassy boom when using my new Sennheiser Momentum 2 headphones. Lossless listening is otherwise enjoyable; the problem starts with the cans and ends with the music streaming service not providing a graphic equalizer. I understand there being no EQ, if the point is high-fidelity that fairly accurately represents the original recording. That said, I really need to throttle back bass, or my ears ache. Aging sucks.

Tidal’s playlists are consistently fresh and superbly curated. Today’s delight: “Paris Je T’aime“, or “Paris, I Love You”, which timing isn’t coincidental, following Friday the 13th terrorist attacks that killed 129 around the city. “Memoria”, by Indochine, is the 22-track playlist’s standout.

Many, but not all, of the songs are sung in French and make me wish I spoke the language. It’s my blood, the lineage. My paternal grandfather’s heritage was French—Canadian for several generations, originating in Normandy hundreds of years earlier. My hometown is about 16 kilometers from the New Brunswick border, and when growing up my dad’s hunting party traversed waterways separating Quebec and Maine.

While I never understood the language, I was accustomed to hearing the Canadian variant on television or in school; many of my classmates spoke French long before English. My solidarity with Parisians is personal, consciously and subconsciously.