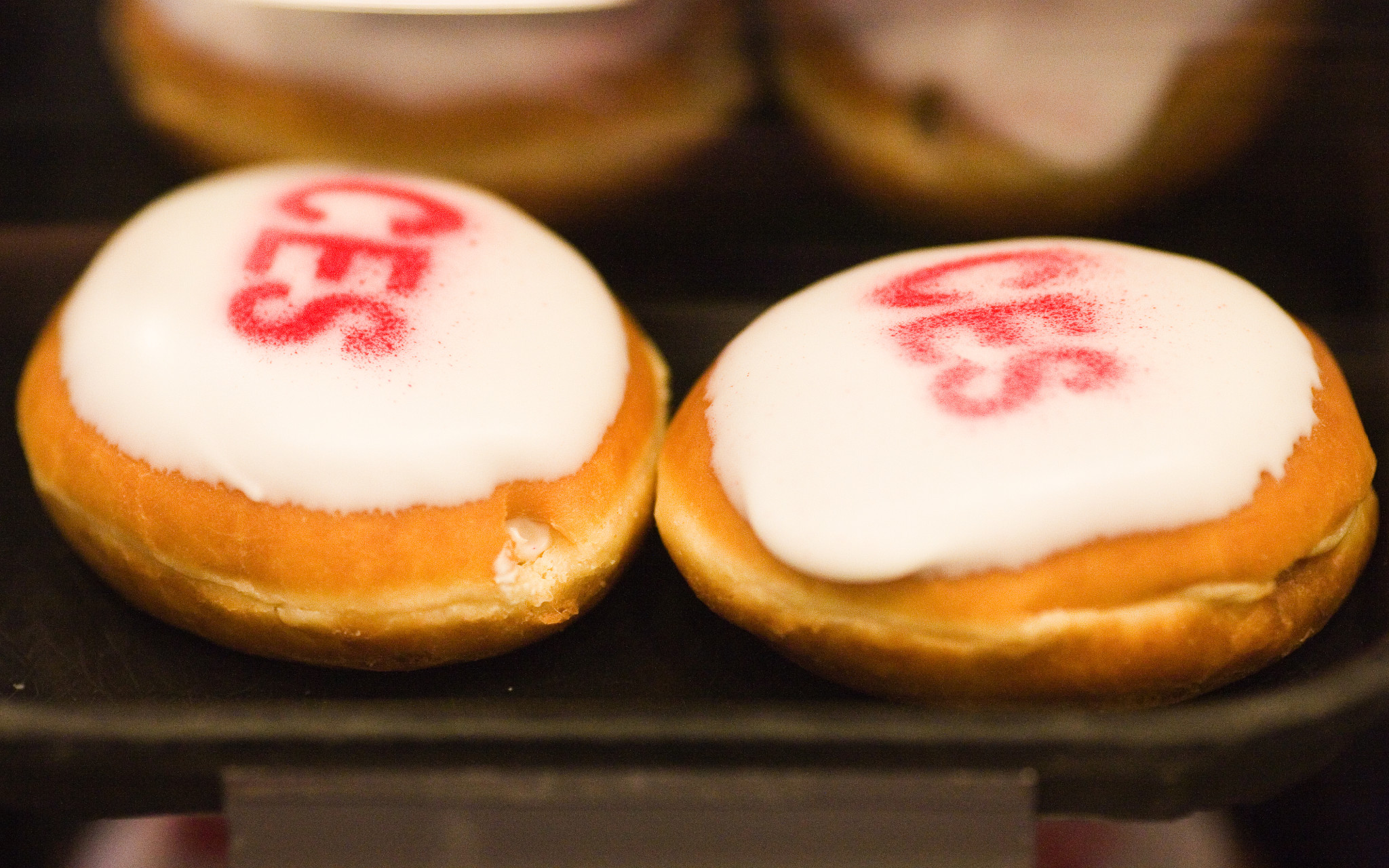 Forget climate change. CES will kill us all first—if not this one than look to 2050. Climate change scientists warn of rising sea levels causing global disaster by that year. The hot air coming out of each CES will doom the planet sooner. You want to stop carbon emissions? Disband the Consumer Electronics Show.

End of Civilization
The average human exhales more than 1 kilogram (2.3 pounds) of carbon dioxide per day. During CES 2015, the 170,000 attendees would have exhaled, normally, 177,354 metric tons of CO2. Double the number with all the bodies rushing around, crashing into one another, or having near catastrophic cardiac arrest watching booth babes gyrate. CES is a hellhole of heavy-breathing stress.

That voluminous spew ignores output from incessant chatter and the rising of CEO or other executive vocal cords exalting their new thing as the greatest invention since the toaster browned sliced bread or Las Alamos,  New Mexico scientists split the atom.

Then there is natural gas, and I don’t mean the stuff your stove-top uses. Breaking wind. Flatulence. Farting. The average person releases about 1,000 ml of, ah, natural gas every day. That would have been about 167,000 liters every 24 hours during CES 2015. But convention food sucks and makes you gassy. Meanwhile, toilet lines are long, forcing people to hold it in and pass more gas. Just double the normal number output and wonder why the Las Vegas convention center doesn’t smell like the CESspool that it is.

Airplanes, buses, taxis, Ubers—pick the vehicle, and its exhaust pipe spews carbon crap into the atmosphere. According to the Union of Concerned Scientists, “Collectively, cars, and trucks account for nearly one-fifth of all U.S. emissions, emitting around 24 pounds of carbon dioxide and other global-warming gases for every gallon of gas”.

During the typical day, there are 2,000 cabs on Las Vegas streets. But CES is anything but typical, and with Uber drivers stalking the airport and convention center, attendees are expected to wait less this year for a ride. But the cost is more CO2 emission. because there will be more cars than ever. People walking or riding bicycles have exhaust pipes, too. The aforementioned natural gas, flowing freely from all that movement from ingested overpriced, carbohydrate confections and—for Silicon Valley health freaks—greens.

I could go on, but you get it right? CES is a global killer. It’s worse than the meteor that exterminated the dinosaurs. Not even cockroaches can survive this calamity.

Prevailing theory is that this one event accounts for the majority of smog in Beijing, China. What an American export is that? Poisonous winds blow across the desert, into the upper atmosphere, over the Pacific Ocean, and across the Chinese Mainland. One week’s CES air pollution lasts for a whole year on Beijing.

Lies, Damn Lies
Air pollution isn’t the Consumer Electronics Show’s only contribution to the global condition. Noise pollution about nothing is the other. Chaos describes the CESspool, which stinks of competitive insanity. Vendors trample one another to rush announcements to get ahead of the noise. They started later this year, mainly on January 4th, or what I call Day -1. The opening keynote marks Day 0, and January 6th is officially Day 1.

The last two years, early announcements piled up on Days -1, 0, and 1. Why hold an event at all, if no one waits for the start? Or the big news is over before the first day ends?

The problem: No vendor wants to miss press coverage and so everyone yells about their products at once—either before the show actually starts or all on Day 1. Seriously, I expect little meaningful left come Thursday morning (January 7th). The pileup means that:

Maybe the stampede would be excusable if not for the inexcusable meaninglessness of the announcements. Vendors fall over themselves to boast about nothing. If CES 2016 follows past years, most new thangs won’t ship for months, with the majority arriving no sooner than summer and most others releasing for the holidays.

Worse is the crapware that blasts excitement across the InterWebs only to be forgotten a week later; thankfully, because so much of it never ships. Do you remember the smartwatch that also makes pizza? Turns out that the microwave mechanism interferes with the Bluetooth remote. Pizza Hut stock recovered when that one flopped.

The convention center quite literally rocked during the gravity belt demo. But the device never shipped, and we settled for hoverboards instead—you know, the toy banned by American University, major airlines, the U.S. Postal Service, and (gasp) New York City during holiday 2015?

The U.S. Food and Drug Administration banned the DNA-modification kit after its CES debut. The medical device promised to make buyers taller, thinner, and more sexually appealing. Human trials in Sweden showed how handsome gene modifers could be.

Who could forget the crowdfunded time machine that raised a billion bucks but delivered nothing. Who wouldn’t want one of those? During the CES demo, the startup team set the machine for 1791 and vanished. Funders were robbed of their contributions and aspirations. Post-script: A year following the demo, archaeologists made sense of mysterious human remains discovered on the convention center site in 1958. Some advice: If you’re going to build a time machine, the deserted North American desert during the French Revolution is a bad idea unless you’re certain it’s a round-trip ticket.

So let me understand: Narcissists stampede over one another to pollute the air, the Internet, and our minds to boast about vaporware? Hehe, which is public relations pollution. P.U., this show stinks. But through January 9th, an estimated 150,000 people will wallow in the CESspool, trying to clean their public images and to shine their brands. Good luck with that.

Editor’s Note: A version of this story appears on Frak That!