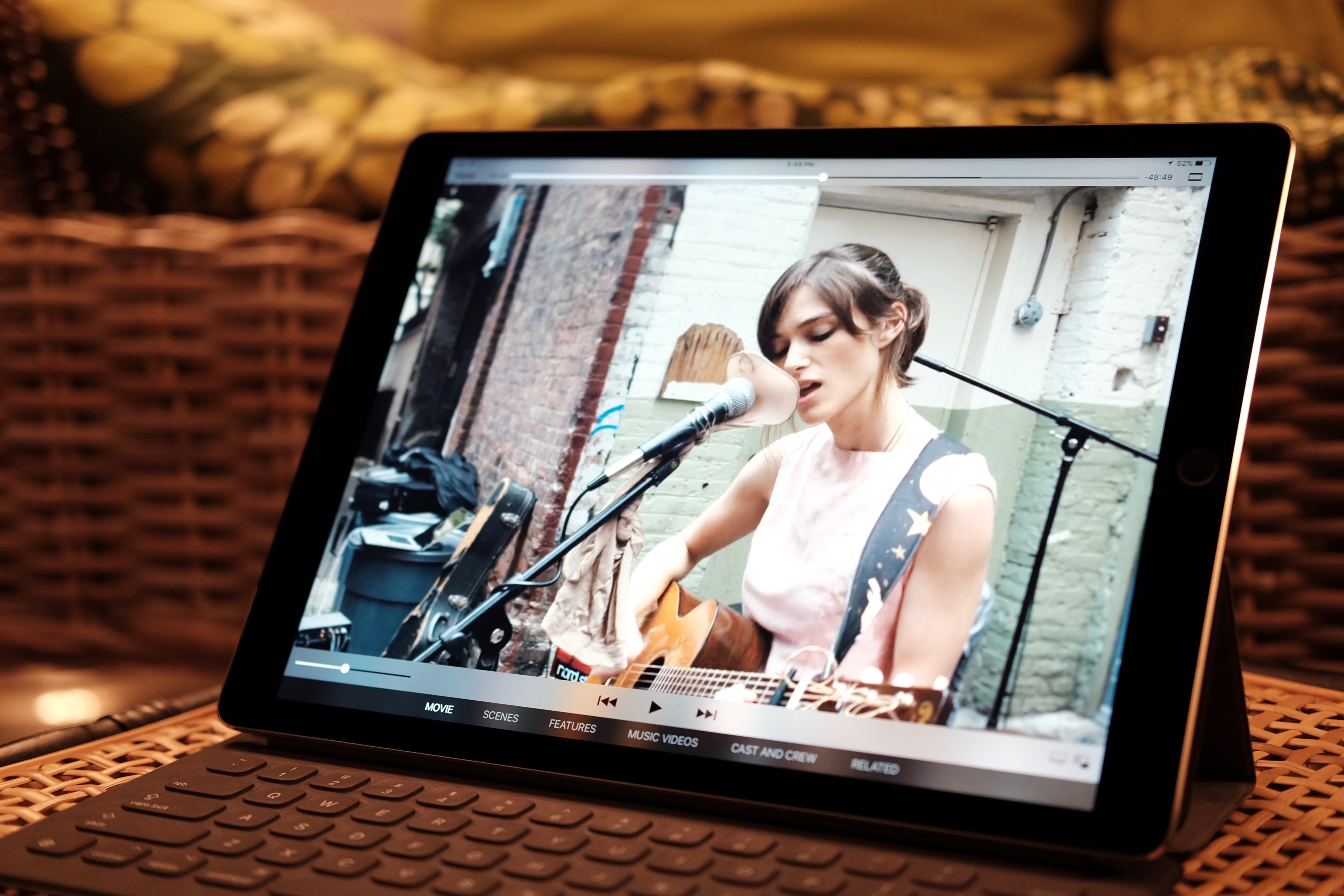 Do-Over
To recap: Apple positions its largest and costliest tablet as a laptop replacement. Call me a skeptical but willing test subject. I see the potential, much as I did with Chromebook five years ago when embarking on a smiliar experiment. Later, I adopted the Chromie lifestyle after the platform matured enough to provide adequate webapps for my needs.

With respect to apps, iOS is considerably more mature, but the utility of a tablet turned PC differs drastically from a laptop with browser as primary user interface. However, with battery life consistently clocking four hours with keyboard attached but taking more than six to recharge, iPad Pro was a non-starter as laptop replacement. The second unit delivers vastly better battery performance.

My first tablet was a lemon. It happens.

Battery life is exceptional, whether or not using Smart Keyboard—but remarkable without it. The difference disturbs me and raises concerns about any product reviews: How broad are the variances among any mobile devices, regardless of manufacturer? iOS versions and apps are identical on both devices, and I swapped keyboards, too. I now can get a full workday from the kit and several more when used only as a tablet.

I start over. February 24th is the new Day One in my quest to use iPad Pro as my primary, and perhaps at some point only, PC. Like Chromebook, the overly-large tablet isn’t for everyone, and maybe not most anyone. Apple has produced a reference design for its vision of the so-called post-PC era. Quirks are aplenty, and the app platform must, ah, expand to meet the screen’s 12.9 inches. Future posts will expand the themes.

Hardware Specs
Apple manufactures three configuration: 32GB and 128GB WiFi, for $799 and $949, respectively;  128GB WiFi and LTE, for $1,079. All three are available in gold, space grey, or silver. Mine, like the first, is the cellular config in grey. For anyone purchasing iPad Pro to do serious productivity work, I recommend 128GB. Most buyers will also want either the $99 Pencil (for drawing) or $169 Smart Keyboard (for typing), if not both.

[yellow_box] Also in this series:

Apple’s Smart Keyboard doubles as a stand, but the angle is fixed. I find it to be perfect, and I touch-type with ease. The front-facing camera is poorly placed, however. In keeping with the design of iPhone and smaller iPads, the thang is meant to be used in portrait mode, which is unwieldily given the tablet’s size and sideways fit into the keyboard kit. I understand the reasoning for conforming with the other iOS devices’ design and apps primed for it. But the front camera would be better placed center-top in landscape mode, rather than portrait.

News to Me
At this stage of my retesting, content consumption is the killer application. This is the device for which Apple’s News app was made for. Presentation is fantastic. Clicking any headline expands the story into pleasing format that typically exceeds the source’s original presentation.

The longer I use iPad Pro, the more time I spend in News than any other app. My written-word consumption is way, way up, while my RSS feeder use is way, way down. The reading experience is personal and intimate in ways I can’t easily describe. For now.

Discreet content apps benefit, too. Pinch and zoom is rarely necessary now. Websites, but more particularly news and magazine apps, are life-size readable in portrait mode. The expansive screen and 4:3 aspect ratio elevate iPad Pro above any other devices used to read anything from any source.

Video is as good, if not better, regardless from where. Rendering is smooth, colors are vibrant, and the speakers deliver warm audio and dynamic soundstage.

As the retesting continues, I will get nitty-gritty into app usability and finally will discuss the Pencil’s benefits. But for Day 1 re-do, that’s a wrap.