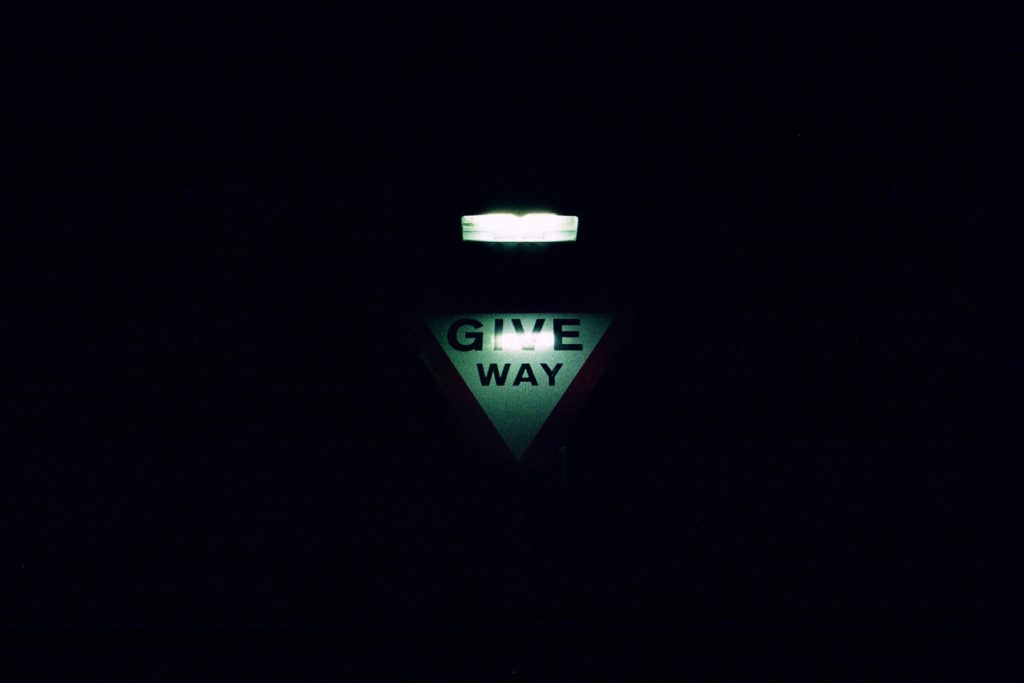 The new year ushers in a fresh, personal motto—an amalgamation of 2017’s slogan, “Everything is an opportunity“, older “Change the rules”, and another (“Why not?”) that I used for decades.

“Obstacles are opportunities” comes from an off-the-cuff, but well-meant, late-year text message response to my daughter. She struggled with something, to which I encouraged: “obstacles are an opportunity”. Then I thought to myself: “Oh, I like that. I shouldn’t forget that”.

Movement’s Moment
Starting sometime in the 1980s, I adopted “Why not?” as my personal slogan. The question wonders: why not persevere when you want to give up; why not consider other options, rather than accept tradition or circumstance; why not act, instead of hesitate.

Some time in late 2014 or early 2015, I adopted another motto, which later made sense to grudgingly give up. In movie World War Z, Gerry Lane, played by actor Brad Pitt, advises another man to come along and not remain in his apartment: “I used to work in dangerous places, and people who moved survived, and those who didn’t”—he pauses and then says in Spanish: “Movement is life”. The man stays behind, and he and his family become zombies.

“Movement is life”—what a great concept to keep. Problem: About six months later, my then aged father-in-law made me think about movement in a different way—what an older person wishes for time spent in the toilet. As someone in his Fifties, I didn’t like the connotations of that at all. Some things you don’t want to be associated with.

But the worst problem was my own creativity as a writer, and someone with knack for marketing copy. I could close my eyes and see a bottle of laxative, with text below (and voiceover): “Movement is life” “(Oh what a relief!)” Eh, yuck.

I immediately replaced that motto with “Change the rules”, which stayed in place for most of 2016. I adopted “Everything is an opportunity”, late year. The new slogan, “Obstacles are opportunities”, combines the spirit of these two others with “Why not?”

David Thinking
Obstacles are opportunities because if you meet them they compel you to act from your strengths rather than to accommodate rules of engagement set by someone, or something, else. That’s “David Thinking” in action. While I haven’t written about David Thinking recently, it remains a life philosophy, and one I adopted in high school, starting from a simple “Life Lesson” learned during a summer program for underprivileged kids.

I applied the term, and meaningful rationale, much later. March 11, 2009, The New Yorker magazine features story, “How David Beats Goliath“, by writer Malcolm Gladwell, lays out concepts for David Thinking from exhaustive research conducted by academic Ivan Arreguín-Toft. Two publicly-available commentaries offer fair synopsis of the professor’s findings: “How a superpower can end up losing to the little guys” and “Why victory became defeat in Iraq“. In an analsyis of military conflicts from 1800 to 2003, Arreguín-Toft found that the “weak actors” won 63.6 percent of the battles against established “strong actors” when they changed the rules of engagement. That statstic is shocking, because underdogs are presumed to be disadvantaged.

David and Goliath is the classic example. Had David donned armor and taken the sword against Goliath, loss and death almost certainly would have been the outcome. He instead changed the rules, leveraging his strengths: Smaller size and speed; slingshot that let him keep out of Goliath’s long reach; and skill using his chosen weapon, with deadly accuracy.

In May 17, 2009 missive “Why Apple Succeeds, And Always Will“, I applied the concepts to the company under Steve Jobs’ leadership. Apple was still David a decade ago; today it is more Goliath. The status quo. The great disruptor needs disruption; from within would be good starting place.

Innovation—whether on the macrolevel the next tech thing or, personally, lifestyle change—starts with disruption. Obstacles present opportunities for the process to begin. “Thinking outside the box” is the term so often applied, but it’s too shortsighted a concept. David Thinking is about stepping back from the rules that govern and applying sensible ones based on your strengths and capabilities.

Being Inspired
Obstacles that are real crises present opportunities to reach true inspiration. Exhibit—another valuable, older The New Yorker essay: July 28, 2008 “The Eureka Hunt” by Jonah Lehrer. He begins by retelling a firefighter’s story from summer 1949, when smoke jumper Wag Dodge led 14 other men to fight a Montana blaze. The winds changed.

In a matter of seconds, the fire began to devour the grass, hurtling toward the smoke jumpers at seven hundred feet a minute…Dodge glanced over his shoulder and saw that the fire was less than fifty yards away. He realized that the blaze couldn’t be outrun; the gulch was too steep, the flames too fast.

So Dodge stopped running. The decision wasn’t as suicidal as it appeared: in a moment of desperate insight, he had devised an escape plan. He lit a match and ignited the ground in front of him, the flames quickly moving up the grassy slope. Then Dodge stepped into the shadow of his fire, so that he was surrounded by a buffer of burned land. He wet his handkerchief with water from his canteen, clutched the cloth to his mouth, and lay down on the smoldering embers. He closed his eyes and tried to inhale the thin layer of oxygen clinging to the ground. Then he waited for the fire to pass over him.

He survived. Thirteen of the other smoke jumpers perished. Starting a fire, when another raged close, might seem counterintuitive. But the inspiration, in a moment calm in crisis, came—and, most importantly, he acted upon it.

Obstacles are opportunities to listen to your inner voice, and we all need more of this at a time when too many of us spend so much free time with smartphone in hand and eyes following the screen. These devices set the rules of engagement for too many peoples’ personal lives and their interactions with others. Change the rules. Think differently.

As I reflect on the year that was and prepare for the one that will be, I will seek to be more consciously aware of David Thinking, while remembering: “Obstacles are opportunities”.