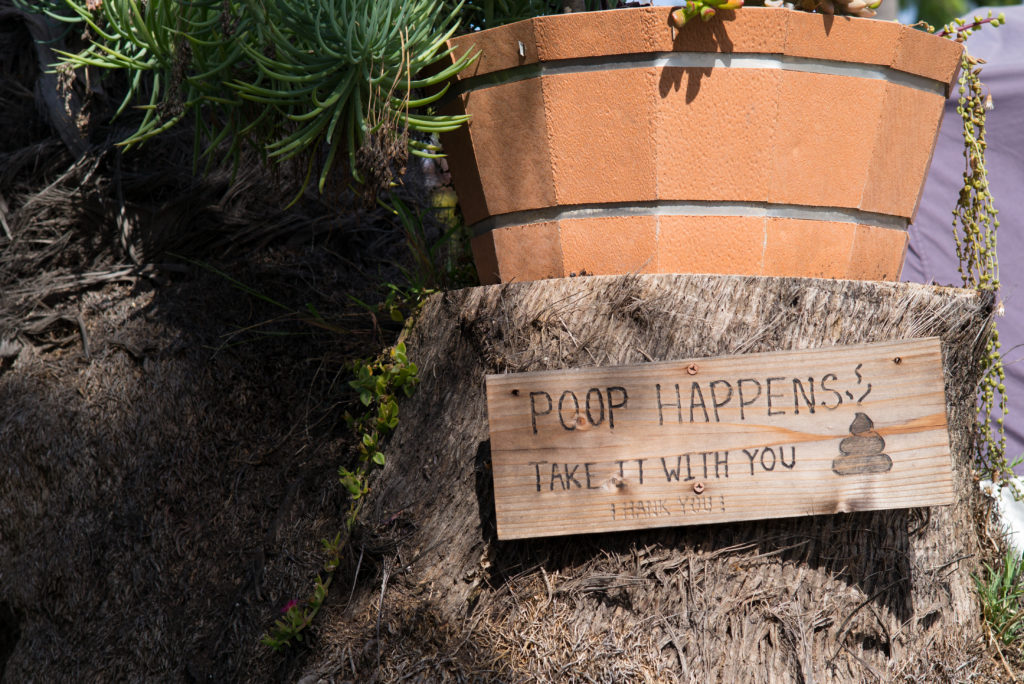 Hey, if people weren’t greedy for free services provided by these aforementioned data dealers, fewer of us would be narcissistic addicts whose eyes bulge before glimmering screens repeatedly refreshed for the next Like and comment or whose mood turns into tailspin of depression when Jony O or Janey P unfriends us.

Doggie Data
Soooo, in the spirit of my twenty-eighteen mood, Wayne will get a few stories storied with even more snark than typical from me and focused more on commentary about our digital lifestyles. In that spirit, we begin by looking at the messy business of dog owners and their smartphones.

According to the American Pet Products Association, as measured by percentage of U.S. population, nearly half of us own a dog (for the record, I have two fluffy cats). This information source offers the freshest data set that I could easily find. The number of canine-owning households is 36.5 percent, says the American Veterinary Medical Association. Combined sources put the number around 40 percent in California, where I reside, with concentrations higher in (ugh) the Silicon Valley area.

Not that you can reasonably extrapolate any meaningful correlation—oh, but I will—77 percent of American adults own a smartphone, according to Pew Research. It’s reasonable enough to presume that most woof-woof owners also have the handsets, particularly when looking at the raw percentage overlap alongside meaningful demographic data, such as age, education, generation, and income.

Okay, the scene is set.

Get the Barf Bag!
Dog walkers are everywhere in my San Diego neighborhood. They stroll the streets all hours of the day or night. Typical enough sighting: Someone walking Fido from a leash with one hand, holding up a smartphone in the other. Is it Facebook? Instagram? Snapchat? Or one of the apps for buying consigned clothes and jewelry? I don’t give a frak! But I do feel pity when seeing the cruelty imposed on these wretched, lonely beasts.

So you’re Fido, man’s (or woman’s) best friend. You’re cooped up all day in the apartment waiting for Jony O or Janey P to come home and give you a poop walk, chance to put your big snout to the breeze, and to get some much deserved love. Instead, your owner’s nose is practically glued to his or her’s smartphone, while you turn you big, droopy eyes to the ground and tug on the loose leash.

I walk four miles or so a day, for exercise and techno-escape therapy, and recently made a practice of studying these gadget-obsessed dog walkers. One day recently: I close the distance on a Gen Yer with measly mutt in tow. The woman glances away from her phone—mainly because the dog stops and tug of the leash nudges her to awareness—and she sees the sorry-looking beast doing its business.

Surely this can’t be what smartphone mannufactuers mean when in marketing materials referring to “one-hand operation”? Because she holds up the device near to her face with raised right hand and uses a baggie to grab the freshly dropped mushy turds with the left. Tying up the plastic dung holder requires both hands, leading her to contaminate iPhone with bacteria and God knows what other crap. The device chimes and she answers a call, placing the doggie do-do phone against her cheek.

After nearly puking up my cheesburger lunch—so as to have something to barf into some other time—I grab a doggie-poo bag from a dispenser placed by one of the happy homeowners that put up friendly lawn signs like: “You stink more than your dog shit. Scoop, you poop!”

Wash Your Hands!
How about another example. A Gen Y man-woman couple, presumably, walk ahead of me. He holds leash to their terrier-mix mutt, while she is engrossed chatting to someone on her iPhone. Her left arm waves in the air, while she weaves along the sidewalk like a drunk might drive a car. Suddenly, little barky stops and squats. Plop. Plop. The guy reaches down and grabs the deposit into one of the poop bags.

Is this a hostile gesture? The dude reaches up and lovingly touches the gal’s face with the same hand that primarily collected the dog’s dung. How sweet: She deserves a kiss, too. But woo, the poo! I guess this is a moment of celebrating the little yapper’s successful deposit, because she hands him the iPhone and kneels down with Fido. He takes a photo. Is it an Instagram or Snapchat moment? I’m thinking crap contamination and walk wide around them.

Maybe I shouldn’t be surprised by these and other observed instances, knowing that many people—and I am not among them—use their smartphones in the bathroom. I have walked into public toilets and witnessed men talking on the phone while standing at the urinal. Or heard men squatting in the stalls taking business calls. (Well, I guess that’s one way to express your true feeling about meetings. Shit time.) I can only guess what goes on in ladies’ public bathrooms.

If these toilet talkers (or lookers) don’t mind their own crap bacteria on the devices, why should Fido’s be a bother, eh? Several studies show that smartphones already are germ factories. Why make them worse?