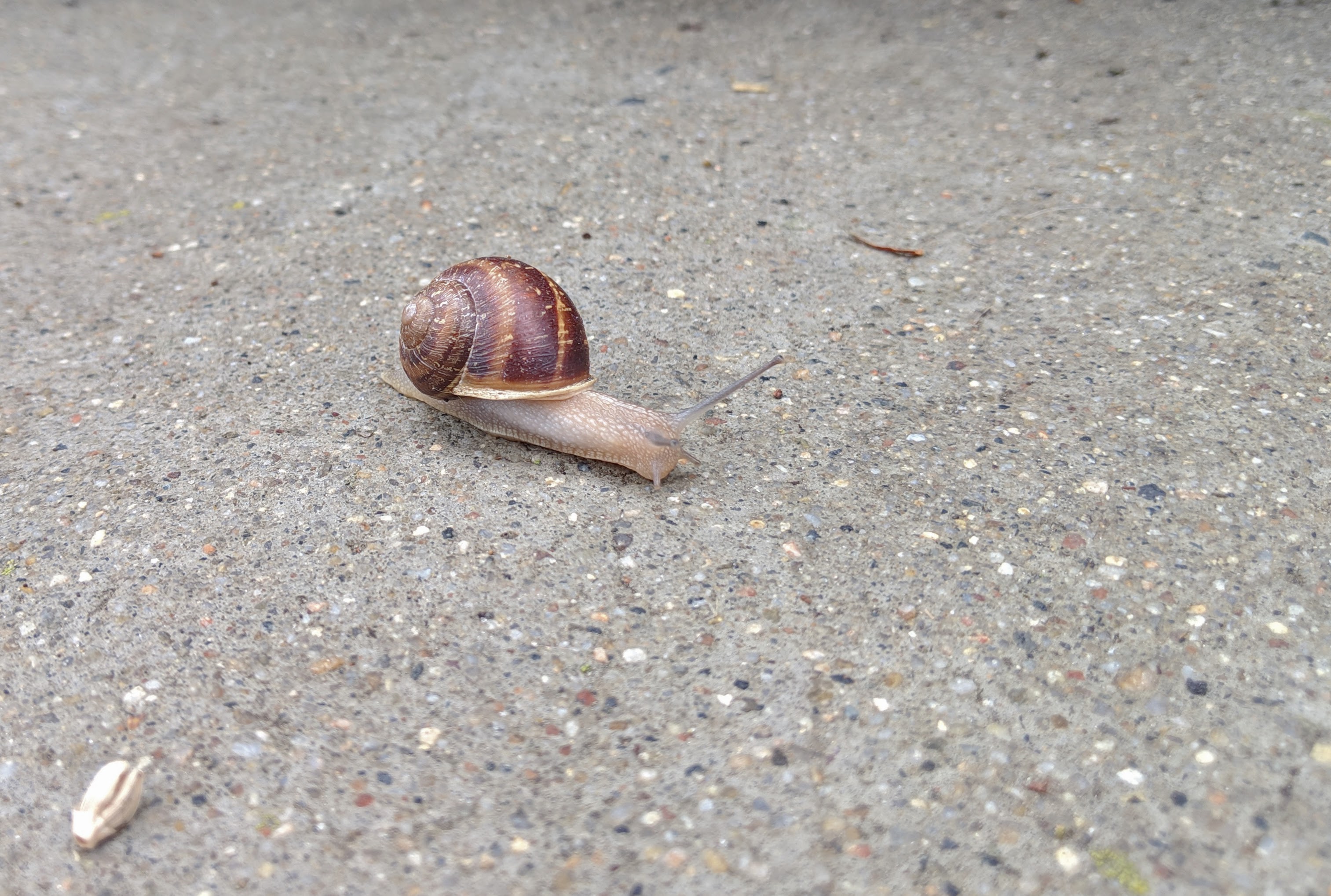 Dumb-ass Me
Let’s go backwards and move forward. On November 15, after posting my missive about the first shipment mistake, I drove down to the local Apple Store and spent about 70 minutes looking at new iPhone models. I eventually bought a XS Max under Apple’s upgrade program. But at home, the fruit-logo company’s Move to iOS app wouldn’t connect the smartphones. After a dozen attempts, five failed troubleshooting solutions, and three system resets, I decided “enough”. Two-and-a-half hours after the purchase, I stood inside Apple Store returning the iPhone. What’s that saying about hindsight being wiser? If only I had kept the XS Max…

During the following days, I continued to nag Google Store about remedying the problem that the company created. Assurant demonstrated superior customer service by assigning an agent specifically to me. I can call her directly, which isn’t an option for Google Store support. But her efforts, while determined, have yet to unclog the bureaucratic backup leading to the Google Store sewer, which aptly describes where floats my unresolved case alongside the other customer service refuse.

As Black Friday approached, and certainty that Google Store support might be overrun by holiday shoppers virtually stumbling over one another, while sales emptied manufactured inventory, I decided to buy another Pixel 3 XL. I could sort out the shattered screen miscreant later. Four options tempted: Best Buy’s instant $400-off; Verizon’s $200-off, plus another $200 in monthly credits; Project Fi’s similar deal; and Google Store’s $200 discount. Either of the first two deals meant taking a Verizon-tweaked Pixel, but I would have gone with Best Buy had the most-appealing models not so quickly sold out.

Before seeing the Fi special, I foolishly chose Google Store, for the benefit of unlocked device, pure Android OS, and assured, quick updates. Besides, I easily qualified for 0-percent financing, which softened the financial hit of buying a Pixel to replace one that shouldn’t need replacing this way. Hours later, after learning about the Fi deal, I greedily started the order process (the family had preliminarily planned to switch to the service anyway). But that process faltered when I failed to qualify for financing. Why on Earth would two Google operations use different credit bureaus? I lifted a freeze for one, but Fi checked another. Maybe I could have pushed past the obstacle by lifting another freeze. But it was late in the day, and Google Store assured Monday delivery. Oh, the mistakes we make!

Not Again!
I still hoped that Google Store might resolve the first shipment snafu, and I could use the second phone in the meantime and even send it back during the 15-day return period. But those plans shattered as badly as the first Pixel’s screen. The new phone arrived, but the IMEI on the order didn’t match the one on the product box. WTF? If not for what happened with the other order, I wouldn’t have thought to check the numbers. You got to wonder: How sloppy is Google Store fulfillment, such that there are (perhaps many) other purchasers out there sitting on ticking customer service bombs? Because if there is Preferred Care attached, but the IMEIs don’t match, there’s no Assurant coverage for you! I presume such error is more problematically solved the longer the time from purchase.

Contacting Google Store support proved to be a pointless head-banging-the-wall endeavor. Wait times, for call back, was 1 to 3 hours. Abandoning all hope, I went to my order page and started the return process. But, alas, when the authorization form arrived by email, Google Store specifically identified the Pixel 3 XL by IMEI, which matched the order and not the device I received. Sending the thing back would only make matters worse.

As the night droned on, I made three attempts to reach support. Of course! At 12:05 a.m. on the 27th, as I changed into my jam-jams, a support specialist rang. After proceeding nowhere meaningful within 10 minutes, I thanked the guy and disconnected. I was tired. Besides, I believed that another avenue had opened, leading to the Google support HOV lane. Naturally, I was mistaken.

While waiting for that callback, and frustrated about the whole damn situation, I went to Twitter, posting three tweets:

AGAIN, @GoogleStore royally screwed up a #Pixel3XL order. IMEI of the phone sent (according to the order) doesn’t match the one received. I tried to process a return but can’t ship it because the IMEI is wrong. WTH? Fulfillment problems shouldn’t be this frequent. Twice now…I regret giving @GoogleStore another chance. Call me stupid. I ordered the second #Pixel3XL after another @Google fulfillment error rendered the Preferred Care warranty useless. That’s what happens when IMEIs mismatch, due to distribution snafu, and you shatter the screen…In each instance, the #Pixel3XL I ordered from @GoogleStore wasn’t the exact item received. Both phones were shipped by Ingram Micro CFS in Mira Loma, CA. If device is financed or Preferred Care is attached, everything must match, particularly IMEI. Fire the distributor, @Google.

That quick tirade resulted in a Direct Message from @madebygoogle, which led me to hope that finally there might be resolution to the more recent fulfillment error and perhaps even both. But when I awoke in the morning, the follow-up DM crushed my expectations. The Made by Google tweeter asked if I had contacted support and been issued a case number. If so, provide it. Ah, yeah.

Holiday Logjam
Thus commenced the first of two more Google Store support calls, separated by about six hours. The process was identical to my experience with the first misshipment. The specialist asked that I send a screenshot of the order showing the original IMEI (which made no sense since he could see that information on his computer); a photo of the product box showing the different IMEI (which I took and sent); and a screenshot of the IMEI from the Pixel settings (which I refused to do). We argued a bit about my reluctance. He asked why not several times, like doing so meant nothing. But from my viewpoint, following his instructions meant everything. The difference is a product box with unbroken seal—meaning new—and a device that is used.

The second support call likewise led nowhere. The specialist needed to consult the shipping and returns department. But, with long wait times even for him, he ended our call promising to get back to me. He didn’t. The whole point of ordering the second Pixel was to get past the Holiday logjam. Now it crushes me.

Both mis-shipments share the same point of distribution: Ingram Micro CFS in Mira Loma, Calif. To repeat: The first delivery wasn’t at all the device purchased. The second Pixel phone’s IMEI doesn’t match the order. Warranty repair or replacement isn’t available for the damaged device, even though I paid $129 extra for coverage. The other, which is still new in the box, can’t be returned, and same warranty problem applies. Then there is financing, which was secured for a Pixel phone not in my possession. I sure would like to know where the thing is.

November 28, 7:55 a.m. PST, I received email from a Google Store support specialist, who said that he had contacted the “dedicated team”, whomever they are, and that he “was informed that they need a picture of the SIM card tray”. Say what?

I replied: “Let me confirm: You want me to break the seal on a new phone? Why isn’t the box shot verification enough? What can I expect the ‘dedicated team’ to do and when? You must answer these questions before I agree to essentially turn a new phone into a used one”.

About two hours later,  “a member of the Advanced Support Technician team” emailed. Excerpting the communication: “After reviewing the case history about this, my understanding is that you’re tired of going between Google and Assurant over this device because of the original order mixup. It looks like you’re just asking to be able to return the Black Pixel 3 XL with IMEI [redacted] and the damaged screen, because you’ve already replaced it with a new order. Is this correct?”

I explained about the new problem, then continued: “Options I see: 1. I can send back the damaged phone for refund, if you like. But the IMEI mismatch would still need to be resolved for the second phone. 2. Assurant could process claim for the first phone and Google Store could take back the second one—and, please, correct the IMEI mismatch so the RMA properly processes.

“At this point, even though I think it’s a little bit unfair to Google Store, I would prefer option 1: Return the damaged phone, receive refund, and keep the second (and still unopened) Pixel 3 XL Just Black. This process has been a customer service nightmare. I am owed something for my time and troubles. What would you like to do?”

A day later, I still await his answer.