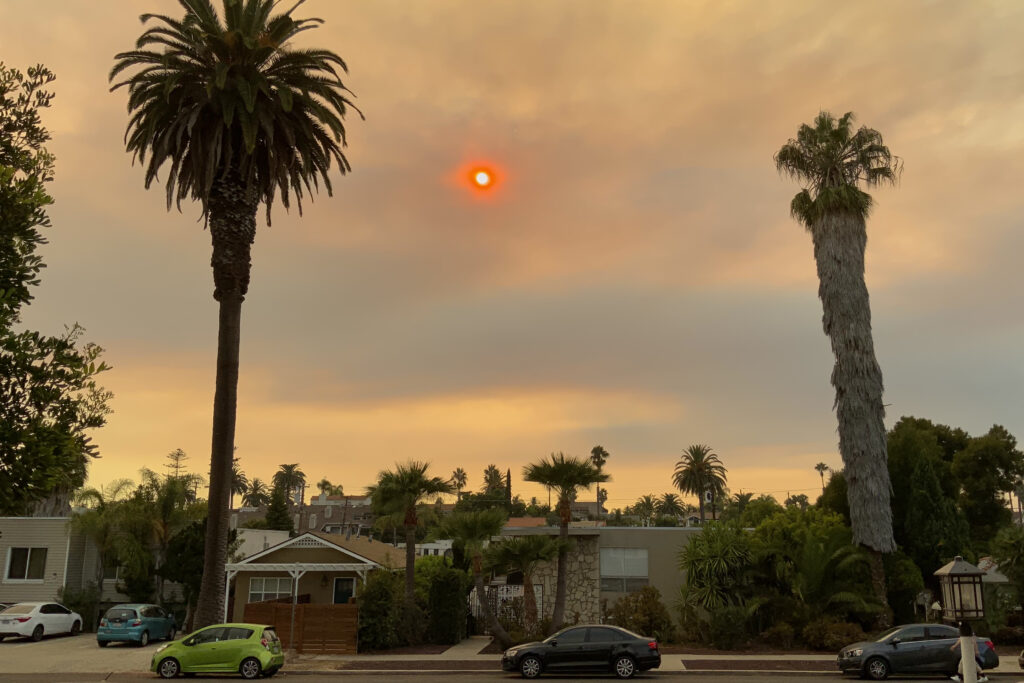 Late this afternoon, my apartment filled with an eerie orange glow—like nothing ever seen in the nearly 13 years living in San Diego.The aura created an end-to-the-world ambience—something like the approaching solar winter of sci-fi film “Sunshine“, which is among my most favorites.

Already, heat scorched the city; hours earlier, based on GPS weather forecasting, 102 degrees Fahrenheit (39 Celsius) outside my residence. A friend up North in Pasadena reported 114 F (45.5 C) at 11 a.m. PDT.

The glow’s cause is easily identified. The Valley Fire rages near Alpine, which is about 42 km (26 miles) to the East. Odd, isn’t it, that clouds forming from the smoke blanket the Westward horizon many kilometers distant.

Update, 7:22 p.m.: The smell of smoke fills our apartment—and, yes, from the distant wildfire.