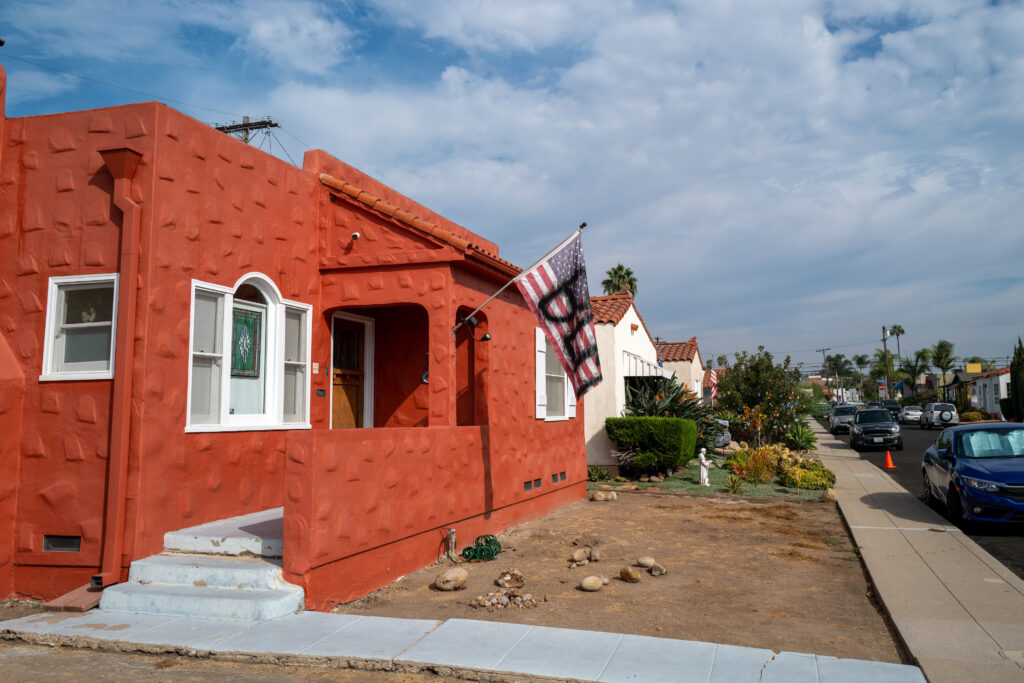 The Featured Image looks down the charming row of compact homes. Its companion reveals greater context, if looked at closely. Two unadulterated American flags can be seen, and they hang from four residences—the last bearing BLM, as if emboldened as an affront and statement of indignation to the others. Maybe I assign motivation but consider the raw emotion that rivets protestors and rioters across the nation. 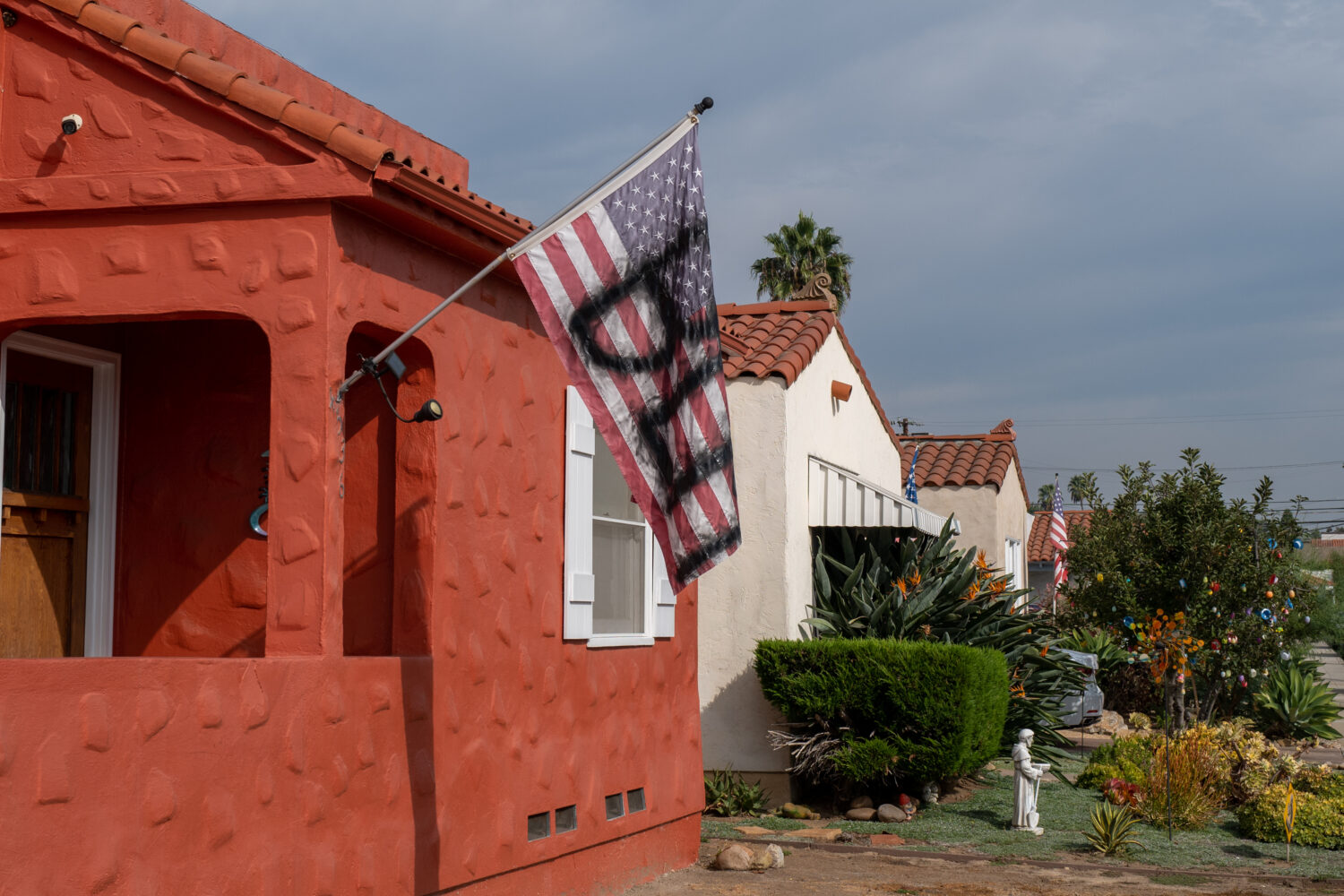 According to the US Crisis Monitor, a joint collaboration between the Armed Conflict Location & Event Data Project (ACLED) and the Bridging Divides Initiative (BDI): “The United States is at heightened risk of political violence and instability going into the 2020 general election”. Reasons include rise in hate crimes; economic and societal lifestyle disruptions resulting from SARS-CoV-2 (severe acute respiratory syndrome Coronavirus 2)—also known as COVID-19—restrictions; and “George Floyd’s death in police custody” sparking “a massive wave of protest across the country”.

Continuing: “Floyd’s death prompted a surge of demonstrations associated with the Black Lives Matter”, which “quickly spread from Minneapolis throughout the country. Between 26 May, the day after Floyd’s death, and 22 August, ACLED records over 7,750 demonstrations linked to the BLM movement across more than 2,440 locations in all 50 states and Washington, DC”. Riots occurred in 220 of those locations and continue. 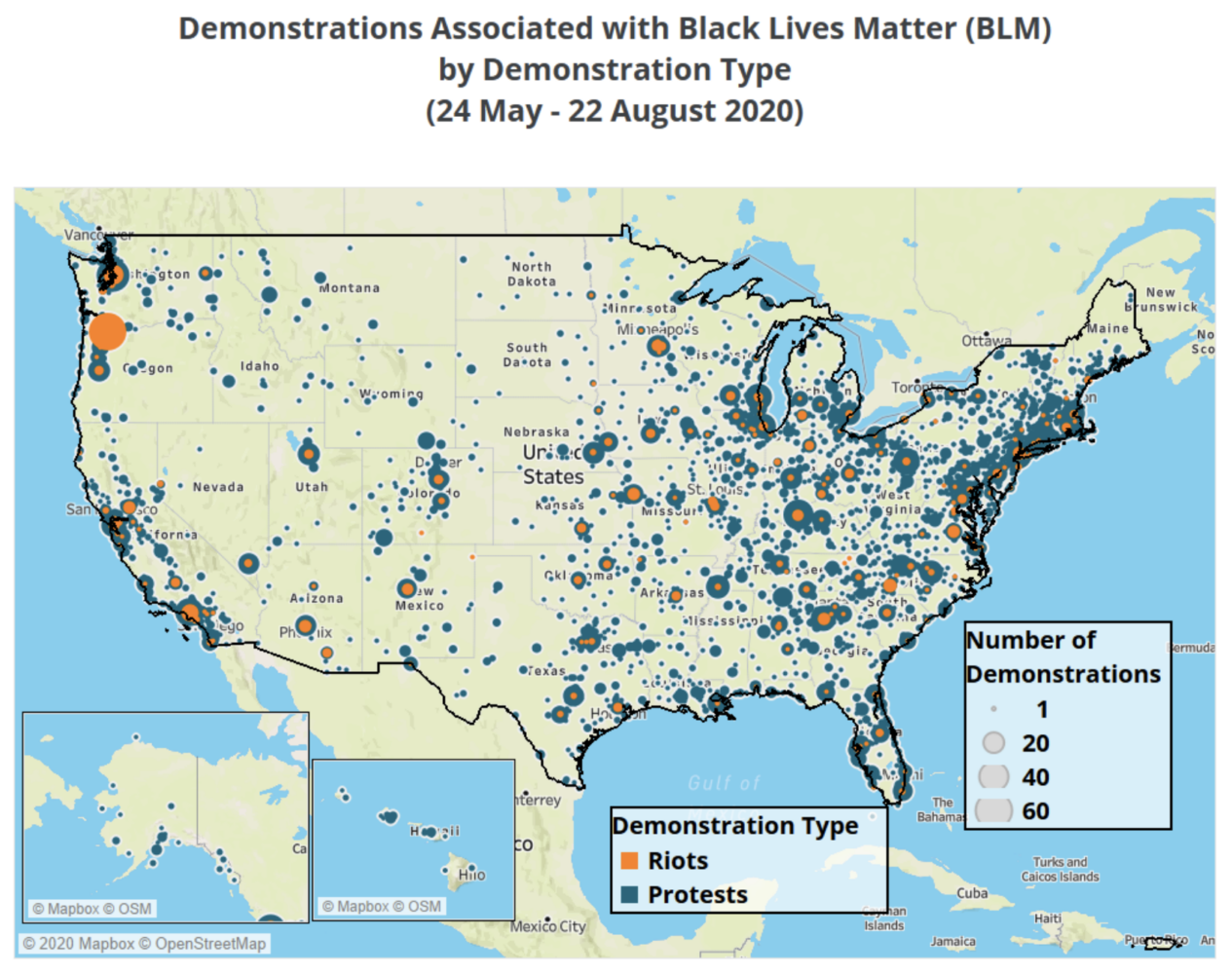 As I write, the data set is current through October 3. BLM is associated with 65 percent of the more than 14,000 “demonstration events”. The political organization’s indictment that the United States is plagued by systemic racism, citizens’ frustration about COVID-19 lockdowns, rallying opposition by would be patriots against riots and the shutdowns, and the divisive Presidential election are a tinderbox for fiery emotions.

In all my neighborhood—and I walk pretty much everywhere—the BLM-spray-painted American flag is by far the most extreme and emotional statement of sentiment, turning a symbol of the United States into one of solidarity with the ambitions of a political movement determined to upend the country. Old Glory has newfound purpose for which some San Diegans will support and others oppose. I see something more: Shirley Ann Place as a microcosm for a chasm separating many Americans along cultural, ideological, philosophical, and political perspectives.