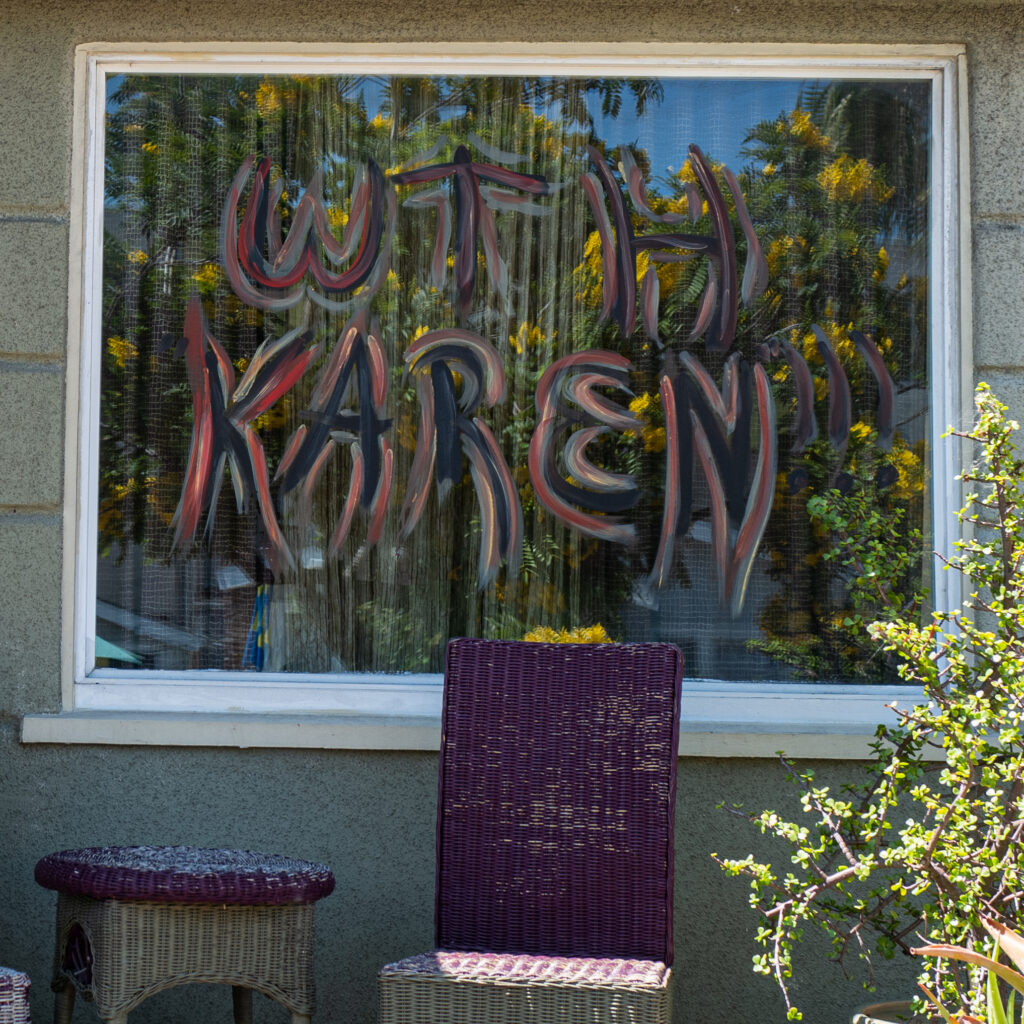 Many Karens and Kens apologize for their behavior, which gains them more misery. The gleeful social media mob mocks them ferociously for the repentance, and admission assures retribution from someone or something—perhaps an employer or local prosecutor; to acknowledge the moral misdeed is to put head into the noose—or guillotine. Because the mob forgives nothing.

Body-Slammed
Few years ago, as I (wrongly) walked out the Mission Valley Target Entrance doors, a huge Hispanic woman body-slammed me against the wall, moved her face close to mine, and angrily yelled (scolded, if you insist) at me for exiting the wrong way. I let the moment pass, because she was a woman, who was of color and whose ferocity would be risky challenging. Besides, a husky man walked with her—and both of them were at least 30 years younger than me. Confrontation could only end badly, so I took the abuse and scoffed it off as pseudo-payment for my race’s sins.

But by today’s mob-executing standards, setting aside skin color, the woman’s behavior fits the Karen caricature. She might have become an Internet spectacle had someone videoed the incident and it occurred in 2020. Vilification could be assured if races were reversed—a large, 30ish white woman body-slamming a skinny, middle-age man of color.

Racial Reckoning
The social media mob’s ranker expressed against so-called white Karens is part of the year’s racial reckoning ignited by the death of a black man (George Floyd) in police custody. Hours earlier, on the same May Day, a white woman called the cops on an African American male; smartphone video of the incident lead the Internet lynch-mob to dub her the Central Park Karen. I won’t defend her behavior, nor do I support her figurative public hanging—where the noose repeatedly closed then opened around her throat as she was ridiculed, fired, and prosecuted. All the while, the mob mocked her and self-righteously rejoiced in her suffering. How ironic, and appalling, that people brandishing “I can’t breathe” signs in support of Floyd, suffocated Karens—sought to choke the life out of them.

Day-before-yesterday, The Guardian published “The year of Karen: how a meme changed the way Americans talked about racism” by Julia Carrie Wong. The story gives reasonable context for the white woman stereotype, which in part derives from real racial events involving the original KKK (Klu Klux Klan).

But do so-called modern-day Karens deserve to be figuratively stripped naked and beaten in the Internet public square for perceived, or real, misbehavior captured by smartphone video? Be careful what you answer. Karen today could be you tomorrow, depending on how the social media mob’s moral authority changes direction.