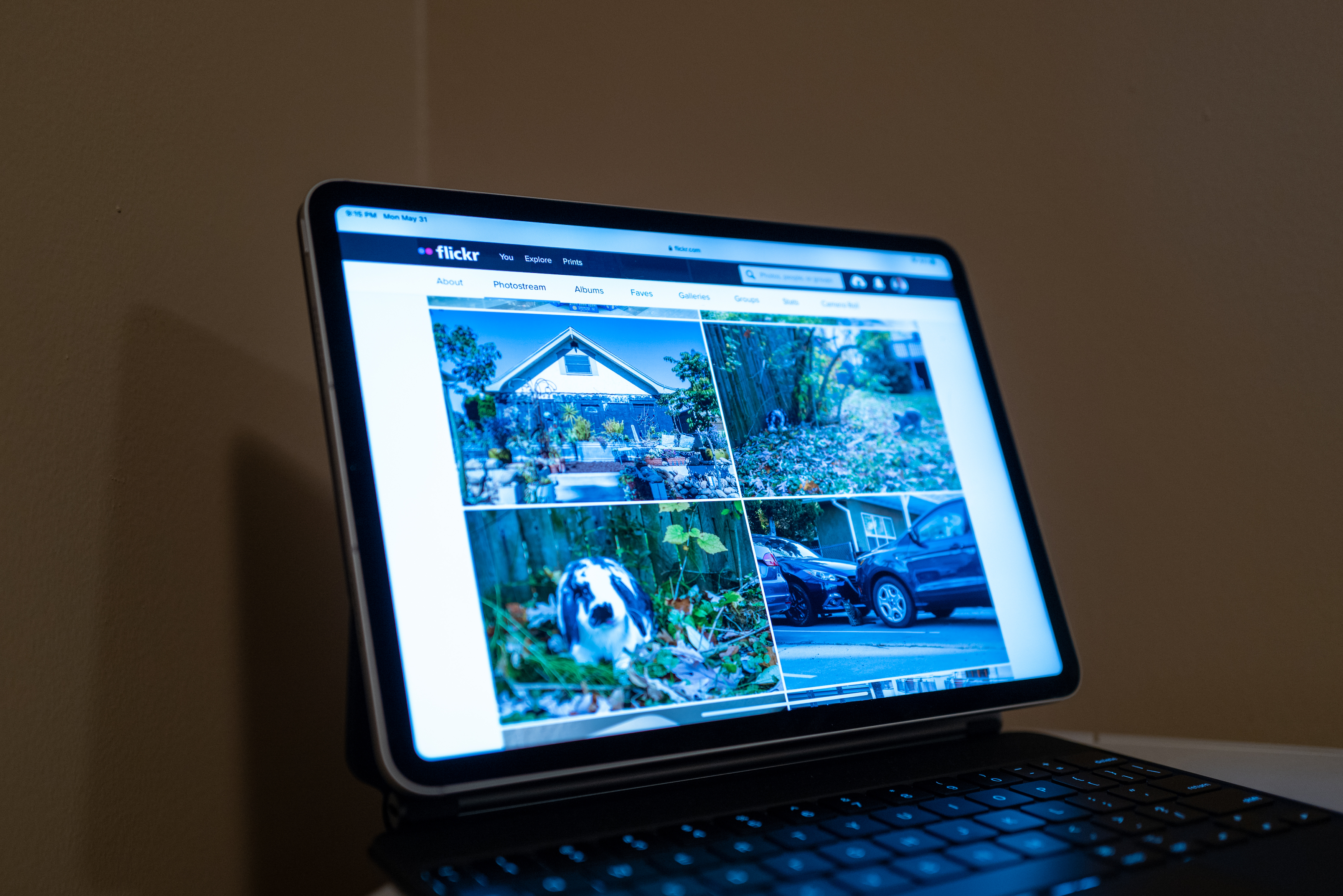 The month ends with a new tablet—11-inch iPad Pro M1, 16GB RAM, 1TB storage, WiFi + cellular—purchased yesterday online, picked up today at Apple Store. I chose the silver variant simply because it was in stock. My wife inherits the previous generation model—same screen size, storage, and wireless—that I acquired nearly 14 months ago. That one replaces her 9.7-inch iPad Pro (256GB WiFi) released in 2016 and bought in November of that year.

Given my concerns about the economy, inflation, and supply chain problems, the Wilcox household is upgrading computing hardware a little sooner than would be typical; Apple’s new M1 chip makes the timing marginally good for future-proofing.

For Annie’s birthday, last week I replaced her 2018 model MacBook Air with the 2021-release 13.3-inch MacBook Pro M1 (16GB RAM, 1TB SSD). The laptop is more powerful than she needs, but we could share in a pinch and I expect the loaded config to retain higher resale value should we want, or need, to sell before the next expected upgrade—when the AppleCare+ warranty expires in three years.

The 12.9-inch iPad Pro M1 display is amazing; I really wanted to buy the larger tablet. But the cost is ridiculous; the dimensions are too big for my daily hand-held use; and choosing the same size and style allows Annie and I to share some peripherals—such as the keyboard cover seen in the Featured Image.

I toyed with going bigger because a tablet is my primary computing device for content consumption. If Apple software offered as much utility and promise as the hardware, I seriously would have considered selling my 16-inch MacBook Pro and buying the larger tablet to use for everything. But iPad OS is nowhere good enough to replace my computer. Not yet.

Annie and I both own an iPhone XS, which we purchased two years ago next month. We will wait until this year’s models are announced, presumably around September. Correction: Likely. Because I expect Apple to jack up prices during the next release cycle (like the newest iPads), buying now makes some fiscal sense. However, I hope that the company will standardize chip architectures across all platforms. That’s a benefit worth waiting for.