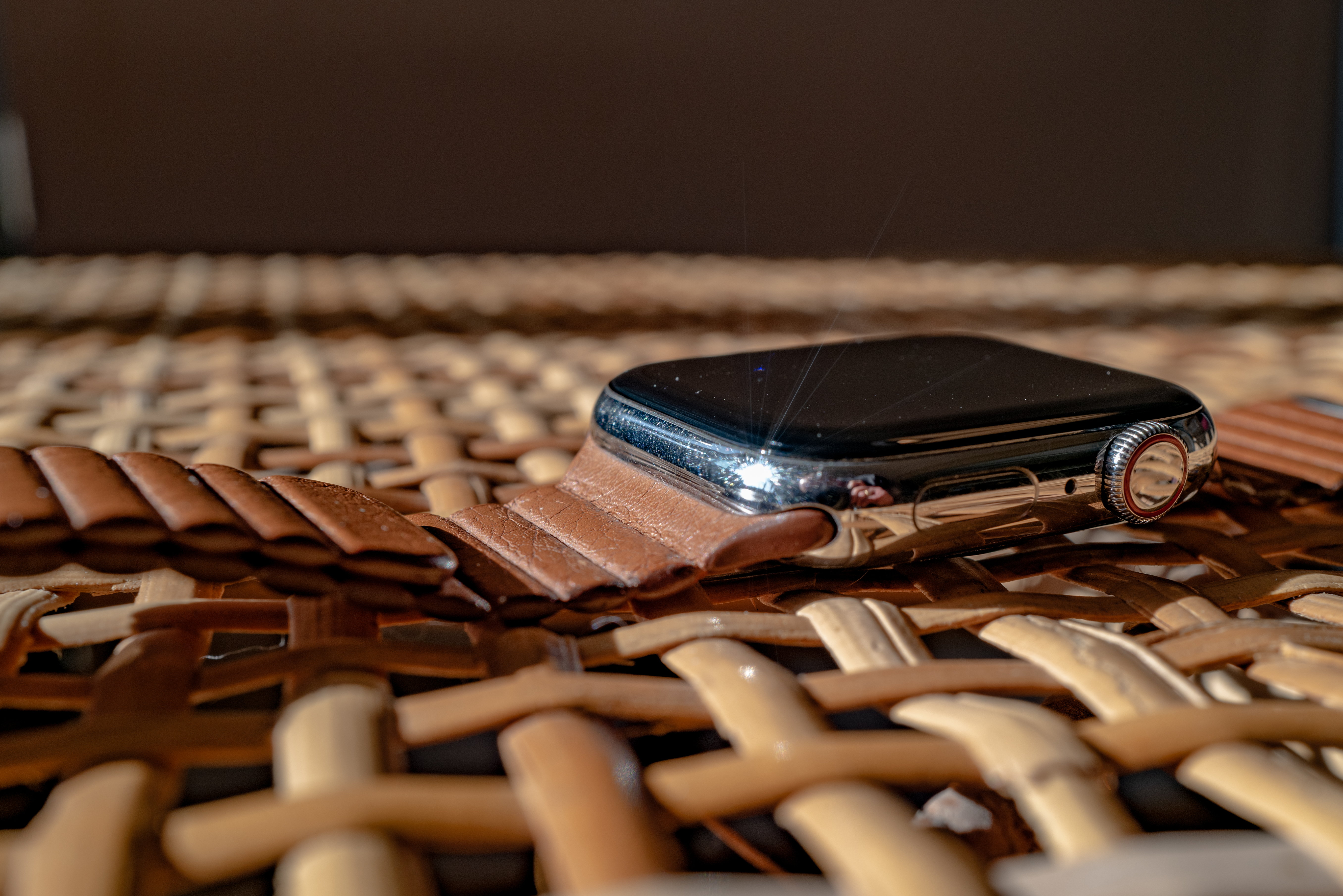 Today I put aside the Apple Watch Series 5 (cellular) purchased in September 2019. I long considered taking such action but hesitated, knowing that if (or when) wearing stopped there would be an unrecoverable break in the activity tracked and logged in the Fitness app. Criminally egotistical as it may be, I relished the consistent achievement of my exercise, calorie, and movement goals. That’s the problem: the smartwatch provided little other meaningful benefits, and I long ago adopted a daily routine that needed no tracking to maintain.

I realized that the wrist computer had come to give me a little dopamine kick—or something like it—that obsessed Facebook, Instagram, and TikTok users get from checking their posts for comments, likes, and other reactions. A glance would reveal my pulse, which typically is in the low fifties when I’m not active; that made me feel good. Then there was Pavlovian-like preoccupation with starting (and ending) activities like walking in the Fitness app. What’s the outside air temperature? Twist the wrist. Who sent that text message? Twist again. “What are my active calories?” Twist and tap.

Call Apple Watch my bad habit—or maybe my addiction. Two summers ago, I suspended my Facebook account, allowing an escape from the social media trap that has hooked hundreds of millions of people. They’re like hamsters running the wheel in the cage to nowhere or the monkeys pressing the handle for kibble. These addicts need a 12-step program, and the way I used Apple Watch made me one of them. No blame is intended to the fruit-logo company. I could have sought satisfaction elsewhere, and I will. That’s why the device sits in a drawer; if I break my habit, there it will stay.

But this isn’t the first time—just needs to be the last. In late May 2017, I put aside the second-generation smartwatch, mainly for the other reason now: distraction. Lot of alerts, messages, and other prompts demand attention throughout the day—and I have some of the most frequent (like email) turned off. How I described them when giving up the Series 2 remains as applicable to its successor:

These nags are disruptive, distracting, and I can’t help but wonder what nutcases turn them on for Facebook, Instagram, and other ridiculous temples of narcissistic worship. If the alerts don’t drive you looney, you got to be a mental hospital patient candidate to allow so many of them. Is not a smartphone—hehe, criticizing parent or partner—nuisance enough? My neighbor’s dog, who has bladder problems and wees way too often, demands less attention than Apple’s divine device blessed as companion to the Jesus phone released during the second coming of Steve Jobs.

Before returning to Apple Watch nearly 20 months ago, I wore mechanical timepiece Tag Heuer Carrera Calibre 7 Twin-Time; the beauty resumed wrist wear on this sunny June 1st. My experience on this first day is somewhat reminiscent of that expressed after giving up the Series 2:

Strange thing, the extent of Apple Watch behavioral conditioning surprises me. Starting sometime during the first day after re-boxing the device, I felt a vague sense of loneliness and even mild depression—presumably in absence of the annoying, but ego-lifting, exercise prods and goals-achieved badges. The thing was my constant companion, except when recharging or when I showered. Perhaps we miss the obnoxious, noisy friends most for the silence their departing leaves behind; even in the joy of parting.

I do feel a sense of relief and freedom from putting aside the Series 5, which eventual disposition is yet to be decided. If in a month, I have gained five or 10 pounds extra weight then something exercise-assisting could be needed. If, and hopefully not when, I will look at less-distracting replacements.

Moving on to the Featured Image, let me discuss the backstory. I shot something else yesterday that turned out disturbingly disappointing. I used Leica Q2 Macro mode for both—shocked by how many particles could seen on the screen even after cleaning. For the other photo, I turned on the smartwatch—upon which face my fingerprint could clearly be seen. Damn! The camera is too good. Surely security something could come about from distributing any of my fingerprints across the InterWebs. So I discarded that photo and made another. Vitals, aperture manually set: f/8, ISO 125, 1/125 sec, 28mm; 5:34 p.m. PDT, today.