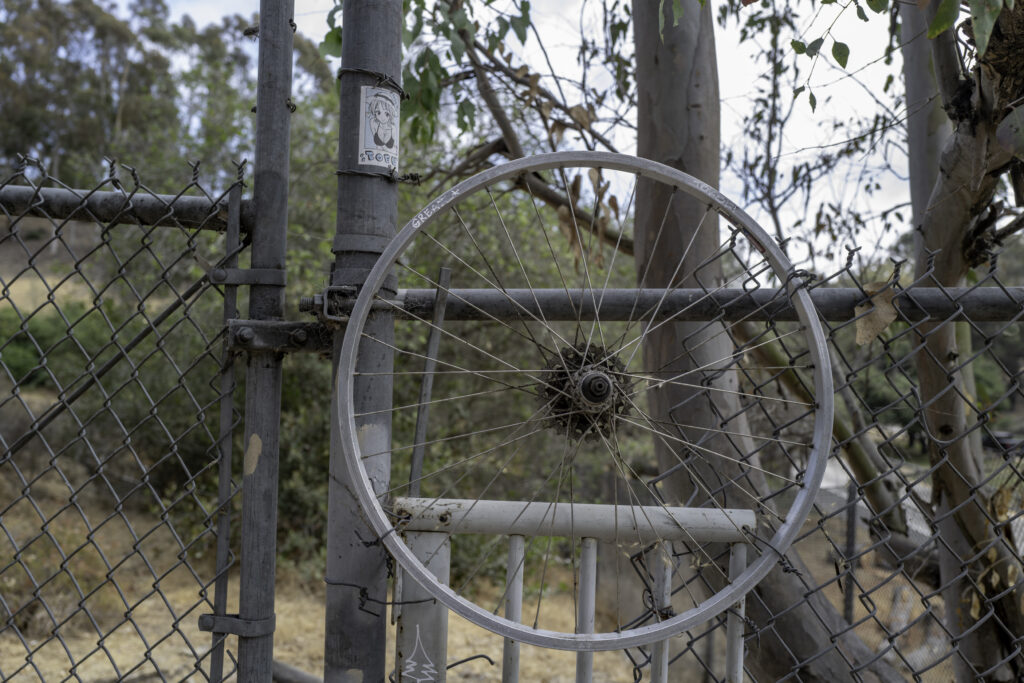 I don’t watch gameshows, but who wouldn’t know the name of the one for which this post’s title is derived? Abandoned, and attached to a fence, this lonely bicycle wheel piqued my photographic interest on July 25, 2022. That afternoon, my wife and I walked along one of the Balboa Park trails that leads to a footbridge that crosses SR-163.

We entered the trail nearby the Girl Scouts and Boy Scouts of America headquarters near Robinson and Upas streets in San Diego’s Hillcrest neighborhood. I made a wisecrack about identity politics as we passed. What is a girl? What is a boy? Does anyone know anymore? Maybe the two organizations should merge, become Scouts of America, and avoid answering those questions or engaging in controversial debate. But I digress.

The path we walked was pristine. But across the bridge litter abounded. Could that have anything to do with wealthy residents living above the trail on the clean side? Hey, one wonders. Annie and I chose not to venture into rubbish-land, presuming that a homeless encampment or two might be nearby. What a contrast—the rich and the roamers, on either side of that walkway.