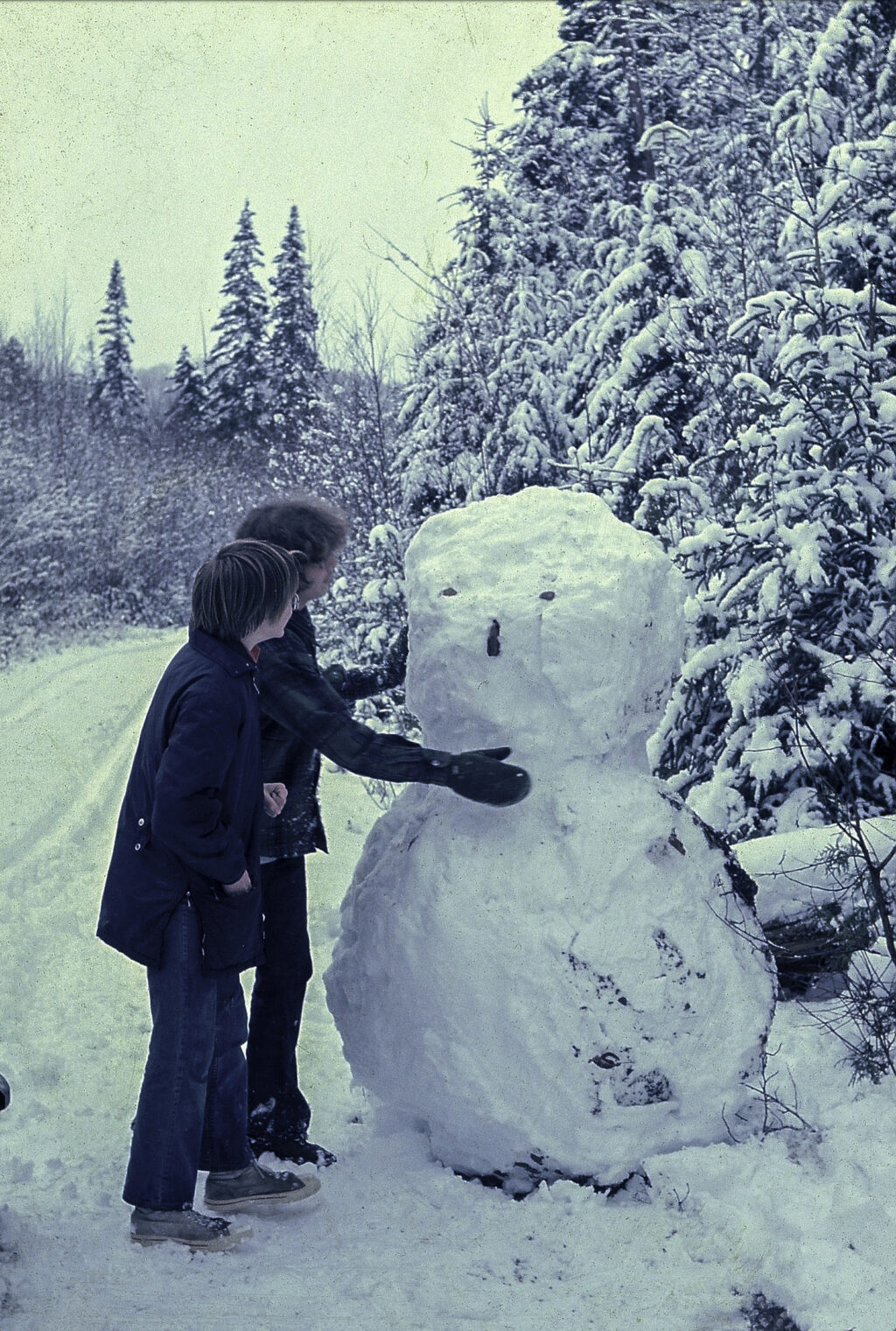 Date unknown, but sometime in the 1970s during my early teenage years, my cousin pats a freshly-made snowman while I watch. I would like to thank Dan for emailing the Featured Image. The photographer likely was one of our dads. Camera is anyone’s guess but I will make one: Kowa—likely the seT R2. Leaf shutter! In the interchangeable lenses!

Snow is a constant during Northern Maine winters—as much today as 50 years ago, if not more so. Average annual snowfall at the National Weather Station in Caribou is 278 cm (109 inches). An April 29, 2022 analysis by Emily Jerkins, St. John Valley Times, appearing in the Bangor Daily News, affirms: “Maine is snowier than Alaska thanks to Aroostook County“.

Let me ask this: Why would any kid wear sneakers during harsh, snowy winters? Because that’s my footwear in the photo—and worn by choice.