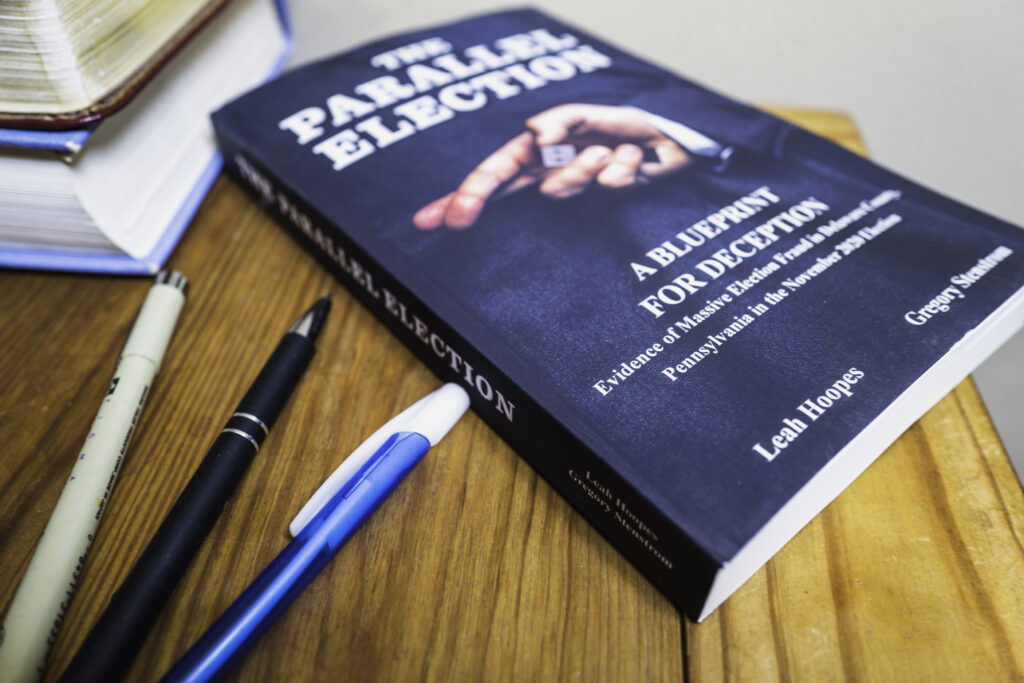 Regardless that, she insisted that we keep the 410-page investigation report. She bought three copies, and I must express interest in reading The Parallel Election—having already considered ordering one. Perhaps in a future post, I will offer a book report.

I used Leica Q2 to capture the Featured Image—presented as composed, using the camera’s handy Macro mode (activated by turning a ring around the f/1.7 Summilux lens). Vitals, aperture manually set: f/4, ISO 100, 0.4 sec, 28mm; 9:14 p.m. PDT. In post-production, I applied a filter that pops the cover’s blue hues, which are actually darker.

Choice of narrow depth-of-field that puts the title out of focus is deliberate. Consider it commentary about there otherwise being no meaningful focus on confirming or refuting ongoing allegations of election fraud.

Somebody should step up. The Fourth Estate has stepped aside, leaving the task to citizens like Hoopes and Stenstrom, who assert to directly observing suspicious mishandling of ballots and present additional documentation.