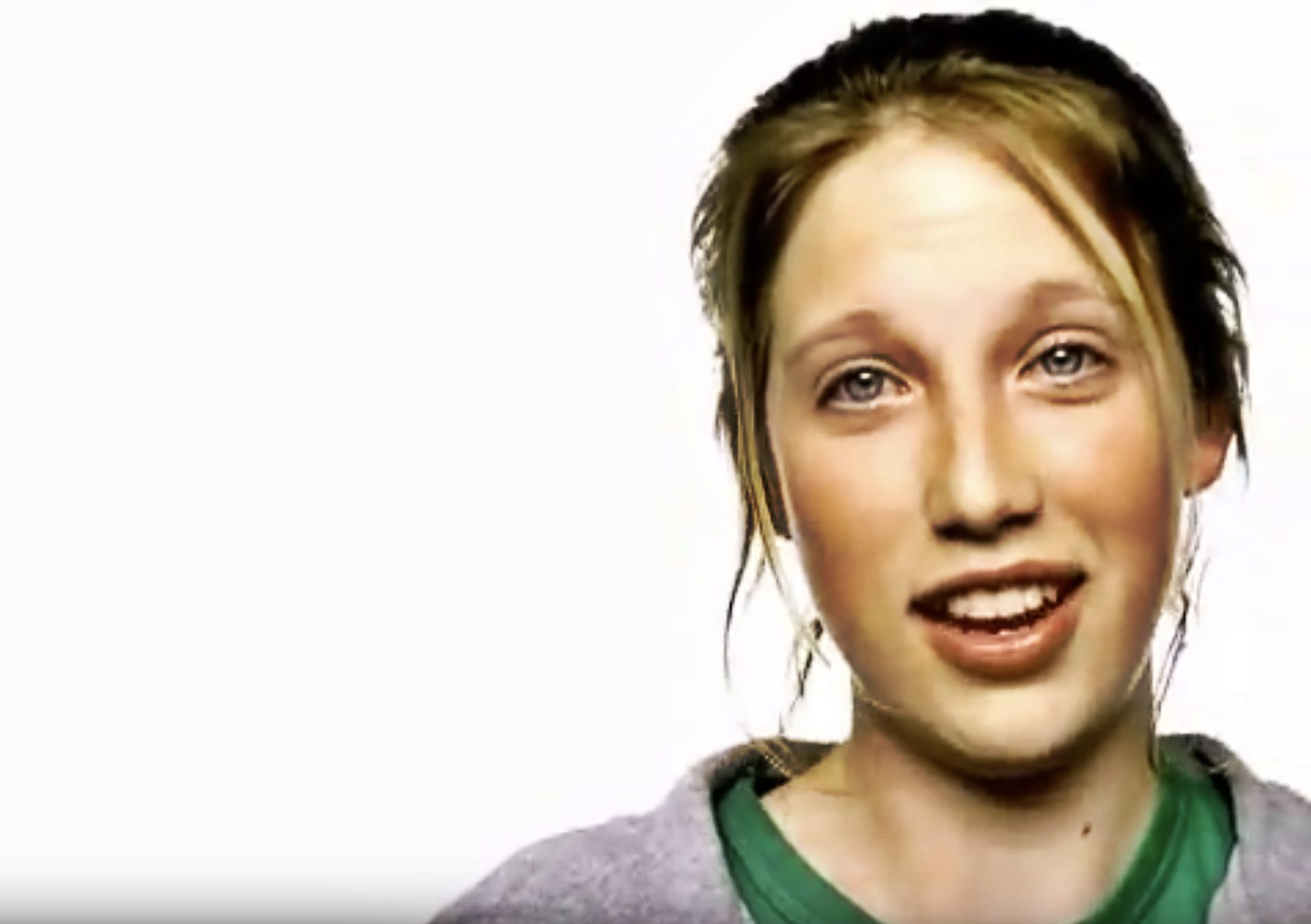 Anyway, in mid-June the company set up a Web site for potential PC switchers and launched a clever ad campaign featuring real people that gave their PCs the boot—and we’re not talking the computer start-up process here—and moved to Macs. I’ve had a lot of fun ribbing Apple over the campaign, asking the public relations folks how the company convinced eight of the 10 people who switched to do the commercials.

OK, so they weren’t amused.

But the ad campaign focuses a new light on the great PC vs. Mac debate, and that is worth further discussion. You got to ask why anyone would switch to the Mac right now, with some Windows XP PCs selling for about what it takes to buy lunch on Wall Street. Let’s face it, most Macs give the majority of PC users sticker shock.

Apparently that’s something that surprised Apple, and is one of the lessons learned from the exit polls, my sources tell me. That’s why Apple is thinking of bringing PCs into the stores for side-by-side showdowns—to show the value of Macs. The exit polls apparently revealed that most PC buyers think of computers as appliances—like the fridge or toaster—certainly not something you have fun with. Because of this, they also tend to shop more on price. “Yeah, I’ll take that Kenmore dryer and PC for 20-percent off, please”. Mac enthusiasts apparently see their computers as toys for work and play; Macs are essential tools for them to get the job done right and have some in the process. Price isn’t as much the issue.

Where’s the value?
I have to admit that demonstrating the value of Macs vs. PCs, regardless of the price gulf between them, is easier than it might initially seem. I picked up a G4 Cube nearly two years ago that runs Mac OS X fine, even though the computer packs only a 400MHz G4 processor and Apple ships systems at 1GHz. My two year-old PC, by contrast, is useless running Windows XP. The point: Macs have longer shelf life than PCs. Part of that comes from Apple’s business model, which is less concerned with driving sales through constant upgrades than are the folks over at Intel or Microsoft.

So, sure, that Mac may cost more upfront, but you may be able to use it a helluva lot longer than a Windows PC. (Same applies to Linux, which might wring even more value out of old hardware than Mac OS.) Sure, my Cube doesn’t rip CD music to MP3s using iTunes as fast as the 800MHz PowerBook, but for most stuff that ill-fated work-of-art computer is plenty zippy.

Another Mac value is the time saved maintaining the computer. Apple serves up Mac OS updates regularly and easy-to-install firmware updates, too. On the PC side, Microsoft has made things a little easier with Windows XP, which comes with an automatic update feature that also includes hardware drivers. But not all firmware updates are available for hardware and none for the PC’s BIOS, which stores the computer’s vital hardware settings.

Then there are all the little touches that demonstrate the Apple emphasis on quality. PCs or notebooks packing USB 1.1 ports tend to share the 12mbps (megabits per second) throughput among the devices. Macs typically serve up the full 12mbps per port. All Macs are 802.11b wireless-ready, a feat no PC manufacturer has matched on Windows systems. So with a $99 AirPort card and any standard wireless base station—of course, you may want to consider Apple’s $299 model—no cables are necessary for connecting to the home network or the Internet.

Macs are way easier to set up than PCs. The flat-panel iMac is a 10-minute set-up job, mostly to stop and awe at the computer. Three chords plug into the computer: Keyboard (mouse attaches to keyboard), speakers and power; a fourth is necessary for networking or modem if you don’t use wireless. That flat-panel iMac evokes quality, by the way, right down to the rivets holding on the removable base panel. The 15-inch display on the flat-panel iMac is the best I’ve seen anywhere. It’s digital, too, bright and crisp. Consider that when pricing, say, a cheaper Gateway PC with a less-quality flat-panel monitor. Desktop Macs set up almost as easy, particularly if using one of Apple’s flat-panel monitors, which use a proprietary digital video connector that also delivers USB and power to the display. That means one cable, instead of three.

But one thing I really don’t like about Macs is the information Apple forces you to fork over. You want to use Mac OS X, plan on giving Apple your name, address, phone number, and other personals. That’s required before you use the computer the first time, and I have yet to find a good way to disable this feature. Oh, and if you have to wipe the hard drive and start over, you get the pleasure of giving all that personal data again. I suppose it’s all useful for gauging whether you’re a PC user gone Mac.

Another problem is the cost of Microsoft Office for the Mac. Deals Microsoft cut with PC makers ensure that Office XP Small Business Edition is available on most Windows systems. No such bundling deal exists on Macs, so that’s an extra $300 expense for some people. On the other hand, Office v. X for Mac OS X is in many ways superior to the Windows version. Better still, the file formats are interchangeable between the Mac and Windows versions of Office. No, really. It’s true.

Microsoft’s control over these file formats certainly has helped its Windows business. And it is interesting that Apple’s most successful markets—consumers, education, graphic designers, content creators, and Hollywood—are those where Office file formats aren’t all that important.

Switch me
OK. So I switched to a Mac—and back to a PC and back to a Mac and so on—about three-and-a-half years ago, right after Apple unveiled the second rev of the all-in-one iMac. I had debated picking up one of those beauties for a long time; a spontaneous holiday CompUSA purchase put one in the car and later on my desk. As a PC user who had persecuted Mac users for years—my wife is a graphic designer by trade—buying an iMac was a bold step.

Mac OS 8.5 charmed me more than did the iMac’s clever and cute design. In fact, this surprised me, remembering how my wife and her fellow graphic designers labored under the weight of Mac OS 7.5’s or 8.0’s constant crashes. Apple’s OS clearly wasted away Windows 98 SE and later Windows Me, but couldn’t compete with Windows 2000 for robustness or stability. Then again, Windows 2000 couldn’t run the majority of my daughter’s educational games. Mac OS, on the other hand, offered the fine balance of being great for work and play.

Three months later I picked up a refurbished PowerBook and discovered the best portable on the market. I haven’t bought a PC since, but I keep switching back and forth. One reason: The outrageous attitude die-hard Mac users have that all journalists are biased against Apple, or Macs. They make me really mad sometimes. The other: Mistakes Apple made with Mac OS X, such as no CD-RW or DVD support when the OS shipped in March 2001, and a shortage of usable applications.

It will be interesting to see if the eight people featured in Apple’s ads on switching are still using Macs a year from now. Apple has been smart to focus on digital media applications iTunes 2, iDVD 2, iMovie 2 and iPhoto 1.1. Consumers are hot onto plugging cameras, camcorders and music players into their computers, many of which are not OS dependant. Apple has caught that trend and effectively used it against Windows. But for all the Mac’s appeal, there are plenty of problems living in a Windows world. My daughter, for example, likes to play games online at Nickelodeon, but many require 3D or other browser plug-ins not available for Mac OS X. Then, there is the terrible streaming media situation. QuickTime is great, but most of the best content is either in Real or Windows Media formats. RealNetworks offers only a beta version of RealOne player for Mac OS X, and Windows Media Player for OS X only works with Internet Explorer 5.1 or 5.2. Sites like Launch, which serve up music videos in Windows Media format, still won’t work with Mac IE.

It’s no wonder Apple is pushing hard for open standards, like MPEG-4 for streaming audio and video. If no one company controls critical standards, like Microsoft and Office file formats, the competing field levels out more. Then the question might be, “Who wouldn’t switch to a Mac?” Because who wouldn’t want a Mac then? But in that case, the Mac wouldn’t be cool anymore and Apple CEO Steve Jobs, or someone like him, would have to go and start another niche-player, trendsetting computer company.