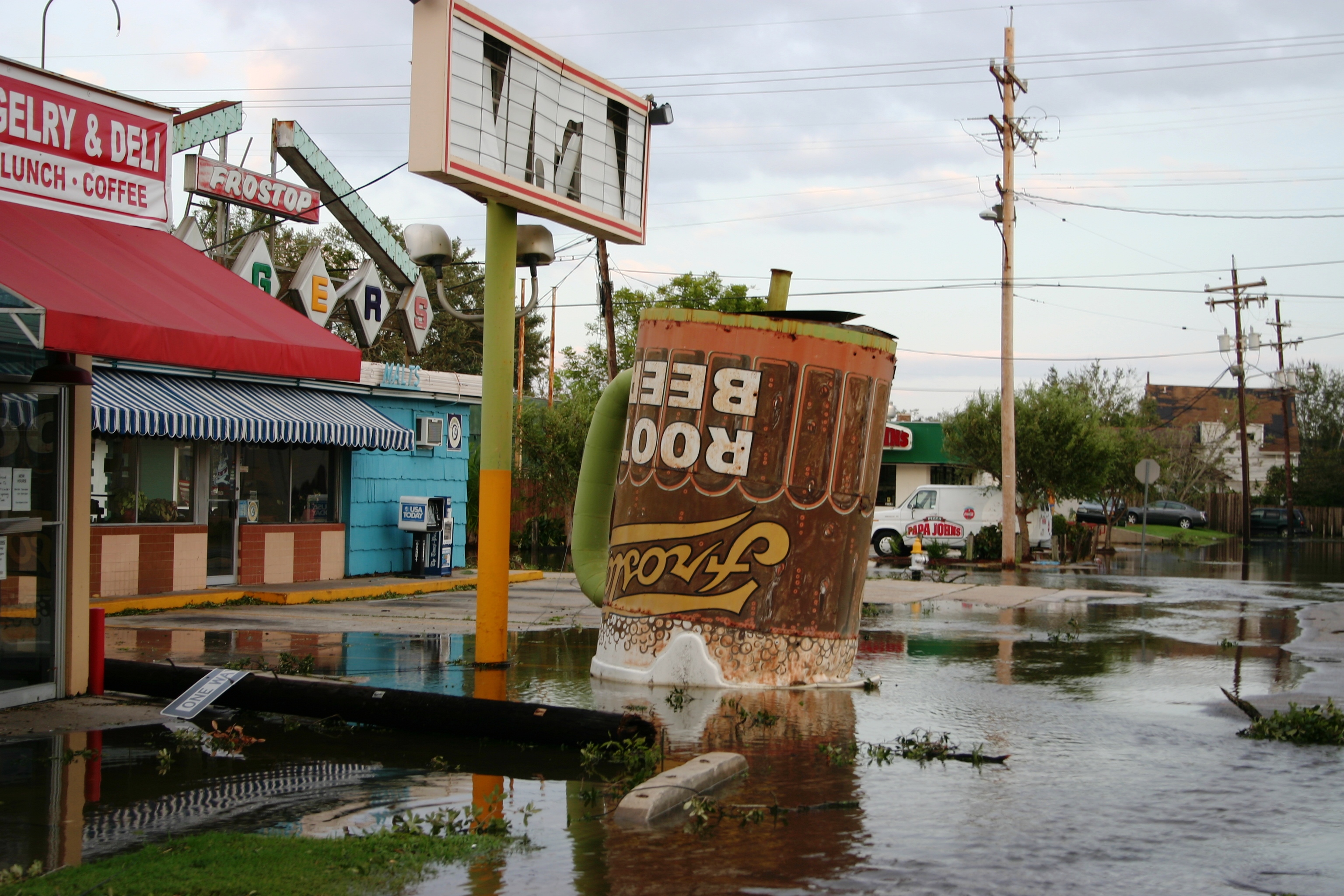 I predict the situation will get a lot worse. New Orleans is now the equivalent of a Biblical epic—disaster that will keep on going. The death, the destruction, the economic impact will be like another 9-11, except as an Act of God (Why should he get the blame, anyway?) rather than act of terrorism. Few weeks back, I blogged about the housing bubble. Katrina, that vicious bitch, put a hole in the bubble, I think.

Shuttered (or maybe shutterless after Katrina’s wrath) oil refineries mean crisis in the Gulf, but the one here and not in the Middle East where so many National Guard units are on active duty. Those reservists are needed here, now, and there is no time to waste. They’re serving in the wrong Gulf. Disease is the great risk now.

The Louisiana governor, the U,S. president, someone, has to step up and take charge. Bring in the troops to pull out of New Orleans everyone alive, repair the levees, restore power to the water drainage pumps, and remove the dead as soon the waters recede. The work simply cannot be done fast enough. Pestilence is a serious risk.

Then the President and Congress should put our tax dollars to good use and start handing out checks to people displaced, the homeless of the Gulf Coast. I’ll contribute, too. We all should.