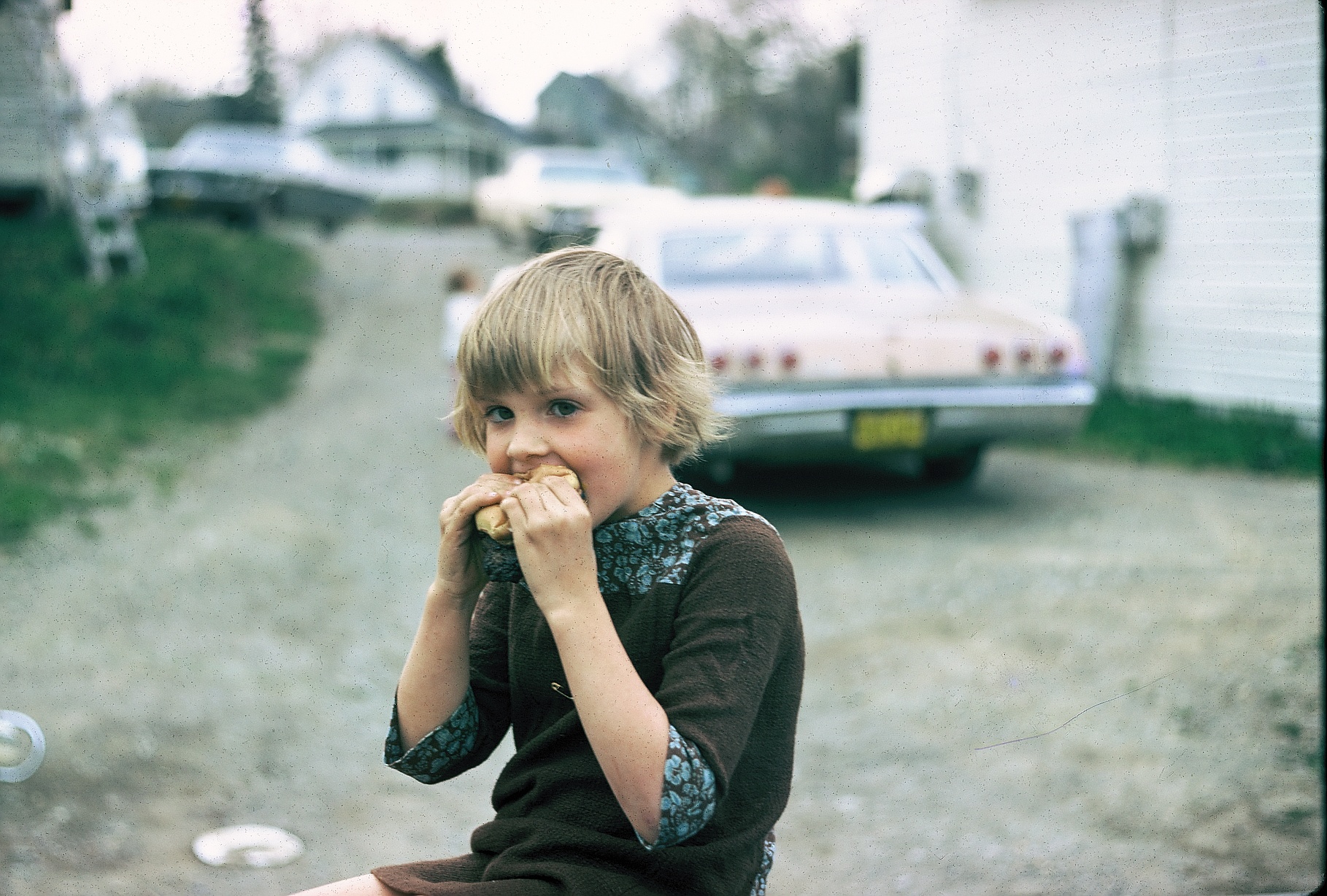 Last night, while washing supper dishes, I saw that someone had left a steak knife point-side up in the strainer. I saw it more as stake knife, as I would never let the point standup like that.

See, when I was a third (maybe fourth) grader, a knife accident left an indelible mark on my psyche and on the body of my youngest sister.

One summer weekday night, my parents prepared to go out somewhere—where I have no idea—while I washed and dried dishes with my three sisters and the teenage babysitter. My sisters, with dish towels in hand, climbed the counters to put away plates, bowls and cups in the cupboards. The chore was more playful than anything, with giggles abound and fabric flung as the girls dried and climbed.

Quite unexpectedly, my youngest sister fell backward onto the dish strainer. I didn’t understand there was a problem until the babysitter started hysterically screaming. Laurette, that’s my sister, had fallen onto my dad’s hunting knife, which had been left to dry blade up. Now my dad really used that knife, to gut fish, bear, deer and just about any other animal he caught or shot. He kept the blade razor sharp and paper thin.

The blade had pierced Laurette’s left arm right through, stopped only by the handle. There was: The five year old, stunned and uncertain. The knife stuck through her arm, from which blood droplets puddled on the floor. The screaming babysitter, filling the air with terror.

Into the mayhem stormed my mother. Though small built and four foot ten, she had a lumberjack’s willpower and focus. She stopped, squinted at the scene, then lithely and rapidly moved from the doorway to my stunned sister. In my whole life before or after, I never saw my mother more coolheaded. The 27 year-old woman smoothly removed the knife, while the babysitter continued to scream the rest of us to near deafness.

About this time—and lifetime it may have seemed, not 30 seconds had passed—my dad bolted through the door. He looked at the screaming babysitter, my mother, the bloody knife she held and my trembling sister. He grabbed the towel from my hand, wrapped my sister’s arm, picked her up and moved for the door. Forty-five seconds couldn’t have passed from the time the babysitter screamed her horrible alarm that my parents ran out the door with my wounded sister.

Hours later, my parents brought home their bandaged and stitched baby girl. Years later, I still put knives point down in the dish strainer or dishwasher.