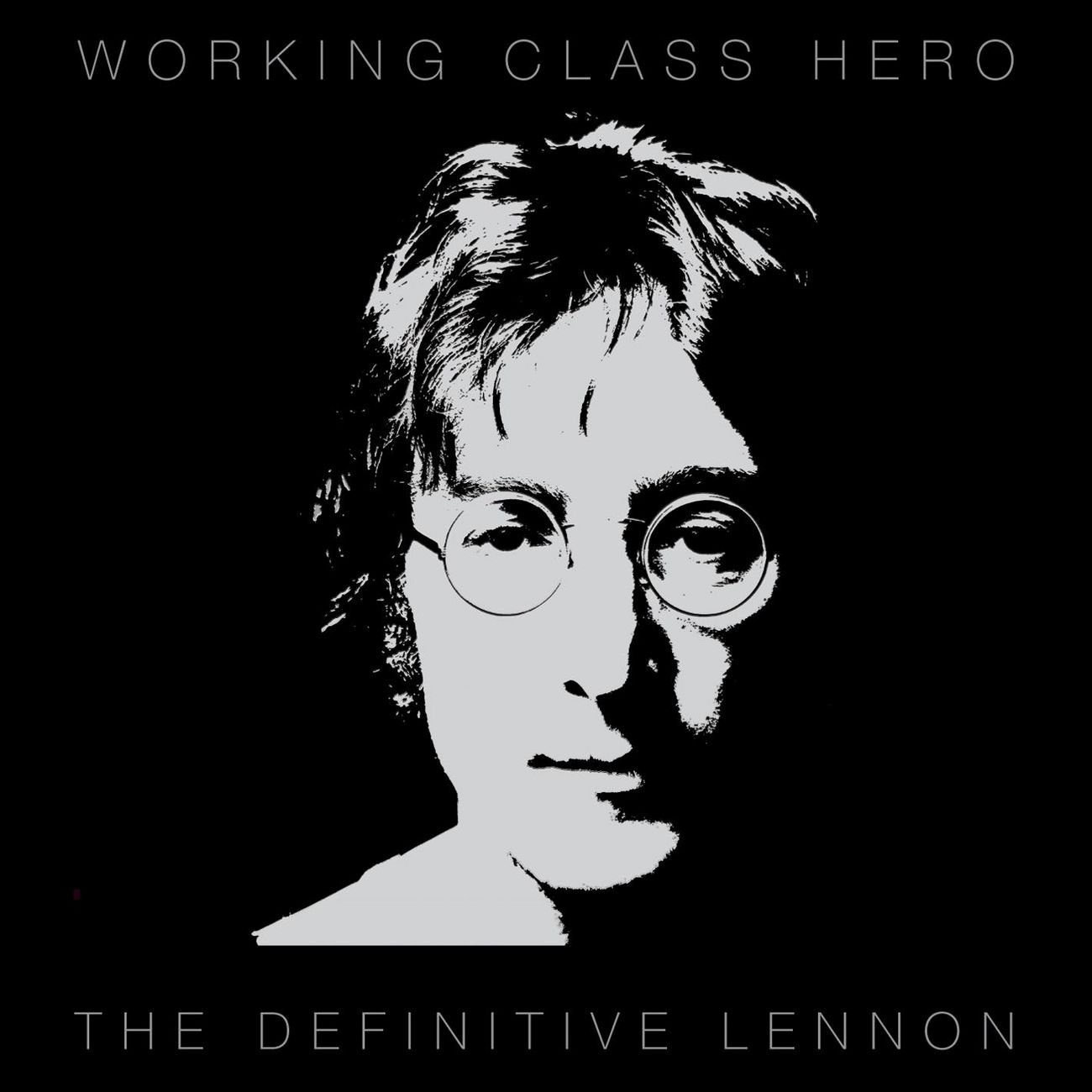 December 8, 1980, I was volunteer fundraising in New York City. I beat the street until late and beat to bed around midnight. I lived in a group house a few blocks south of Columbia University on the Upper West Side.

I crawled out of bed around 8:30 a.m. on the 9th, a Tuesday. I recall bouncing down the stairs, laughing as I moved along. In those days, I was skinny and bushy blonde and always bubbling optimism. To a fault. I drove people nuts with my energy and enthusiasm.

A good buddy, who was a real prankster, stared out into the street, a New York Post clutched in one hand and a cup of coffee in the other. He turned and in absolute monotone told me that someone shot John Lennon. I blinked. “He’s dead?” I naturally took it as a prank, even when he insisted. Then he handed me the morning Post, with its gruesome front page photo. Silence hung thick between us, and he turned his eyes back to the street. I joined him.

I thought lots about John Lennon as I worked that week. Being 21, I really hadn’t grown up with The Beatles. I had three of the later albums, Sgt. Pepper, White Album and “Abbey Road,” but my Beatlemania had been for the soloists. My very first record was Paul McCartney & Wings’ “Band on the Run.” While a teen, I may have bought more McCartney records, but Lennon was the greater musical and philosophical influencer. But a strange influencer. He was just a year older than my mother. So I always thought of him, like all the ex-Beatle soloists, as being old. 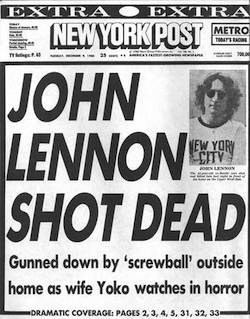 John Lennon’s sudden murder deeply affected me, perhaps more so because I was living in New York. His reviving solo career also had brought him more to my attention in the months before the murder. But Lennon’s new album strangely appealed. I had loathed disco and danced on the grave of its demise. Rather, I rode the New Wave music phenom of the late 1970s—Elvis Costello, Nick Lowe and other Stiff Records artists—and beat the protest drum for bands like the Clash, The Ramones and Sex Pistols. Lennon’s music career revival was a refreshing change, although musically soft for my punker tastes. Good song writing transcends genres, though, and it’s not like he was country.

Shock and disbelief gripped the city throughout the week of Lennon’s death, and strangely, too. Lennon had lived more the hermit, low-profile life for the previous five years as a stay-at-home dad. I would have bet that before the murder, few New Yorkers knew that Lennon lived in their city or within sight of Central Park. And it’s not like he was a popular figure then, not like some people revere him today. Lennon had a hard edge and was politically incorrect in 1980’s America (as he had been in the 1960s and 1970s, I might add).

On December 14, 1980, a Sunday, more than 100,000 people amassed in Central Park (Strawberry Fields is there) to hold vigil for Lennon. Whether in the Park or shown on TV, the crowd appeared to be millions—or perhaps it was the size of their grief.

The unnamed murderer—for he shouldn’t be named, or else give the attention he craved—shot Lennon at 10:50 p.m. ET. Tonight, I’ll hold a moment of silent vigil in remembrance.