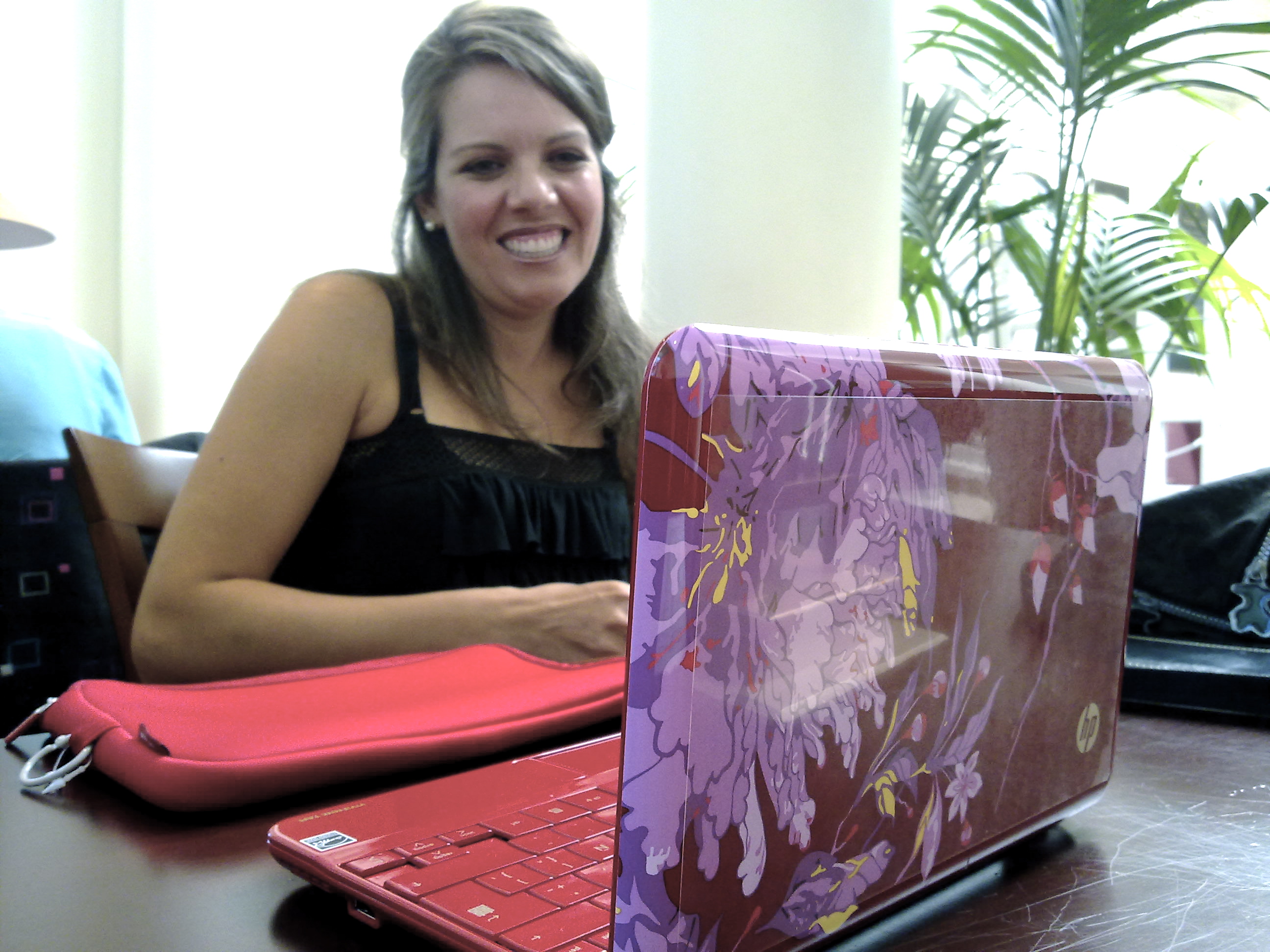 Here are a few things that go oddly together: A Mexican vacationer, Coronado Public Library and designer netbook. This picture tells a story.

Yesterday, I took my daughter over to Coronado High School, where, in other circumstances, she would attend. But we don’t live in Coronado, and San Diego School District is rumored to be resistant to transfers. We’re late trying to get in, too.

Across the street from the school is the beautiful public library. OMG! There’s a gourmet coffee stand outside the library’s main doors.

Inside, I spotted Yolanda, a Mexican tourist and mother of four girls (ages six to 15). It was my first sighting of a HP Vivienne Tam netbook in the wild. So I approached Yolanda and asked how she likes the netbook. Turns out the designer mini-notebook belongs to Yolanda’s 14 year-old daughter, who was playing tennis. The teen is very satisfied with the netbook, Yolanda said.

Yolanda really didn’t know much about the fashion designer, but she did point out the Vivienne Tam Web address stamped on the netbook. The mini-notebook is about the size of a clutch purse and looks like one when closed. It’s not cheap, either, for a fairly underpowered computer running Windows XP: $699.99.

I snapped the photo using the Nokia N97 smartphone—and too quickly. Yolanda is not properly focused in the depth of field. 🙁