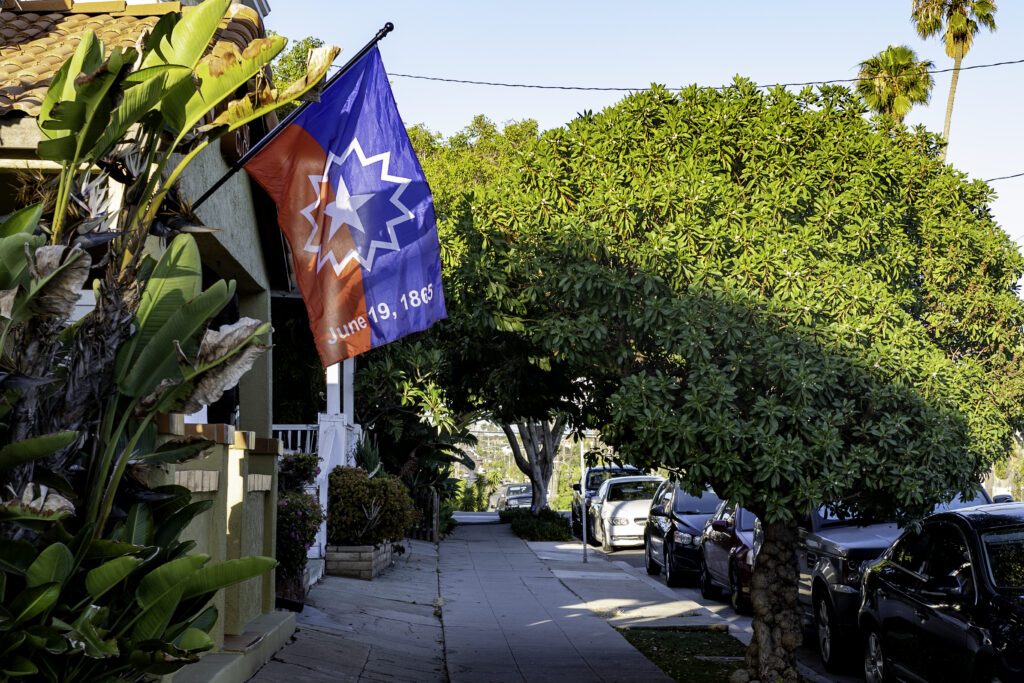 Texas designated June 19 a state holiday in 1979, but some African-American commemorations began in 1866 (right, why wait). They celebrated “Jubilee Day“, which strikes me as a much better name and more in line with historical origins. Can we rename Juneteenth to something more meaningful and respectful?

This evening, while walking West on Madison Ave., half a block back from Park Blvd, in San Diego’s University Heights neighborhood, I came across a banner blowing in the breeze. I uncharacteristically shot five photos to get the Featured Image; in the others, fabric folds over to obscure design elements. Vitals: f/4, ISO 100, 1/200 sec, 28mm; 6:55 p.m. PDT; Leica Q2.

Ben Haith is credited with designing the flag in 1997 that he copyrighted three years later. The main color scheme of red, white, and blue derive from the American flag. The lone star is for Texas, encircled in a bursting star representing freedom.