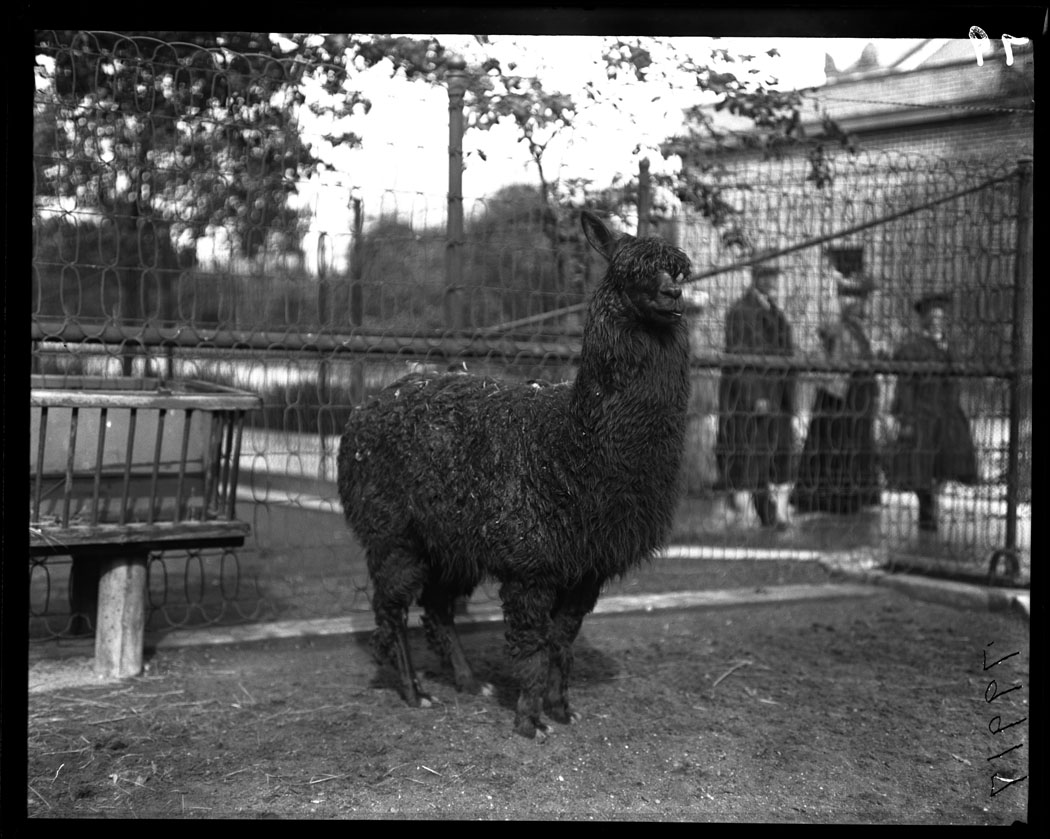 Mark Arm’s Tumblr post—photo of a Central Park animal—reminds me of a story. Summer 1980, I had just turned 21 and lived in a group house on New York’s Upper West Side. The Democratic National Convention convened at Madison Square Garden for about four days of mayhem.

I hung around outside harassing the crazies (e.g., protesters) that New York City cops separated by barricades. I was legal, a Maine boy breathing the big city and just naive enough to pump up on the excitement—whether inside or outside the Garden.

One evening—it might have been August 14, last day of the Convention—I walked down Fifth Avenue with a couple of friends. We were cutting up as we approached the New York Public Library, at 42nd Street, around 10 p.m. Off in the distance, I saw a man and woman walking an animal down the Avenue. I recall the air as being crazy hot, but they were both overdressed—he in a heavy coat, cowboy boots and cowboy hat. The woman was blonde, beautiful and much younger, and a thick fur pelt wrapped round her loveliness.

Their attire was just so-o-o-o-o out of place for the weather. But it was the animal that created the Twilight Zone moment. They walked a llama! Down Fifth Avenue. In Front of the New York Public Library. I literally looked around for cameramen, thinking we had stumbled into shooting for a movie or TV show. But there were none. We separated for the couple and llama to pass and pushed beyond laughing. A llama!

Perhaps llamas are common in New York City. Perhaps there’s a llama fetish among the city’s wealthy. Or perhaps, a couple chose the relatively cooler evening to walk their, ah, pet. But it was strange to me, and more than the pet moose my hometown kept when I was a kid (yeah, that’s another story).

For this post, I Googled “llama, New York City” and got a surprising result: A reminder of what journalism can be and should be more like. July 29, 1912, New York Times story: “Park Llama Honked Just Like an Auto.” But there are three subheadlines: “Annoyed Passing Drivers so Much He Was Sent Away to a Farm by the River”; “Then Tooted Like Boats”; “He Was Brought Back to Zoo and Sought to Imitate the Birds—The Doctor Cured Him”. Hahaha. How’s that for concise writing? There’s no real need to read the story because the headlines communicate the main information. Headline and subheadlines would fill one tweet and a half.

But the story is still good reading, and a lighter, refreshing style too long missing from the stodgy Times. From the third paragraph: “The llama did not take kindly to his change of home from the Andes to Central Park, and he was looked upon as a morose, cantankerous animal, and an unappreciative beast as well.” After being put in a special enclosure away from the other animals, the llama “apparently was much interested in automobiles. He would stand for hours at the west end of his corral and watch them as they passed.”

Do read the story. The llama disturbs traffic by honking like cars, but, as the headlines suggest, there’s much more to the story. It’s a better llama story than mine and interesting commentary on how newspaper writing styles change over time and whether they should have. There’s a “too full of itself” quality to most Times stories I read. Give me a tooting llama and a couple of tweets; it would be a better read.

Do you have a llama story use that you’d like told? Please email Joe Wilcox: joewilcox at gmail dot com.