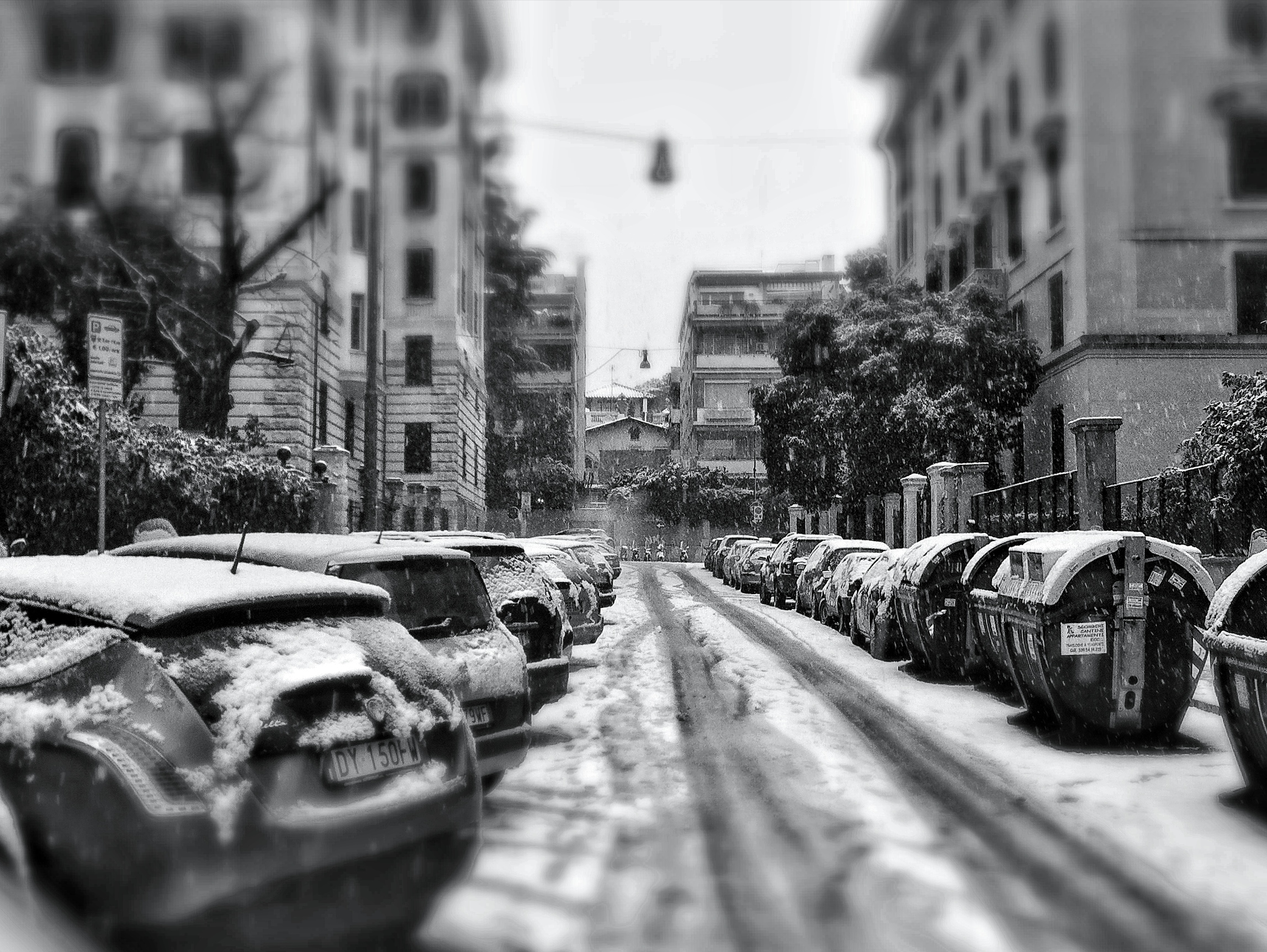 Angelo Domini captured self-titled “Snow in Rome 3” on Feb. 3, 2012. I like 1 as much but not 2. “This shot was taken with iPhone 4 camera with tilt-shift effect”, he says, without explaining by what means—presumably using one of several apps. The tilt-shift is a bit odd here, by framing the photo’s center field with blur rather than creating truer bokeh background effect.

But it’s that quality and the composition that caught my eye and makes this cameraphone shot today’s selection. Photo vitals: f/2.8, ISO 80, 1/120 sec, 3.9mm.