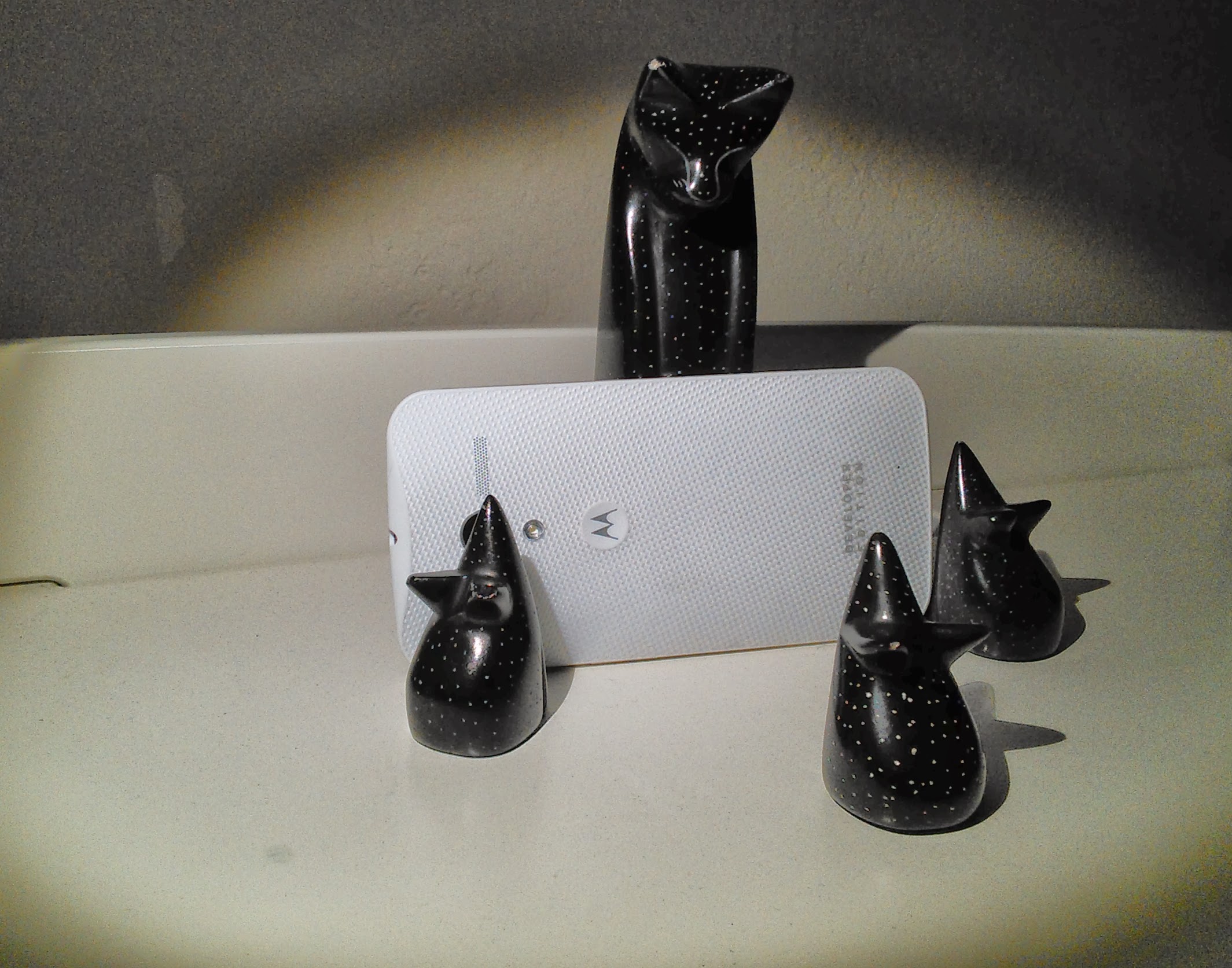 Better Red Than Dead?
About a year ago, I grudgingly moved the family from T-Mobile to Verizon. GSM service sucks in my neighborhood, regardless of carrier, while Verizon delivers reliable coverage. Magenta, or is that Pink, is good enough for me. But my father-in-law is 93, and steady service is necessary for him and our communication with the gent. He still lives independently, and we moved to California nearly 8 years ago to enable him to stay that way. Red costs considerably more than Pink, which is the major downside.

Phone choice is another area of complaint. There are many more GSM options available, at better prices, unlocked and contract-free. The replacement phone needed to be both.

Mom, who is 73, willingly waited for the Lumia’s possible recovery. One month! All the while, I looked for a satisfactory phone that wouldn’t destroy the budget, impose Android skin like TouchWiz UI, or subject her to Verizon’s notoriously slow approach to updates. Windows Phone wasn’t an option, off-contract, for Red. Whereas, GSM models unlocked and contract-free are available for less than $100.

Before the Lumia, mom used Galaxy Nexus. Android is more familiar to her than Windows Phone. Besides, sometime soon I will replace her Surface RT—purchased refurbished for $200 last year from Microsoft store—and put her back on Chromebook. With RT essentially dead when Windows 10 releases, the tablet has no future and will be increasingly difficult to manage across country (she lives in Vermont). She knows Chromebook, and we both will benefit from her being on a single, familiar platform.

She’s Not a Developer, But…
Tight budget narrowed my choices, particularly because of Verizon and my desire not to burden mom (or myself) with yet another end-of-life device. If we were still on T-Mobile, Moto G would have been one option—or Moto X Pure Edition, for about $350 with a coupon. Among my top priorities, to repeat: An unlocked phone that would stay current with updates.

Verizon did offer to sell me older, previously owned iPhones—the 8GB 4 for $199 or 16GB 4S for $249. Mom has never used an Apple handset, and I didn’t see any sense to starting her out on a four or five year-old device that already is performance-strained running the current iOS.

I spent $250 for Moto X Developer Edition for Verizon, through Amazon from Mango Wireless. I don’t know why there is such a thing. But, hey, who am I to complain. With 32GB storage, Moto controlling updates, speedy operation, long battery life, and touchless control, DE meets most of my purchasing criteria, and more—that despite vintage: 1st-generation X, released about 18 months ago.

Had mom lost her Lumia sooner, I could have bought the Developer Edition for much less, even. The $250 got her a new, rather than used, phone shipped directly to her. I did scour Craigslist locally, but, again, pickings were slim to none for Verizon.

Weighing the Trade-Offs
I had bought mom the Icon for several reasons:

In replacing the lost Lumia, my first choice would have been another like it. But $500 off-contract is more than the Wilcox household could spend right now. Also: I am dissatisfied with how long Verizon has taken to roll out Windows Phone 8.1, raising concerns about future updates.

Based on features, the Icon outclasses Moto X Developer Edition: Larger display (5 inches vs 4.7 inches); greater resolution (1080p vs 720p); superior camera; and better video capture (particularly audio), for example. Battery life is excellent for both devices, which have the same storage capacity. Call quality is comparably outstanding as well. (Hint: I have used both devices.)

Mom loses big benefit with the camera, while the screen differences don’t matter much. Where she gains: Touchless control, for starters. She is in a wheelchair, and voice activation and querying will be useful to her. Another: Apps. Mom mostly uses her mobile for phone calls and entertainment but has complained about the latter. The apps she wants, many from Google, aren’t there. Now she has them and better game choices, too.

Mom doesn’t need the fastest, fanciest thing—and there were many tantalizing new models revealed this past week at Mobile World Congress, such as the Huawei  MediaPad X2, HTC One M9, Lenovo VIBE Shot, or Samsung Galaxy S6, and S6 Edge, Maybe, but he best phone you can buy is the one you can afford.

Editor’s Notes: A version of this story appears on BetaNews. Photo is one I shot of the GSM Developer Edition; mom’s has Verizon logo.