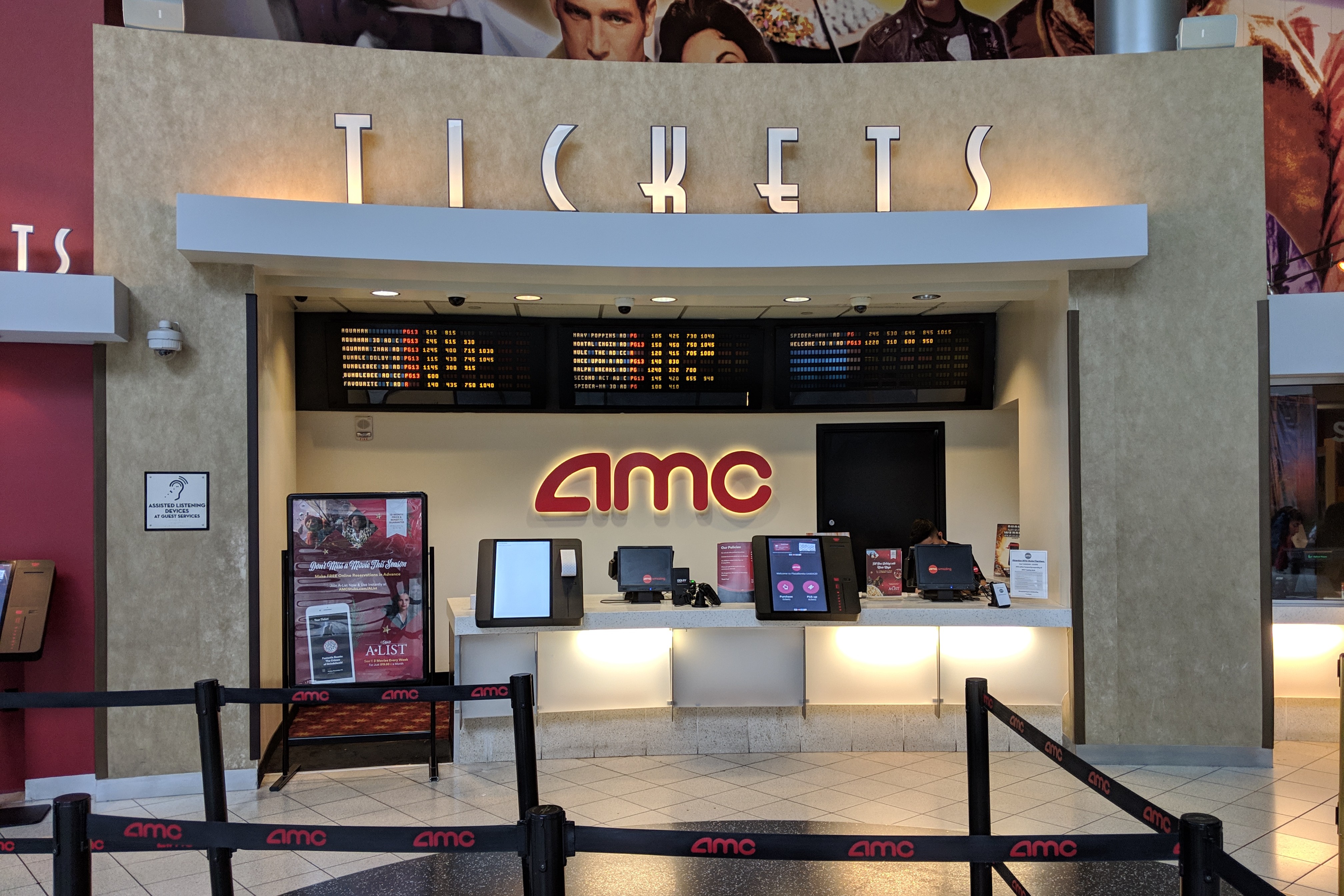 Earlier this week, movie theater chain AMC dumped coal in my Christmas stocking when I attempted to cancel the $19.95-a-month, watch-three-movies-a-week Stubs A-List subscription. One, and then another, customer representative informed me that at signup, the terms of service explicitly states that commitment is for three months. He, then she, warned that cancellation would trigger immediate charge for the remaining two months. But the ToS restriction shouldn’t apply to me, being a returning customer.

Everything comes down to the meaning of one word: Initial. When A-List launched, on June 26, 2018, my wife and I joined. We ended our membership about 90 days later. The ToS states: “A-List has an initial non-cancelable term of three (3) monthly membership periods (the ‘Initial Commitment’)”. We were good with accepting that requirement, which we met. But on November 18, with a few holiday movies of interest, I resubscribed, presuming that by making a second commitment I could cancel whenever. However, AMC service reps claim that my 3-month obligation reset and initial is the applicable word. Oh, did I futilely argue the semantics of that. C`mon? Doesn’t initial mean first time?

Terms of What?
Cambridge Dictionary defines “initial”: “Of or at the beginning; first”. Oxford Dictionaries: “Existing or occurring at the beginning”. Cambridge gives clear example sentence: “The president’s initial popularity soon disappeared”. I see no ambiguity in the meaning of initial, nor should it be applicable to my second commitment.

The first AMC representative verbally berated that the terms of service are clear and that I should have read them before agreeing. Who really reads those things, I answered. Although, on November 18, I did—there’s that word again—initially review the ToS to a point, not wanting to recommit for another three months. The terms’ first sentence, set in all-caps by AMC, quelled any concerns: “AMC STUBS A-LIST IS A CONTINUOUS SERVICE MEMBERSHIP TIER OF THE AMC STUBS PROGRAM THAT HAS AN INITIAL NON-CANCELABLE TERM OF THREE MONTHLY MEMBERSHIP PERIODS”. Initial. Mine was another commitment. Renewing, if you like. I read no further.

Situation is stranger, though. The ToS also states: “Once cancelled, an individual may not renew a Membership in the A-List membership tier for a period of six (6) months”. AMC violated its own terms of service by letting me resume my subscription less than two months after cancelling. The updated version of the ToS stating this prohibition is November 5—13 days before my sub resumption.

To be unequivocally clear: I wasn’t aware of the 6-month period and made no attempt to skirt around it. I re-signed up with the same email and password, and my account number exactly matches both membership periods. I could feel lucky for the mistake—and would if there were more movies worth seeing in theaters. That’s my problem: A-List offers terrific value, but there aren’t enough interesting films to take advantage of it—hence, the reason for my first cancellation and failed second attempt (better to pay for something than nothing and try again in mid-February). 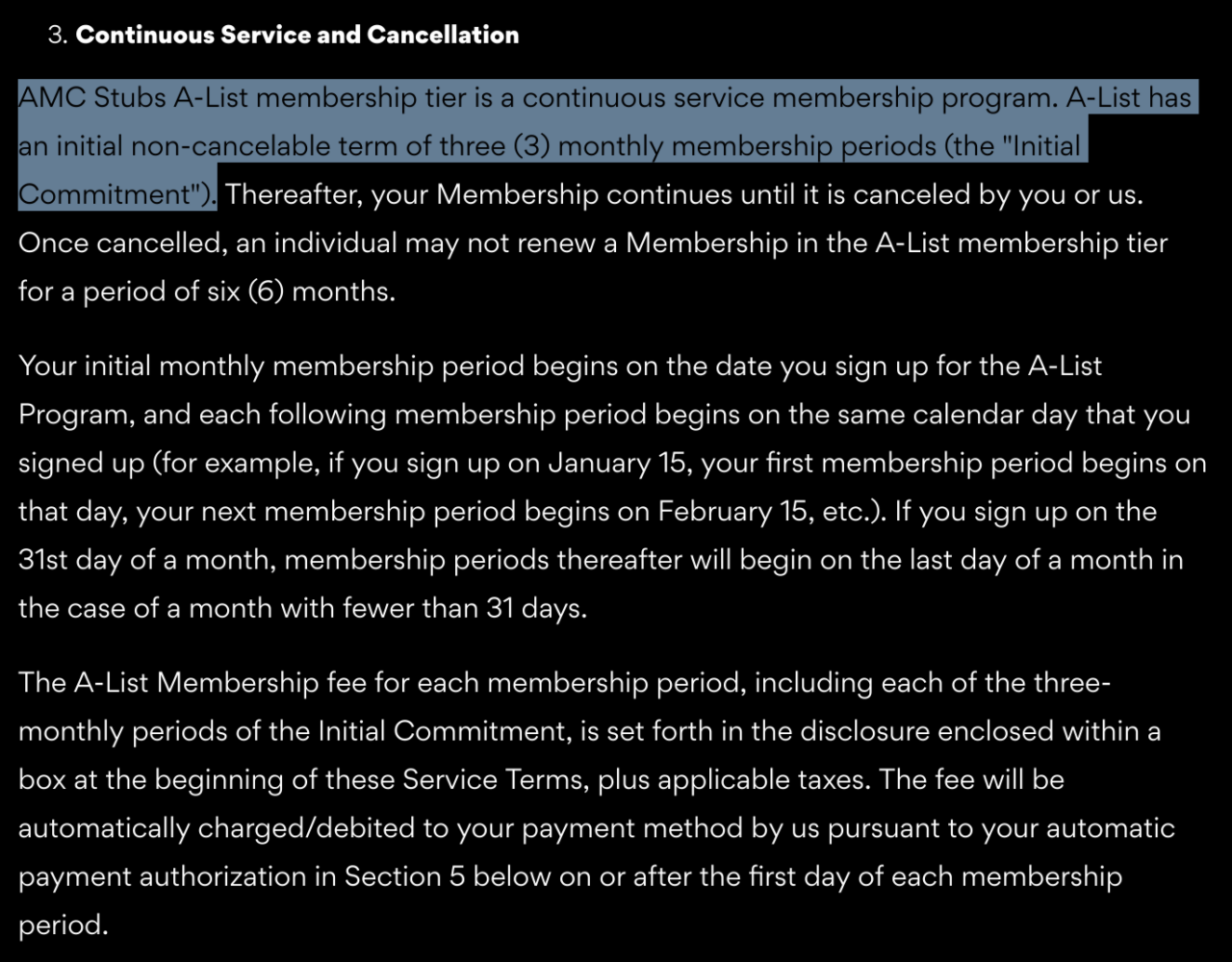 AOL Déjà vu
Something else is odd. On July 1, California tightened the rules governing continuous subscriptions, including those commenced online—how I signed up for A-List. For example, cancellation of New York Times and many other newspapers used to require making a phone call. Since the legislation became law, subscribers can easily terminate their subs without speaking to anyone. From Senate Bill 313: “A consumer who accepts an automatic renewal or continuous service offer online shall be allowed to terminate the automatic renewal or continuous service exclusively online, which may include a termination email formatted and provided by the business that a consumer can send to the business without additional information”.

But I had to call AMC. The Billing subhead of the FAQ in part reads: “You can contact us here or call our AMC Stubs A-List guest services team at 1-888-562-4262 to cancel your membership”. The link lands on a general contact page that’s main purpose is securing refunds for movies. However, I was first met with warning: “Cookies are required”. Okay, mine are enabled, and I don’t use ad-blockers. Turns out, AMC demands that you allow third-party cookies, which I permitted long enough to see the contact page has absolutely nothing obvious to do with A-List cancellation.

Chat is provided, during the right business hours. Of course, the West coast time difference pinched me from chatting. So I called the toll-free number. Twice. Update: To give Chat a fair chance, I attempted to use the feature around 8:30 a.m. PST on Dec. 22, 2018. Wait times were enormous, as you can see from the screenshots collage. More than an hour was typical of my seven attempts. 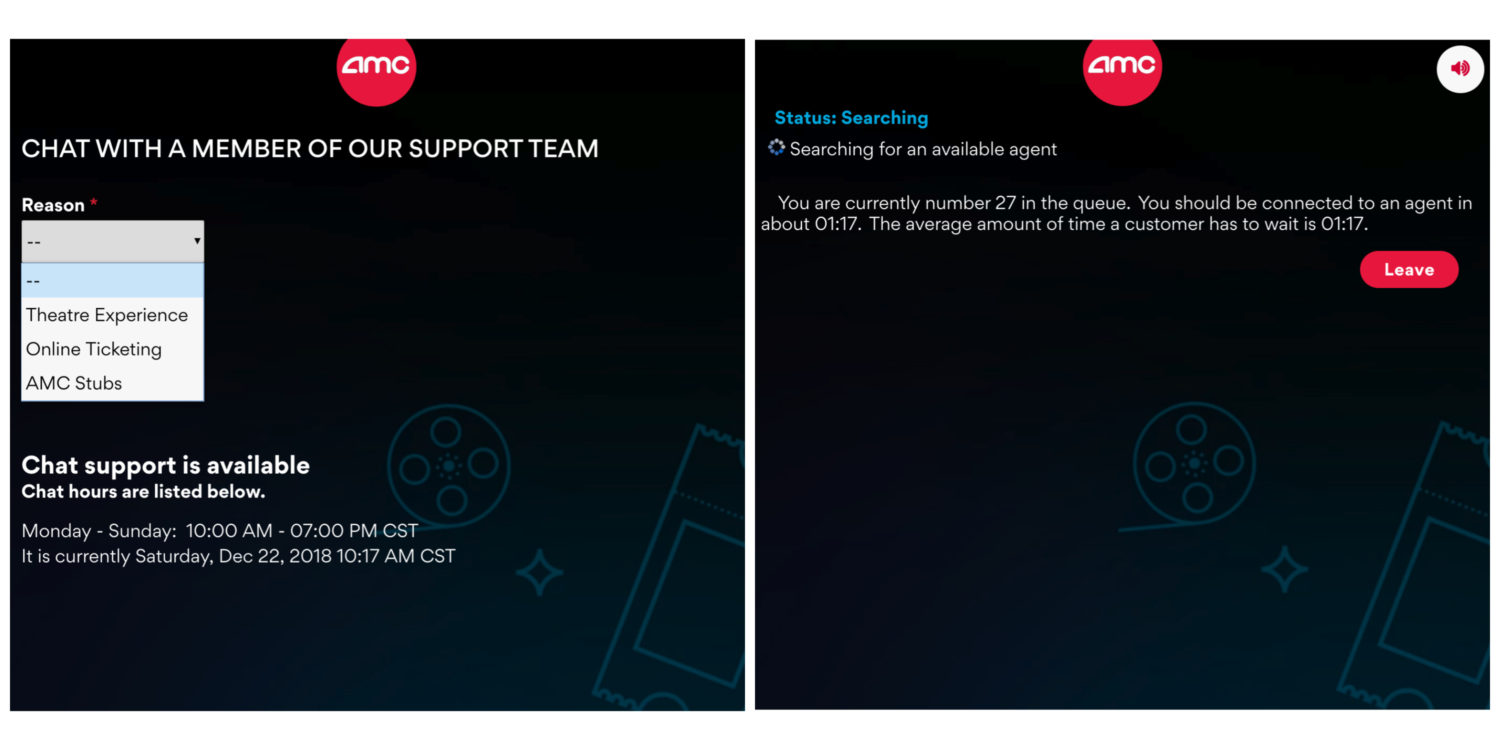 S-o-o-o, qualifying that I am not a lawyer, one must wonder: Where in this process is termination offered “exclusively online”, in accordance with the California statute? I’m having AOL déjà vu—remembering when signing up was easy but cancellation was a customer service call maze of misery. That said, I primarily write this missive because ToS agreements are a sticky subject that generates beau coup discussion across the vast InterWebs.

Filthy Animal
As for my status as a so-called A-Lister, future is uncertain. AMC may choose to terminate my membership, because of this post using (reasonable) justification that my re-sign up shouldn’t have been allowed being less than six months from termination of the, ah, initial commitment. Otherwise, I may cancel in mid-February, if new movie releases continue to underwhelm me. Or, I may consider myself lucky for the opportunity to join the A-List club once more, locking in $19.95 for each of 12 months before the big price hike (to whopping $23.95 here in California) arrives on Jan. 9, 2019.

For now, with A-List cancellation coal in my Christmas stocking, I close my eyes and see a vision from holiday classic “Home Alone 2″—as the machine gun toting gangster wishes (in B&W from the telly): “Merry Christmas, ya filthy animal”.