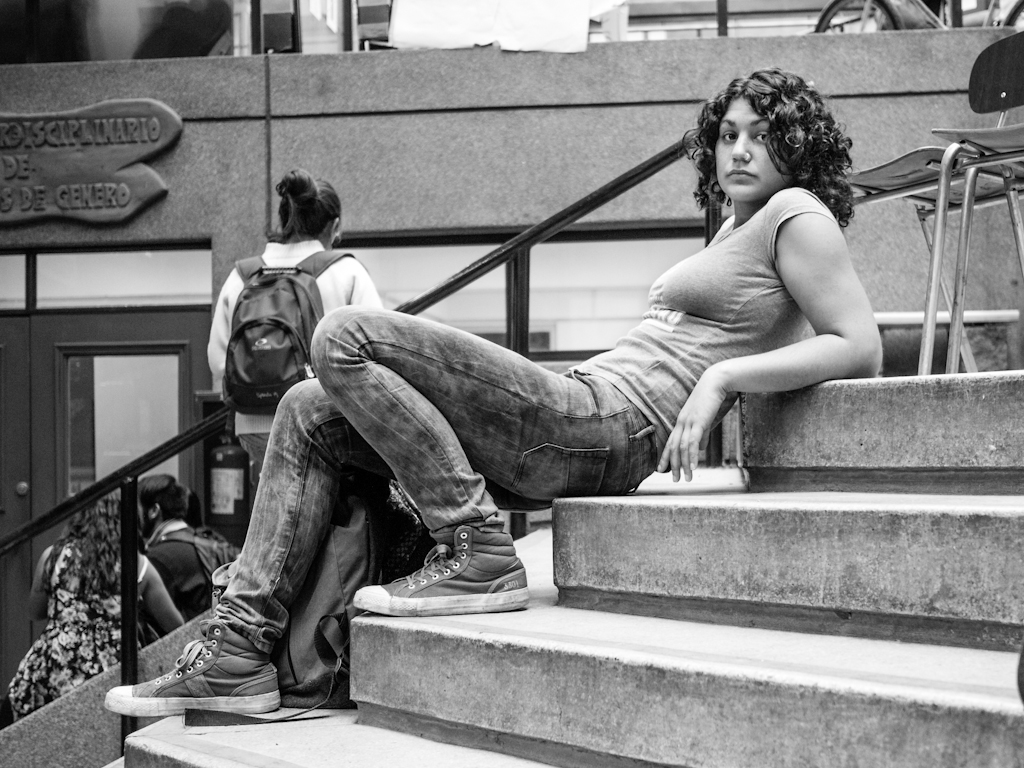 Chilean Francisco Osorio describes himself as a “social anthropologist very interested in photography since childhood. I remember my father bringing home a book to learn how to make photographs, which I read from cover to cover several times. Then, he bought a Russian SRL camera (Zenith), which we used for many years”. In 2015, he shoots with Panasonic DMC-G5, a 16-megapixel Micro Four Thirds digital.

His primary focus is “street photography and portraits, documenting Chilean society as it goes along globalization”. Francisco lives and works in Santiago, where women of all ages, but particularly those in college, are his main subjects. The photographer also is a “university lecturer”. He joined Flickr in September 2008.