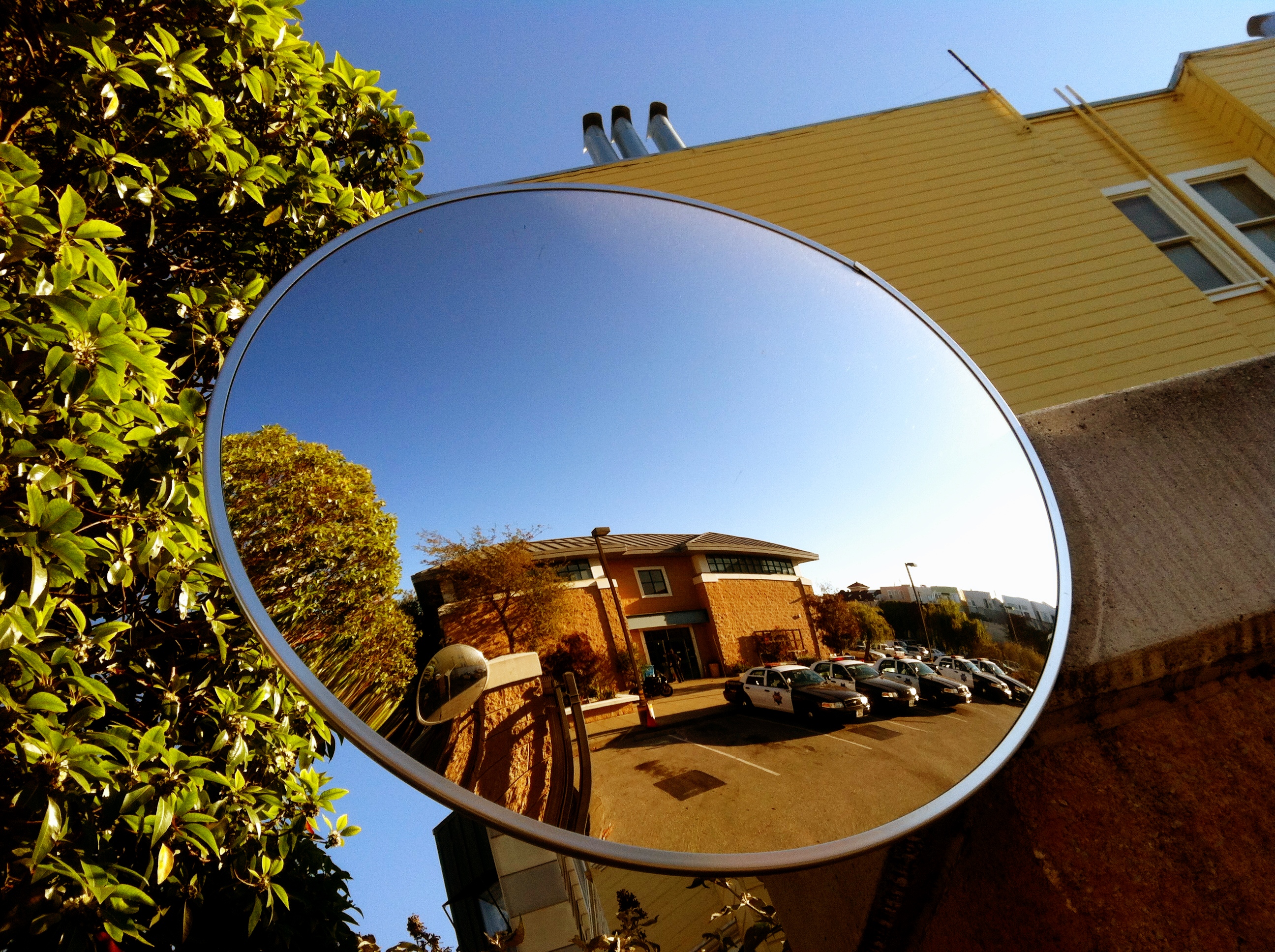 Mirror shots aren’t unique, but this one presents fresh and clever composition and perspective—once again demonstrating the utility of iPhone 4, like Day 41 “Snow in Rome“, in competent hands. Ariel Dovas shot self-titled “A Warped View of the SFPD” on Sept. 30, 2012, using the smart mobile. Vitals: f/2.8, ISO 80. 1/612 sec, 3.9mm.

I discovered Ariel’s photostream on the Ides of March 2015 when searching for art to top “At launch, HBO NOW is No GO“. I initially regarded his photography as being primarily object-oriented but on further inspection understand that it is more about San Francisco living—presented with frankness too uncommon.

His assumes many roles in the Bay Area. For starters, Ariel is senior producer and media director for non-profit BAYCAT, which “educates, empowers and employs youth and young adults to produce digital media that tells their unique stories and engages them to positive”. There is power in storytelling. From his official bio:

Ariel is an independent filmmaker, creative media director, illustrator, photographer, and editor, who brings to BAYCAT both his technical skills and passion for youth education and community development. From conceptualization to post-production, Ariel finds innovative ways to incorporate a diversity of stories into BAYCAT’s work.

He also blogs for Mission Mission, which “is our daily salute to San Francisco’s most vibrant neighborhood. We love it here, and we bet you do too”. Ariel lives in the District, but he is from Santa Cruz, Calif. He joined Fickr in August 2005.