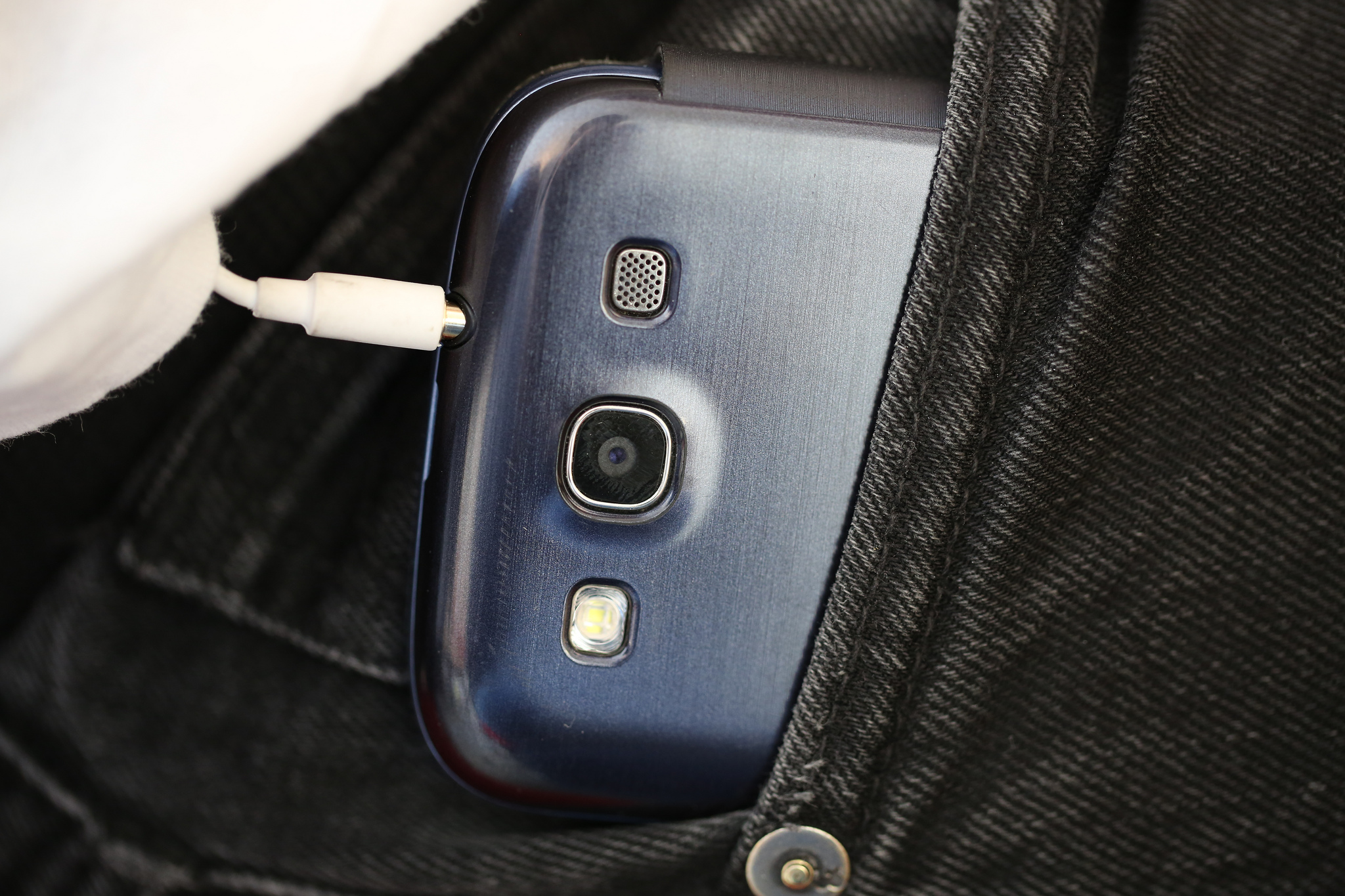 Size in Context
As we move further into the contextual cloud computing era—Post PC is a myth of Apple’s making—touch interfaces should cede way to voice. Touchless should be the primary UI. But there are too many parties invested in the existing infrastructure and economies of scale built around it for true innovation to emerge. iPhone could reinvent the mobile handset in 2007 because Apple had nothing to lose and everything to gain.

Eight years later, the company is the status quo, During calendar first quarter 2015, iPhone accounted for stunning 69.4 percent of revenues—up 57 percent year over year. The company shipped 61.2 million iPhones, beating Wall Street consensus by about 3 million units. Risk of toppling the revenue cart leads to this: Apple’s newest handsets join the big-screen trend rather than defy it.

Before his death, Apple cofounder Steve Jobs extolled about the post-PC era, which really is self-serving for selling more devices like iPhone and transcending the Microsoft operating system monopoly. But there is little post-PC about the current trend in cellular handsets. Part of the personal computer’s charm, and major secret to its success, is ubiquity—being all functions to all people, so to speak. The platform does many things good enough and replaces/displaces disparate devices doing so. Smartphones, and more strongly phablets, are mini-computers taking on similar role: One device to rule them all.

The mini-PC movement defies the larger contextual computing trend, and, I contend, holds it back. Technology and the things around it that matter, like content, are contextual. Large smartphones/phablets are limited contextual devices. Context is very much about location and role. Simple example: Video you start watching on a phone when waiting to pick up pizza that you finish viewing at home on the big screen while eating. Location, device, and context change but content is the same.

Another example: The office calls while you sit on the couch at home reading a book to your child. Your role changes from parent to manager, but your location stays put. You don’t have to rush into the workplace to give your boss access to the next day’s client presentation. The contextual cloud lets you share the document, then resume your role as parent. What device(s) used is less important than the content and source that enables access anytime, anywhere, and on anything.

The point: Smartphones and phablets demand device dependence during an era when the cloud should bring independence to get information and content whenever and on whatever you want.

Save Us, Someone
Who will save us from these overly-large devices? True innovation isn’t what you want but what you don’t know you need. Technology that changes people’s lives follows the “ah ha” moment—when using the thing you realize how practical it seems and how you would have wanted it if you had been smart enough to conceive it.

Bigger screens aren’t innovation. True innovation would be transcending them—even eliminating them. But I predict that “smaller is better” must come from someone with nothing to lose; little or no investment in the institutional monopolies of scale that protect the status quo before everything else. “We need Apple to lead by example for more modest devices—you know, ones that don’t make me look like a baby holding a tablet up to his face”, Brian laments. Sorry, Dude, but innovation won’t come from Goliath. We need David to change the rules of engagement. Once that was Apple, but no more.

I enjoy using my smartwatch—LG Urbane and Moto 360 before it—and wonder if there is a future from the wrist. Maybe yes if battery life lasts longer, cell phone dependence is eliminated, and voice interaction greatly improves. Perhaps the next big thing—eh, smaller thing—will be something altogether different. A decade ago, I developed Principles of Good Design, for which there are now eight. Successful products must:

The original iPhone easily fulfilled all eight principles. Smartwatches, as they are created today, do not. There isn’t enough balance between functional features and benefits. Besides, the future device that should matter is none. Contextual cloud computing is about the many, not the one. What you need, where you need—anytime, anywhere, on anything.

The current trend in handset design clings to the past and pushes away the future. Touch interfaces are an anachronism when voice is an option that fits better with context. Human beings are natural vocal communicators. We don’t touch when we want something, we ask. We speak. I have hope looking at some of the voice-interaction capabilities that Google builds into its products or how a service like Google Now contextually provides information without you ever asking.

Whatever the future, a bigger screen in your pocket isn’t it.

Editor’s Note: A version of this story appears at BetaNews.