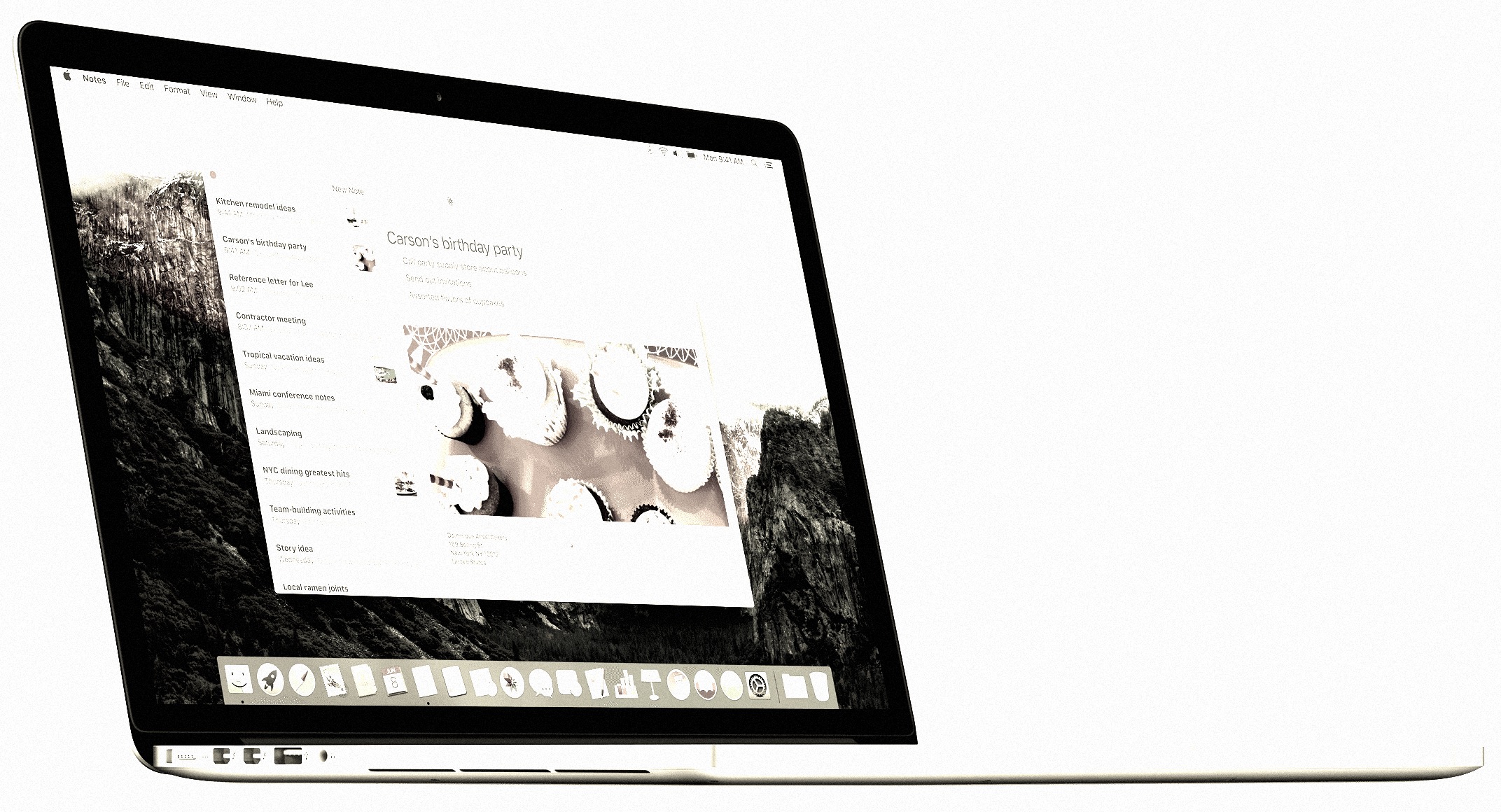 I really wanted the 12-inch MacBook, for smaller size, attractive design, and appealing keyboard but worried about performance (particularly with stern warning about such from the sales clerk). Considering the trauma of losing a laptop which lifespan should have been longer, I made the conservative choice. I don’t need all the ports, for what it’s worth. The single USB-C would meet most of my needs.

El Capitan downloads as I write. OS 9 already is freshly installed on the tablet and restores from iCloud backup. I will review the MBP; its use is a rare circumstance—owning the newest model. My iPad Air 2 review is long overdue and will be done while running the upgraded platform. The hardware has purpose now, because of some new features (yeah, split-screen, baby). The tablet always felt like too much hardware for the operating system.

In preparation for using Apple Music, I spent the weekend listening to iTunes. Ugh. Being right sometimes really rots. Going from Tidal’s Free Lossless Audio Codec, at 44 kHz, 16bit, and 1411kbps bitrate, back to 256kbps AAC disappoints even more than I predicted. Last month, I suggested taking the “Tidal Challenge” of using the service for three weeks then returning to lower-bit tracks. I hear the difference, which saps aural pleasure from my library—locally listened or streamed.

My Tidal subscription renews July 1 for the next month. Apple Music is available a day earlier. For review purposes, I simply must use the newer service and strongly considered canceling the other. Given that Apple Music will be free for the first three months, I will delay any decision on which to pay for. I also have free use of Google Music through Thanksgiving—a promotional for buying Nexus 6. Eventually, I will choose one.

Tidal streaming (or downloading) gives fantastic fidelity. But shortcomings are irksome. For example, there is no play or search sync across devices. Other considerations will be as important as the sound. Convenience matters much.

This new Apple sojourn is sudden and unexpected. If not for the timing of that laptop blowout occurring close to iOS and OS X previews, I wouldn’t bother. My Chromebook Pixel LS satisfaction is stratospheric. I miss the laptop’s benefits. Problem: My wife is giddy as can be about the Pixel. She loves it, too, and by early reaction perhaps more.