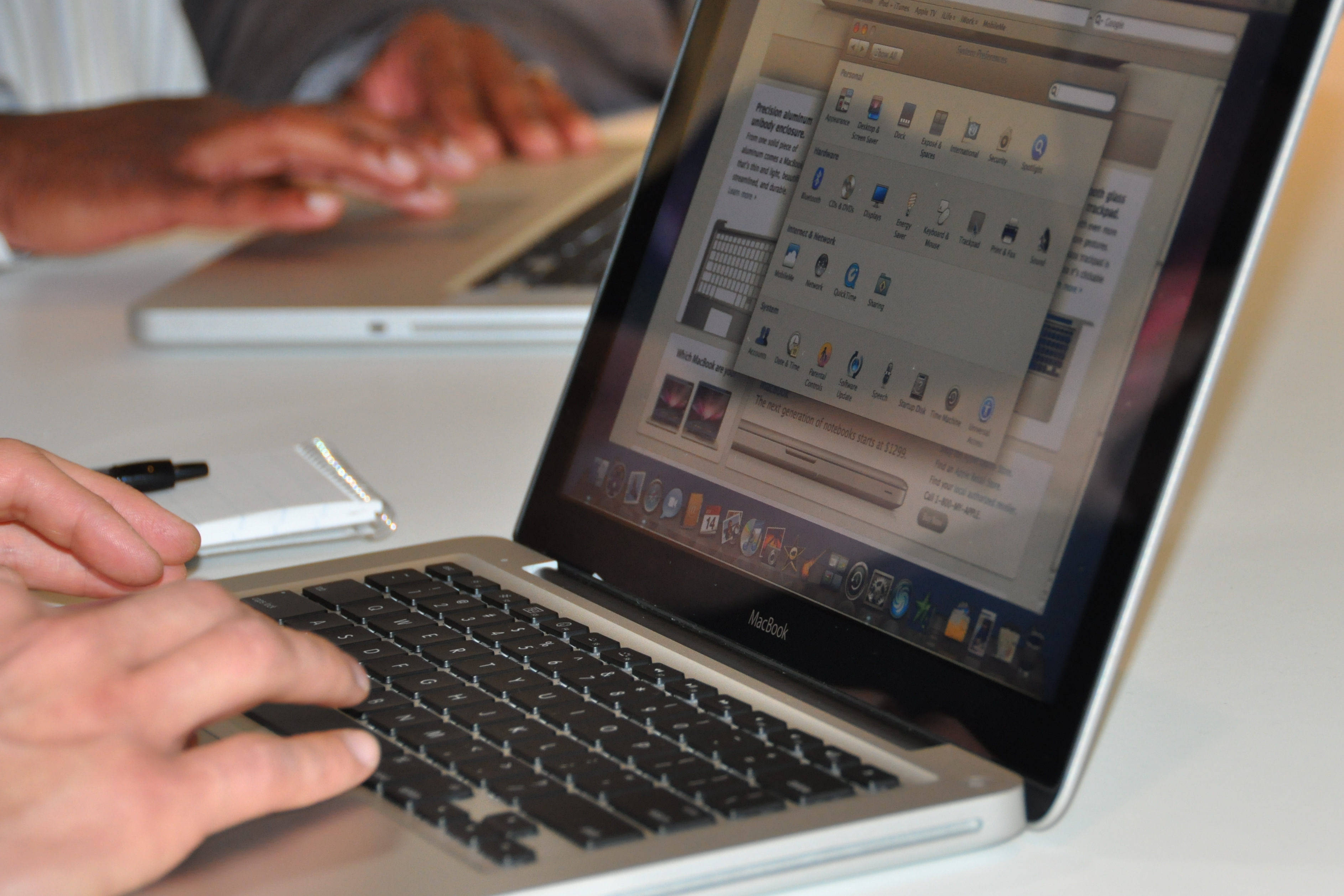 What a day. My daughter texts from class this morning: “My computer decided to self destruct. It just reset everything!!! This is a sad day. I think I just lost everything on my computer”.

Sadly, she predicted rightly. In her dorm room, the Epson Stylus is on top of a mini-fridge, where she set the laptop to print out schoolwork. The computer slipped and crashed to the floor, right before she left for the day.

During class she sent a photo with the Mac utilities screen and caption: “I hate my life!” For good reason. Likely all her photos and music—fortunately, no schoolwork—gone.

She uses the first-generation 13-inch aluminum MacBook, before Apple put Pro to the name, that I purchased in October 2008, right after launch.

This afternoon, I haul the ailing MacBook down to the local Apple Store hoping a Genius can do something. Priority 1: Recover the data. Alternatively: Repair, or (better) replace. I have a personal items insurance policy that covers this kind of thing. If Apple deems the MacBook unrepairable or not worth repairing, insurance will pay original replacement costs. No such luck. Despite the crash, the computer is in full working order, except for the HDD. I’m honest; we wouldn’t file a false claim.

Apple would replace the drive for $160, but keep the disk. That’s unacceptable option. I could replace myself for less (hey, there’s just one screw to remove), but that would take time (driving to get a HDD, installing software, etc.) and there is rush. Classes finish a week from tomorrow. My daughter needs a working laptop.

So I take the notebook to the local Mac repair shop. The service guy offers to put in a 320GB HDD or 128GB SSD for $250. I choose the latter, even though I disbelieve his assurance OS X supports TRIM for non-Apple SSDs.

For the extra cash, which the insurance company should reimburse, I get a fully functional MacBook loaded with software in a 2-hour rush job. My daughter won’t have her data tonight, if ever, or a new laptop. The old one returns with some zip compared to the previous sluggishness (I worried about the drive for some time).

She trades down storage capacity from 250GB, but I want her storing stuff online anyway. Why the hell else have iCloud? And I’ll get her signed up for iTunes Match.

For 10 months, I asked her to let me have the MacBook for a day to back up her drive and set up a backup service. Teens just can’t make the time, or she couldn’t. I expect the data on the drive is gone, short of an expensive recovery service. I feel sorry for her situation and responsible for not pushing harder.

The photo is one I took from the October 2008 aluminum MacBook launch event, where, seeing frail Steve Jobs on stage, I realized that he wasn’t well at all. We know how that story ended three years later. 🙁