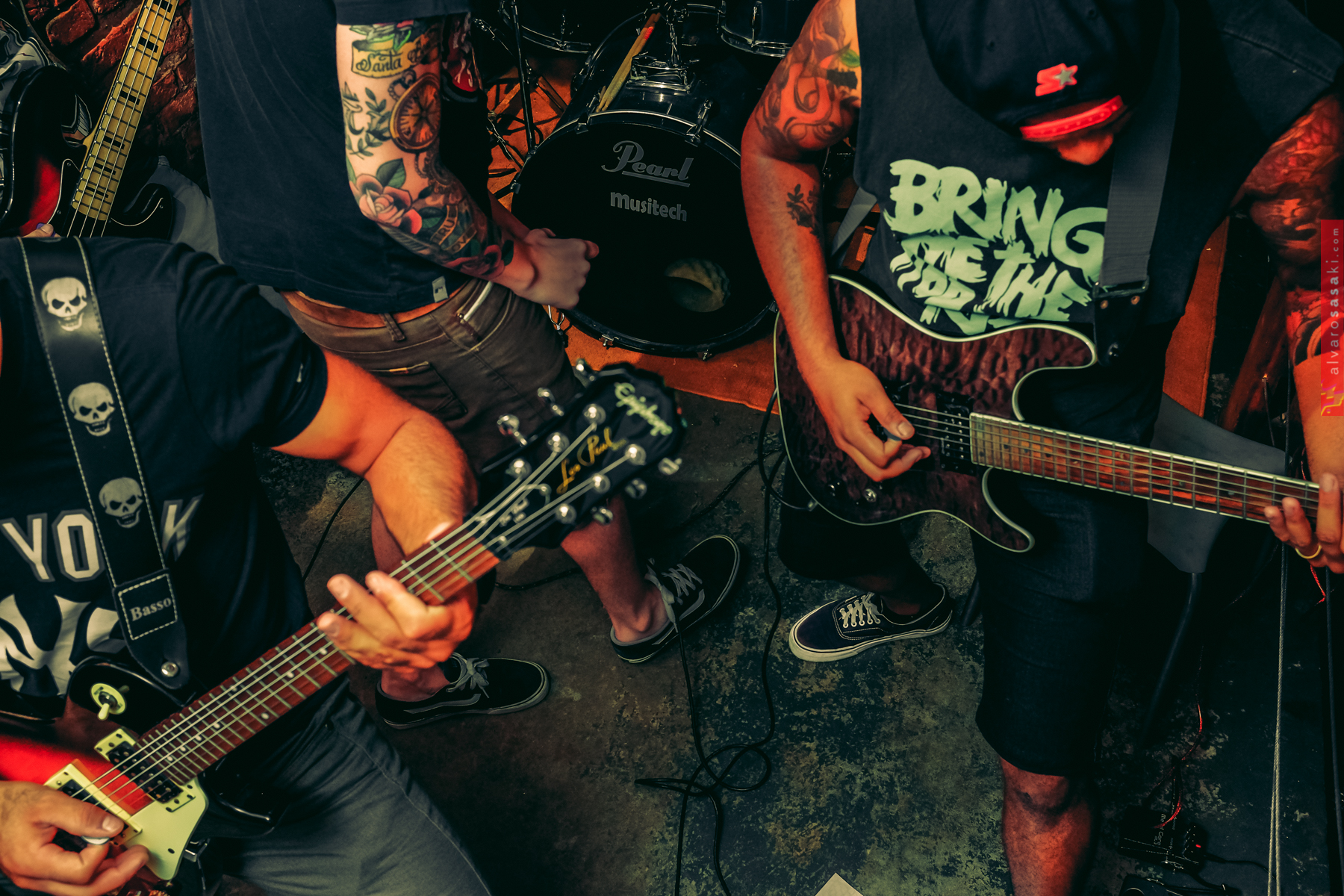 Lossless leader Tidal has a problem. Last month’s splashy relaunch let critics control the narrative, defining the streaming service as a tool for pampering the bank accounts of already successful musicians. But Tidal is something else: Affordable HiFi streaming for the listening elite—those people who want to enjoy music the way it was engineered, produced. The streamer should be the coolest thing, but the Jay Z ownership team fraked up the marketing messaging. Problem is fixable, but correction requires aggressive advertising, promotional pricing, and extraordinary exclusives.

For more than three weeks, I have listened to nothing but Tidal, and the service should challenge everyone signing up for the 30-day trial to do likewise. There is no other way for the majority of people to appreciate the aural benefits. The majority of potential subscribers are too accustomed to the muddy, mushy, overly-bassy sound of compressed, low-fidelity AAC or MP3 files. The brain and ears need to be freed from the habitual crappy sound to which they’re accustomed. iTunes is a prison. Spotify is another. Tidal will liberate you. But you must want freedom to attain it.

Freedom for a Price
Analogy: You live in an old, rundown apartment. Paint peels from the walls, the linoleum is cracked, and the appliances are ancient. You can see the difference when walking through a spiffy, remodeled pad. But you wouldn’t really feel the difference, truly grok the squalor, until moving out and weeks later returning to the old place.

There are times when the cramped, peeling-paint flat is the right choice. Tight budget is one scenario and location is another—like living close to the beach. If money is a question, iTunes Radio or Spotify free is priced for you; similarly, if boom, boom, booming bass is where your musical tastes begin and end.

For anyone wanting more, Tidal’s Free Lossless Audio Codec, at 44 kHz, 16bit, and 1411kbps bitrate, enlivens the mids and highs, brightening the audio and improving separation and soundstage. The differences are best appreciated with headphones or speakers favoring treble over thumping bass. Listen for 21 days and you could be shocked at just how crappy is the old sound. Seriously.

Tidal’s music catalog covers the typical range of genres, and the service presents popular, modern artists—whom you would expect to find trending on iTunes or Spotify. I make this distinction because 1) I am a mid-50s listener whom you might think touts the benefits for classical; and 2) Some readers might think there is no sound benefit achieved for the newest music. Both assumptions would be wrong.

How Tidal’s high-bitrate audio enlivens the newest and oldest music, regardless of genre or whether the composer lives or died centuries ago, is the point. But the service is pointless if too few people use it because they don’t get the benefits. Let’s try another analogy. DVRs are commonplace today. But when TiVo developed the concept 16 years ago, explaining the concept was difficult. Most people had to experience the benefits to comprehend them. I see Tidal similarly.

I am committed and will pay $20 to keep the service when the trial period ends next week. My Google Music subscription cancels at the end of the current billing cycle.

Change the Narrative
But to get other potential subscribers to even try the streaming service, course correction is necessary. Marketing, and also functional, changes must be made—and soon. The perception problem starts with bloggers whose influence could cause Tidal greater grief. For example, ChipChick and Engadget both gutted the service in separate commentaries yesterday. Respectively: “Tidal is Already an Epic #Fail” and “Will Tidal’s artist exclusives ruin streaming music?”

The Fail story is based on Tidal’s download ranking on the Apple and Google mobile app stores. I mainly listen in the web client, which is super smooth and is what Beats Music and iTunes would be if successfully merged. Other listeners may do likewise. What matters more is how many people trying out the service stay with it when time to pay up. It’s too early to answer that question for a music streamer relaunched less than 30 days ago with a 30-day trial period, or for anyone to claim “#Fail” at this early stage.

The exclusive story hits and misses the mark. Music available nowhere else is the point. The iTunes Store holds too much great content hostage. Tidal should offer exclusives, and better ones, to woo subscribers and satisfy them. Skip ahead a subhead for more on that topic and why it matters so much.

Tidal’s marketing perception problem is massive. Advertising and promotions can help but only if the service seizes control of the narrative. Three things to communicate differently:

1. Tidal is about you, the fan, not the artists. Too much of the launch messaging was about how the service frees musicians from greedy labels. Sorry, Jay Z, but fans want to hear about what you will do for them, not your peers. More money for artists perceived to be wealthy enough sends the wrong message. The benefit, lossless streaming, is there but was lost when critics and competitors controlled the narrative and made it about money-grubbing artists.

You need to make the messaging about the fans. How much artists love them and want to give them better sound and more music. Communicate how creativity freed from record label executives’ influence is one of many paths by which Tidal can enable fandom. You must take back the narrative by making it about what you will give your loyal listeners.

2. Tidal is not Spotify and comparing the two is like putting a new roadster alongside a used car. In marketing, comparisons define perceptions. In his groundbreaking book Predictably Irrational, Dan Ariely explains how human beings tend to compare things that are closely alike and exclude others. Our brains are wired to make relative comparisons, typically between two items.

Critics compare $20 monthly lossless pricing to Spotify free or $9.99 subscription. Side-by-side, Tidal appears overpriced. The two aren’t alike. The high bitrate is more comparable to a CD or vinyl record album. If you want that classic sound, you will pay $25 for new vinyl. Tidal gives subscribers access to 25 million songs for $5 less.

Redefine the narrative, Jay Z, and I suggest being even more aggressive: Tidal has no competitor. There is no comparison. But if you must compare to something, I recommend free broadcast TV to HBO. Consumption is similar. Content and quality are not. Think Game of Thrones.

3. Tidal is cooler than anything Apple. The no-comparison approach taps into concepts about innovation and the companies bringing it. If Apple had offered lossless streaming first, and instead, bloggers would praise not criticize. “Tim Cook does it again! That son of a bitch is on a roll now. He’s better than the new Steve Jobs!” People perceive the fruit-logo company to be an innovator, whether or not it’s true.

Tidal brings lossless streaming to the masses first. Tidal is cool. It is the music service for the coolest fans. You can shop at Walmart and listen to Spotify. Or you can buy from Apple Store and listen to Tidal. That’s the beginning demographic: The cool kids, who also, as it happens, shouldn’t balk at paying the $20 monthly subscription fee.

Help fans use Tidal to better connect to artists they love, and they will feel cool—feel better about themselves—by association.

Fix the Problems
Much as I enjoy Tidal’s superior sound, some things need tweaking. Fixes to prioritize:

4. Tidal curated content and playlists are excellent, but search isn’t smart enough. I often will look for something several ways before finding it. Discovery is everything. Make it easier. Qualification: Search is fast and the user interface considerably more responsive than Beats Music.

5. Tidal charges too much and too little for subscriptions. Eliminate the $9.99 low-fi tier. Lossless HiFi is the point. Don’t make the service needlessly comparable to low-quality rivals. Let it stand alone. People pay more and get better. Like HBO versus broadcast TV.

Offer a limited-time two-for-one special. There are many older listeners like me who want lossless and will pay for it. Let us share Tidal with our bass-addicted Millennial children. Reward early adopters with two separate logins for $19.99 per month. That also helps reset the comparisons. Low-fi is $9.99 per user per month, as is Tidal per subscriber. Make the intro offer time-contingent—say six months or even a year.

Speaking of a year, offer a 12-month, discounted option. One idea: $200 for the year. Or: Pay for a year in advance and get three months free. That would be better than highlighting how much is paid upfront.

6. Tidal exclusives need broader appeal. This one comes back to focusing on the fans, not the artists. Don’t just provide subscribers with content they can’t get anywhere else. Give them something that is unique and appealing. For example: Audio aficionados and collectors love bootlegs.

Artists can bootleg their own. Competing services will invite musicians to play exclusive, live gigs. Artists with licensing control over their content can record live in concert and make exclusive tracks available within hours or, worst case, days. These exclusives will appeal to Tidal subscribers and help promote ongoing tours.

Regardless the kind: More, more, more. Let some exclusives be exclusive. Brilliant example: Recent reports that Jay Z and other Tidal artists are calling listeners to thank them for using the service. Yeah. Yeah. Connect to the fans.

Lifestyle Choice
The point: Tidal’s target market is the lossless listener, who in some respects is the truest fan. Audio fidelity is part of the relationship he or she has with the artists. But relationship is the keyword, and how that is defined. Connecting directly with fans, providing them exclusives, or making them feel better about themselves is part of the process of establishing and extending the relationship.

“Take the Tidal Challenge” is one easy and cheap way to promote the service’s benefits. “Listen to nothing else for three weeks, then try Beats, Spotify, or your music collection. Tell us if you can’t hear the difference”. Meanwhile, Tidal offers exclusives and other promotions that establish stronger relationship between fans and artists. Enthusiasts are the best marketing evangelists. Let them be.

Music is a lifestyle. ChipChick, Engadget, and a chorus of other critics shouldn’t define the Tidal lifestyle,