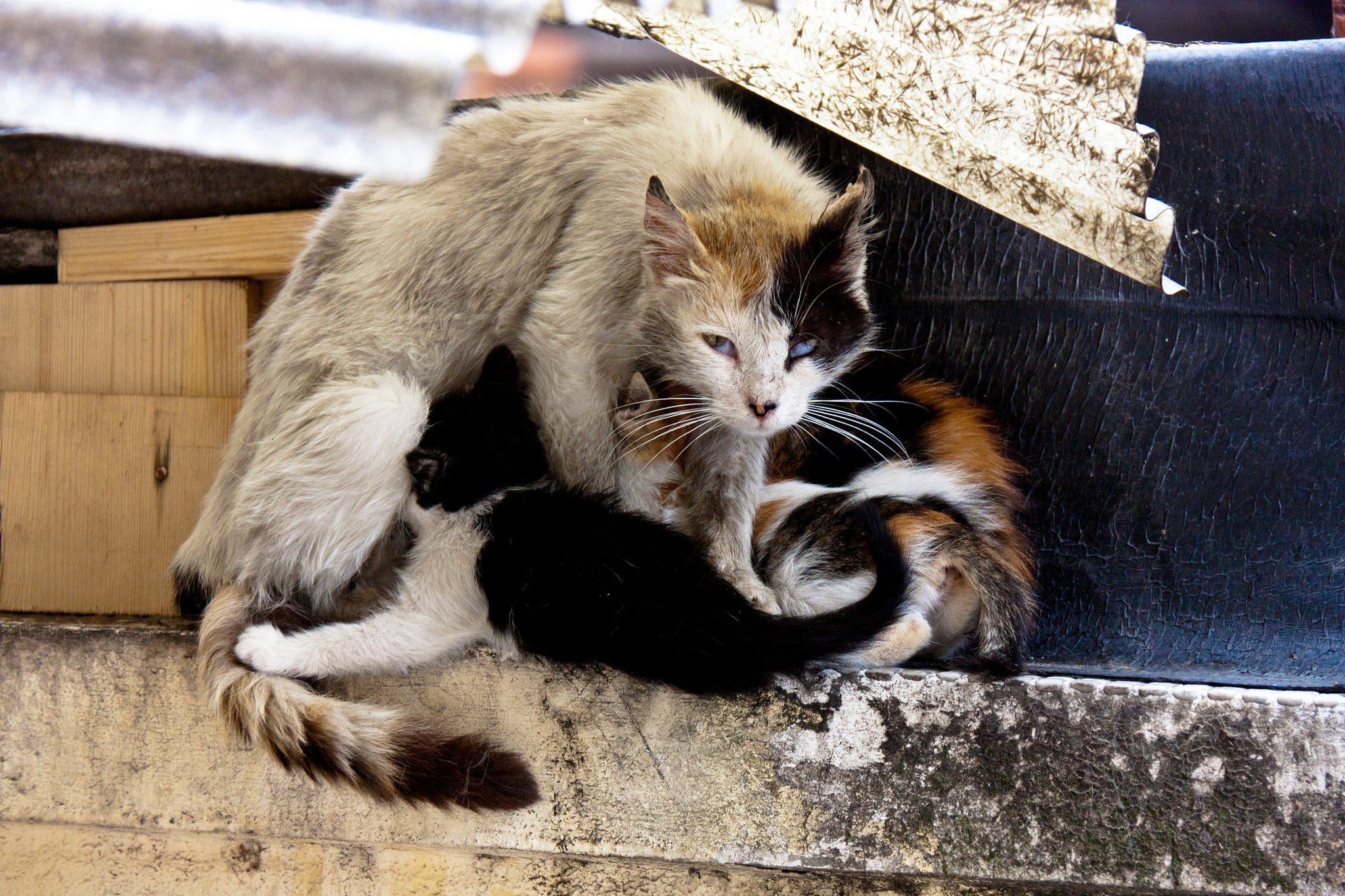 After a long hiatus, serialization of my ebook Responsible Reporting: Field Guide for Bloggers, Journalists, and Other Online News Gatherers resumes. This chapter, and the last, are the most important for doing what you’re supposed to report responsibly. Major theme last time: The importance of asking “Who benefits?” about everything. Today’s installment turns around concept “conflict of interest” and points the finger back at you. The traditional view about conflict of interest is misguided, and it is fundamentally outdated for online news reporting—or any other.

As Chapter VI explains, I see objects of conflict as mattering much more than traditional concept of conflict of interest. Stated differently: Human relationships are more influential than financial gain. Worse, there is a fairly recent trend where bloggers or journalists post ethics statements, which I view as worse than useless. So-called transparency justifies continued conflicts rather than separation from them.

Finally, you will read about journalist Kara Swisher and what I see as absolutely unacceptable conflict reporting about Google, where her spouse worked when Responsible Reporting published. However, not long later, Swisher and her spouse separated and the other woman went on to be Chief Technology Officer of the United States. Separation doesn’t remove the object of conflict but potentially increases influence, depending on many factors, such as the emotional temperament between the women and reporting Swisher does about government technology.

Reminder: Responsible Reporting will release into the public domain some time after the serialization concludes. With that, let’s begin…

The human element is appropriate segue to one of this book’s most important topics and its reframing: Objects that conflict with your ability to be a trusted source of news. Let’s start with definitions.

My definition differs from some others that apply conflict of interest to the responsibility of revealing the truth. As previously stated, audience matters more in the age of context. However, one of the strongest basis for establishing and maintaining the audience’s trust is to report what you know to be true in the moment.

Measured Obligations
Conflict-of-interest is directly proportional to obligation. As the benefit the reporter receives from the object of conflict rises, potential influence increases. The same rule applies to sources.

The traditional news ethic applies monetary value to conflict of interest, which is why most media organizations cap gifts or review products to $50 (if that). Rationale: The more you receive, the greater the obligation. I disagree. Personal relationships, many of which cannot be measured by dollars and cents, or affiliations delivering direct financial gain are much more influential—and too often newsroom ethical rules diminish or dismiss the former.

That said, some gifts carry obligations because of human relationships. Intimacy increases influence. That’s why I recommend that journalists keep cordial but distant relationships when working with marketing or public relations professionals.

Motivation and methods measure degrees of conflict. The “Who benefits?” question is one of the best tools for revealing how much, either for yourself or for your sources. If in self-evaluation, you benefit more than your audience, you are compromised. You cannot be a trusted source of news. You won’t report what you know to be true, thus violating the Prime Directive.

The simplest way to diminish your own conflicts of interest is to reduce obligations. Basic guidelines:

Ethics Statements
Many bloggers and journalists post ethics statements on their author pages. These disclosures generally are bogus, because there is presumption that transparency disavows objects of conflict. Admission absolves you of nothing.

I single out two disclosures, not because they’re better or worse than others but because of writers’ visibilities and their past mutual mud slinging about ethical issues. Michael Arrington and Kara Swisher

Arrington’s April 2011 “An Update To My Investment Policy” discloses outside investments in tech companies, some which he might report about: “The easiest way for me to handle this is to be up front about all of these investments and disclose it in posts, which I’ve done and will continue to do. I think that this will all be fine. I’ll still be very hard on companies I invest in when they deserve it”.

Not for the first time, Swisher—then co-executive editor for AllThingsD and now for re/code—responded to (or by questioning Arrington’s boss precipitated) his disclosure. For all the blush and pomp about Arrington ethic’s, Swisher’s position is quite similar: Transparency makes everything okay.

Her newest ethics statement, like the one from 2011, largely is a justification for why her marriage to a Google executive doesn’t impact her tech news reporting. Clearly Swisher is concerned, spending more than 600 words and seven out of 16 paragraphs on the topic. Her priority is right: “I know that I am asking for a large measure of trust from readers of the site, and I pledge to do everything I can to be deserving of that trust”.

True transparency, one worthy of trust, would be:

Separating the object of conflict is the only sure way to remove influence and obligation from the news gatherer.

However, from another perspective, Arrington’s and Swisher’s conflicted relationships could generate valuable news. Arguably, access—to the companies he invests or to Google—facilitates the “public’s right to know”; or as I advocate, puts the audience’s interests first. But intimacy of the conflicted relationships exerts too much influence to be ignored. Separation is sensible solution.

Something else: If, by SPJ’s standard, the reporter’s first obligation is to uncover the truth, then Arrington’s investments and Swisher’s marriage impede news gathering. Because the relationships, and disclosure about them, close down some avenues for reporting.

Swisher’s spouse “is currently working at Google[x], the division of the company dedicated to ‘moon shot’ experiments such as driverless cars, Project Glass (wearable computers) and Project Loon (Internet access delivered by high-altitude balloons)”, according to the ethics statement. “She does not share information with me about any of these projects or any others at Google”.

Swisher’s spouse works with or around some of Google’s most innovative new products in development—newsworthy topics relevant to the re/code tech audience. She won’t be a source on these projects, nor might other Google employees working with her. Conflict of interest works both ways.

What if a scoop about Google jeopardizes the employment of Swisher’s spouse? Or another risks Arrington’s investments? Both bloggers would lose much and must decide between the object of conflict and their audience—or the truth, if you prefer. Swisher writes that she doesn’t benefit from her spouse’s stockholdings in Google, but how can she not be impacted if the other woman risks losing job and financial resources because of a re/code story? Such work trauma would inevitably impact their two kids, too. How could Swisher or any other parent not be influenced by something threatening the children’s well-being?

Kids are excellent example explaining my meaning when referring to objects of conflict and the influence they excert. In movie “Air Force One”, Harrison Ford, playing the president of the United States, stands tough against terrorists until one of them puts a gun to his daughter’s head and threatens to shoot. There are good reasons why the theme is common in literature, movies, and television—abducting a child as leverage.

You cannot separate the object of conflict from conflict of interest by disclosing it. To reiterate: Transparency absolves you of nothing.

Hidden Agendas
To repeat, the only interest that matters is your audience. Objects of conflict are often broader than direct relationships or investments, however.

For example, Apple PR once offered me an interview with Steve Jobs if I killed a story. I don’t recall the exact one, but know the report involved Apple resellers. I had never interviewed Jobs, and doing so would have been good for my career. I acted on behalf of my readers instead. While they would benefit more from a Jobs story than the other, I didn’t believe the offer was genuine—that anyone could deliver on such a promise. Additionally, the responsibility to publish the story in hand outweighed the promise of something in the future. I declined the offer and filed the story.

Anecdote: Feb. 11, 2000. Friday. Slow news day. I sit at my desk contemplating my next story. Emails ping. Then instant messaging. The phone rings. Everyone basically asks the same question: “Joe, did you see? You sent Microsoft stock falling”. I sit surprised.

Earlier, my story “Move to Windows 2000 may not be smooth for all” posted to CNET News, where I am a staff writer. To me it’s just another article—and timely—with Microsoft launching the operating system in three days. But nothing is typical.

Hours before, Gartner sent reporters rather ubiquitous email stating that analyst Michael Gartenberg could discuss Windows 2000. I ring him—and no other reporter. What I don’t know: Gartner has reached a compromise with Microsoft, a client, regarding the analyst firm’s official press release about Windows 2000; timing and tone. But the software giant can’t prohibit analysts from talking to reporters, but none respond. Except me.

My lede paragraph gets right to the point: “One in four corporations making the move to Microsoft’s Windows 2000 will run into problems getting the operating system to work with existing software and systems, according to an industry research firm”.

The stock market reacts unfavorably to the assessment, which hits harder in the seventh paragraph: “The market researcher predicts that by year’s end, only 15 to 20 percent of customers now using Windows 95 or 98, or Windows NT, will upgrade or purchase Windows 2000 Professional replacement systems”.

As turns out later, less than 10 percent of enterprises deploy Windows 2000 by year’s end. Gartner’s cool assessment is too warm. But I can’t know that today.

While writing the story, I deliberate which of the two data points to lead. I choose the 25-percent figure because “one in four” feels stronger—packs more emotional punch—than “15 to 20 percent”.

The story illustrates third-party conflict of interest that influences news reporting. Gartner’s clients include tech companies and large corporations, obligations that create conflicting interest. The firm compromised with Microsoft on a staid press release about Windows 2000, which set against obligations to business customers. But Gartner analysts could freely talk to the news media, or their clients, about the research. Making Gartenberg available to the press Friday before the next week’s press release provided way for Gartner to fulfill obligations to enterprises, too.

When answering the “Who benefits?” question you must look beyond the initial subject to objects related to it. The benefit may be to another party, not the first, with which you engage. Second- or third-party obligations create conflicts of interest that could make the source unreliable.

Example: Financial analysts are severely conflicted and so are unreliable sources, despite their being widely quoted in the news media. Analyst A covers Google and issues reports to his clients, who are invested in the search company. From your perspective as a news gatherer, the analyst is conflicted, because he gives public advice about companies which investments benefit him or his clients. From his vantage point, there is no conflict at all, since he puts his clients first—as you do your audience.

But as a source, his interests likely conflict with yours as a trusted news source to your audience. For example, you can’t be sure why he gives advice not to buy shares in Company B—so doing might benefit his clients invested in Company C. Whenever a source stands to gain large financial benefits, presume his or her interests conflict with reporting obligations to your audience. Objects of conflict are more than about your relationships. You must carefully examine sources’ motivations, too.

In the age of context, your first obligation is to your audience. Any relationship that puts the audience second is conflict of interest. You must examine sources’ motivations and methods to determine their objects of conflict, and, as such, their reliability for your reporting.