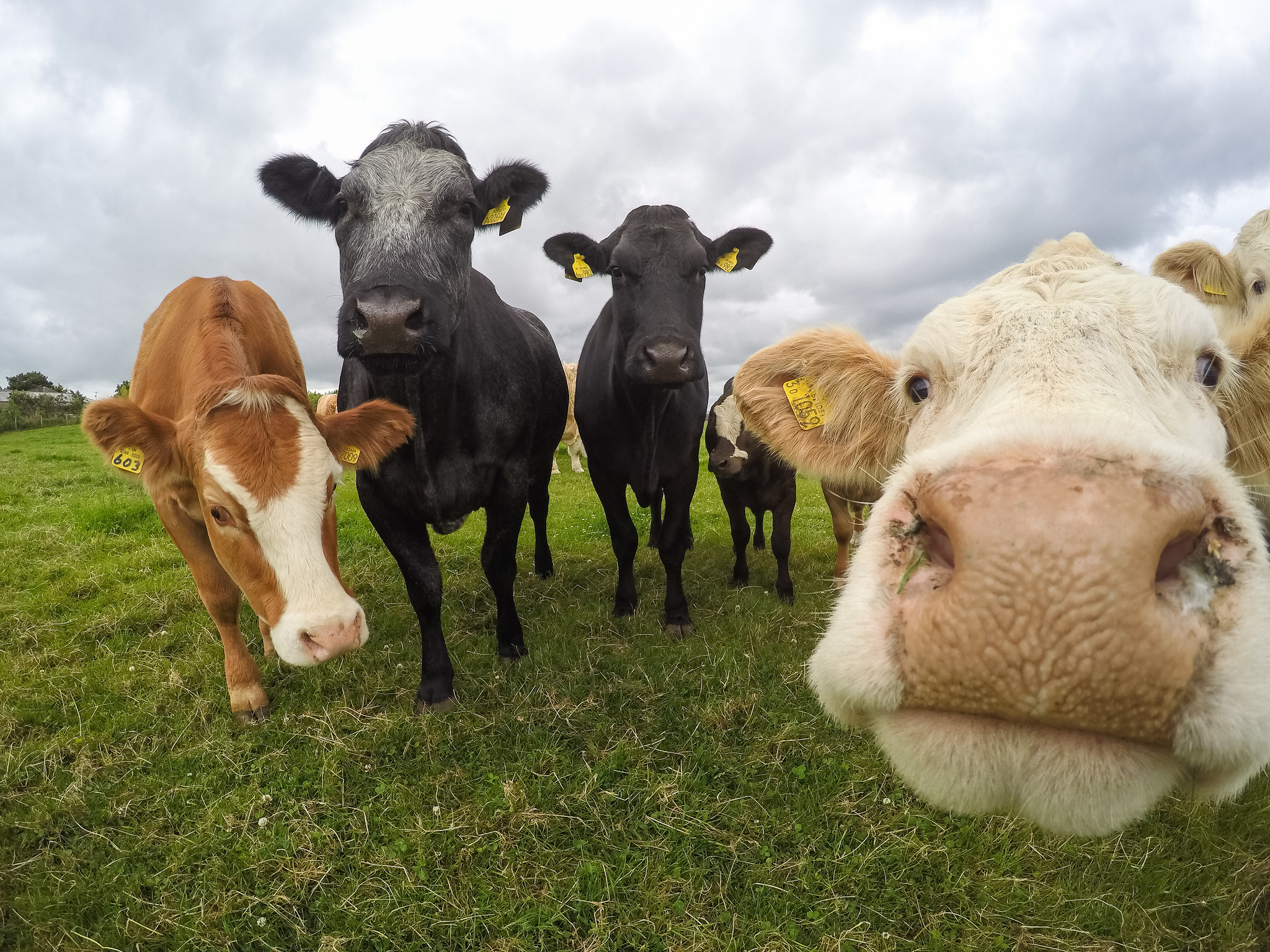 Good News for Apple
Today’s scoopy doopy doo is about Apple Music hitting 10 million subscribers. I always ask about anything: Who benefits? That’s particularly so when it’s Sunday and some stock-influencing rag scoops something about the forbidden fruit, referring to Apple’s penchant for keeping secrets except when there is marketing or brand-image benefit from selective disclosure. This scoop, like other Sunday doo-wops from the Wall Street Journal, stinks of deliberate leak.

It’s all free PR, which Apple kind of needs, with rumors roaring about iPhone’s sales decline. The stock closed below $100 ($96.96) last week, sending shudders across Wall Street, while the financial press bangs a different gong with rabble like: “Apple’s Asian Miracle Won’t Materialize, So You Should Sell the Stock” or “Apple is in a ‘disastrous’ situation: Trader”, from TheStreet and CNBC, respectively. With nearly two-thirds of revenues tied to iPhone, concerns reverberate share declines; the company needs good news somewhere—and there’s nothing like a scoop to spread it.

The sourcing for the 10 million figure could be cut and paste from other Apple news scoops that also posted over a weekend, but more typically Sunday: “People familiar with the matter”. Mmm, like someone working for Apple or disclosing at its behest.

Better News for Financial Times
While Apple cherry-picks favorites, and I don’t mean to question FT reporting or sourcing, the newspaper seeks to also bang a gong, taking advantage of the aggregation economy that otherwise steals content from its website. The email that I received, and surely other news gatherers, is spoon-fed. Oh my, I can’t even read the story on the newspaper’s website. I get the subscribe-to-read notice you see below. Story text is in the email I received. Hehe. 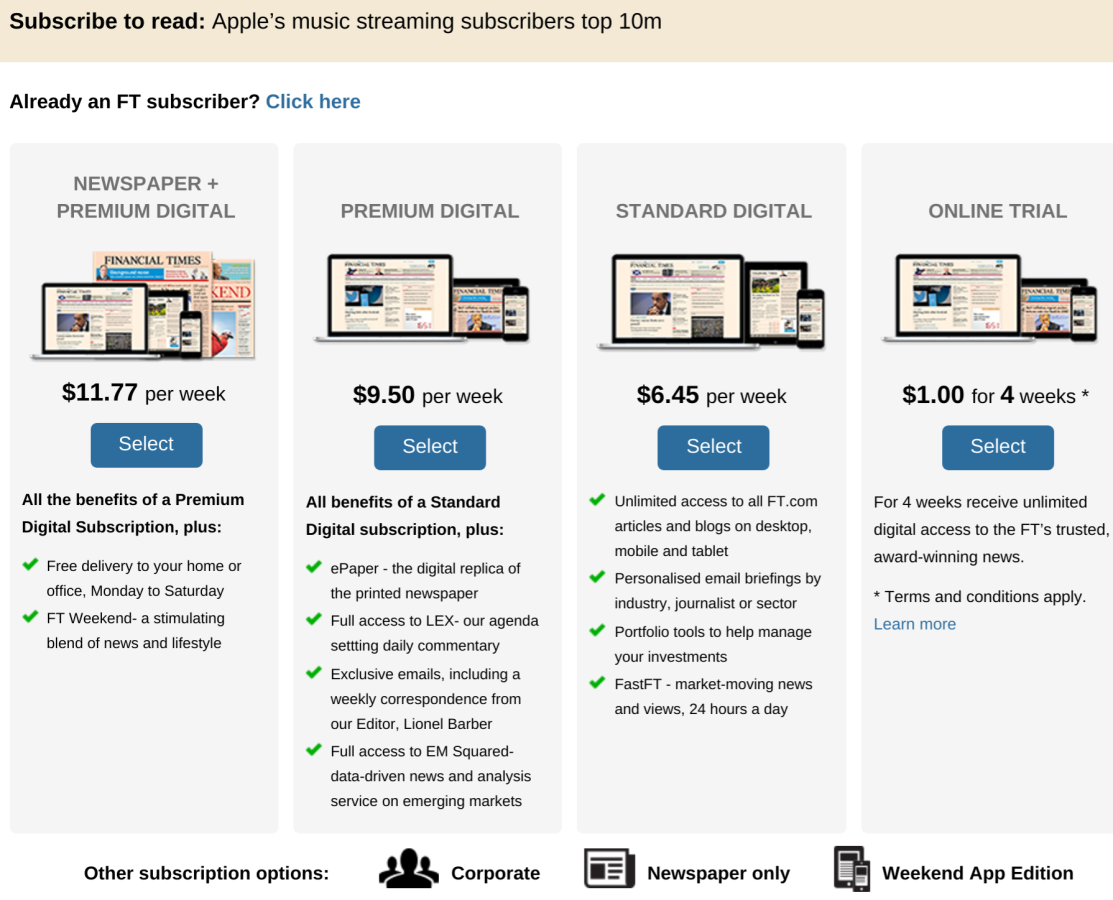 In the aggregation economy, clickbait isn’t a single story with irresistible headline, as so many people wrongly believe, but one that spreads across the InterWebs like a spidery fungus. Every site that cites the Financial Times, whether or not there is linkback, legitimizes and promotes the newspaper’s reporting. The old age that there is no good news in the news media is misspoken. There is good news for media outlets that see scoops generate awareness and linkbacks.

I was going to ignore the FT story—why play Apple’s promotion-by-leak game—but then aggregated synopses showed up in my RSS feeds, starting with this one from Engadget, followed by TechCrunch and others. Sigh, the state of the news media too often is a public relations shell game.

Off with their heads!

Postscript: I adapted a shorter version of this story for Frack That!, adding four additional paragraphs of analysis:

The leak allows Apple, through news organizations willing to bend over for an anonymously sourced scoop, to take control of the narrative. Would Spotify get such Sunday spread? Seriously? The narrative will be how quickly Apple Music reached 10 million compared to Spotify, while ignoring that Spotify helped build the streaming market and of course growth takes longer in an immature category compared to one that is established. Also surely to be ignored: Apple’s rapid rise represents bandages on the bleeding download sales business.

Here at Frak That! we like to have fun with and to make fun of the crap clogging the InterWebs, and we hope to make you laugh along the way. Poking the absurd is pure joy that we want to share, like questioning who benefits from this Apple scoop (Mmm, like Apple?). Why stop there when we can put meaning to those 10-million subscribers, which number isn’t as big as the blogosphere boasts.

Apple is a latecomer to subscription streaming, which increasingly generates more revenue for labels than do digital downloads. For example, Universal Music: “Subscription and streaming up 33 percent, accounting for 51 percent of digital revenues in Q3, while download revenues down 8 percent”. Warner reported similar trend earlier; for the quarter ended Sept. 30, 2015, digital music accounted for 44.4 percent of total revenue. Clincher: “Growth in digital revenue continues to be driven by streaming services”.

Digital music is moving away from downloads much as it did from CDs. Every subscriber streaming means multiple fewer sales for iTunes Store. Meanwhile, Apple lost its five-year Beatles digital exclusive, when the music was made available to numerous streaming services on Christmas Eve. Can we cue “The Long and Winding Road” now?