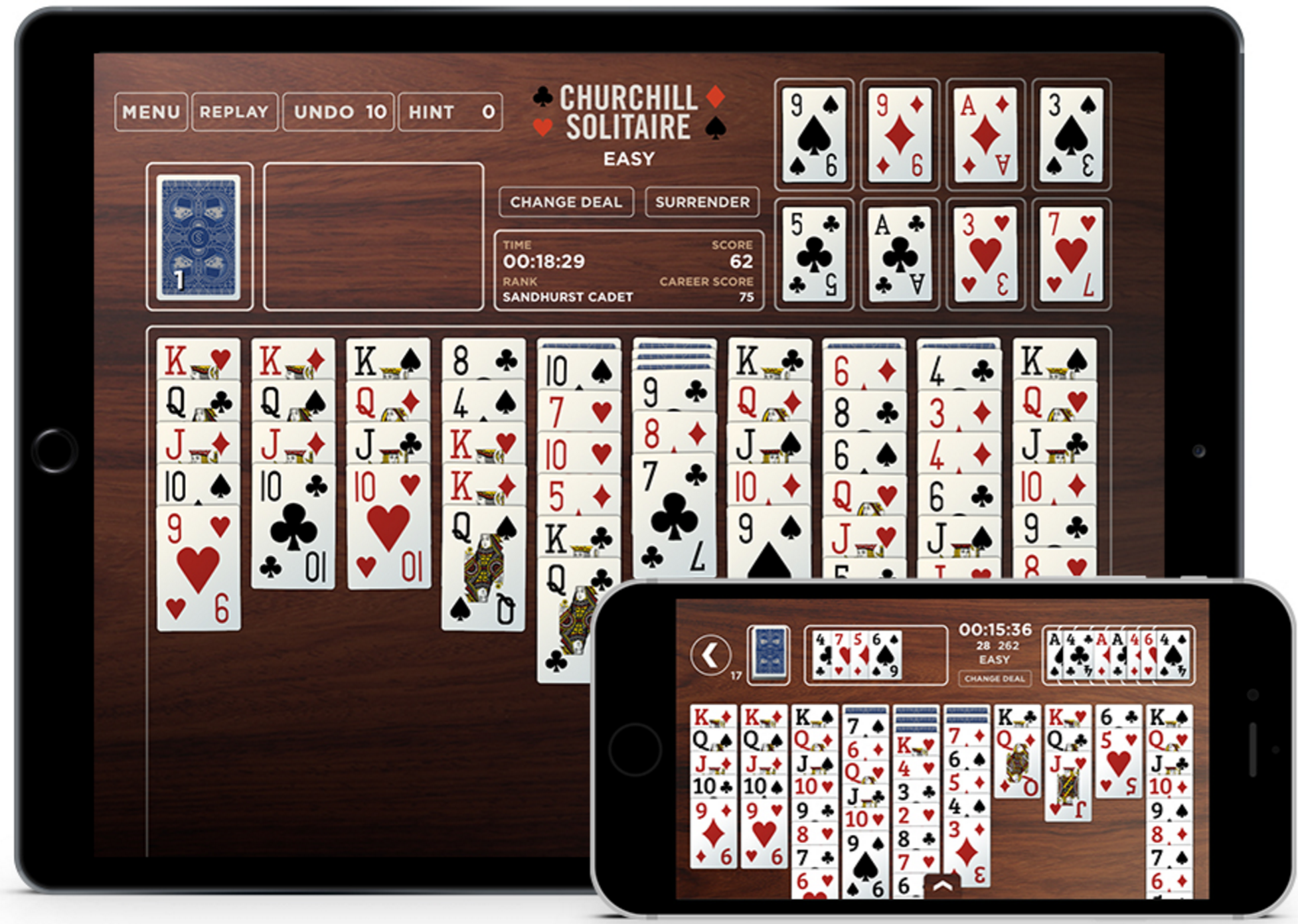 What does it say about America’s grand cultural decline when big political forget-me-nots want to develop applications, just like their grandkids do? Former Secretary of Defense Donald Rumsfeld, 83, has developed a mobile app. Honest to God! It’s all over the interwebs. What are the chances there could be another Donald Rumsfeld, who is younger and develops apps for a living, thus making bloggers and Facebook Fraappers wrong? Nah.

Churchill Solitaire is available right now, for iOS, if you’re lucky enough to use iPhone, as does the former Secretary. The non-Android smartphone makes him feel safe because Apple CEO Tim Cook gave the “no-encryption-backdoor-for-you” middle finger to the U.S. government and Mr. Rumsfeld’s former employer.  The app is described as “the most diabolical version of solitaire ever devised”,  And the former Secretary of Defense is responsible? Boo hoo, Waterloo!

Do you see how effing frightening this is? Did he learn about software development on the job during his free time? Somebody coded WOPR, which nearly nuked humanity. That’s not to be confused with WopR—”a  lame and ignorant Republican”. Hehe, wish I could make up shit this good; it’s Urban Dictionary gospel.

Perhaps Donald oversaw development of code for nuclear silos. Sidebar: Rumsfeld should not be confused with The Donald, as in Trump, although some people might confuse them for brass ballsy bullshit so thick it measures like Blizzard 2016 snowfall.

Maybe the former Secretary developed the app for the boys in the silos to play while waiting for the nuclear first-strike alert. I hope that Churchill Solitaire isn’t too diabolical, lest someone frustrated by losing the game blows a mental fuse and then blows a missile. No sweat, we don’t need Flint Michigan and its contaminated water anyway. Kaboom!

Meeting of the Minds
Donald—reminder not The Donald—and I crossed paths in March 2004. The European Union had just whacked Microsoft so hard that CEO Steve Ballmer’s head bounced like a pinball in Bally’s “Monopoly: You Lose” machine. Tilt. Tilt. PBS Newshour invited me to go an air to expertly respond to the EU’s legal equivalent of a nuclear strike. Mr. Rumsfeld appeared separately, interviewed by none other than big man on camera Jim Lehrer, about something unrelated.

I had a clear view of Donald, who looked larger in life, which surprised being he is but one inch taller than me. I’m short (and was fat then). Jim asked aggressive and probing questions. He’s BMOC for a reason. But the Secretary of Defense proved equally adept, delivering some of the finest non-answers I have ever heard from a politician.

BMOC: “Mr. Secretary, you flew fighter jets during ‘Independence Day‘. How did it feel to fire nukes at the alien scum?”

Mr. Secretary: “I learned to tie my shoes at age three. My father always said that I was a fast learner. I have applied the lessons learned from that experience to fight the war on terror”.

BMOC: “We filed a Freedom of Information Act request for information about your capture by the aliens. The Department of Defense mistakenly sent an unredacted copy. Is it true they use rectal probes?”

Mr. Secretary: “So that’s why my butt hurts 18 hours a day. I don’t recall the incident, Jim. Maybe they wiped portions of my memory, too. Reminds me: Can we move this along? I have an appointment with President Reagan in an hour”.

Editor’s Note: This story first appeared on Frak That!