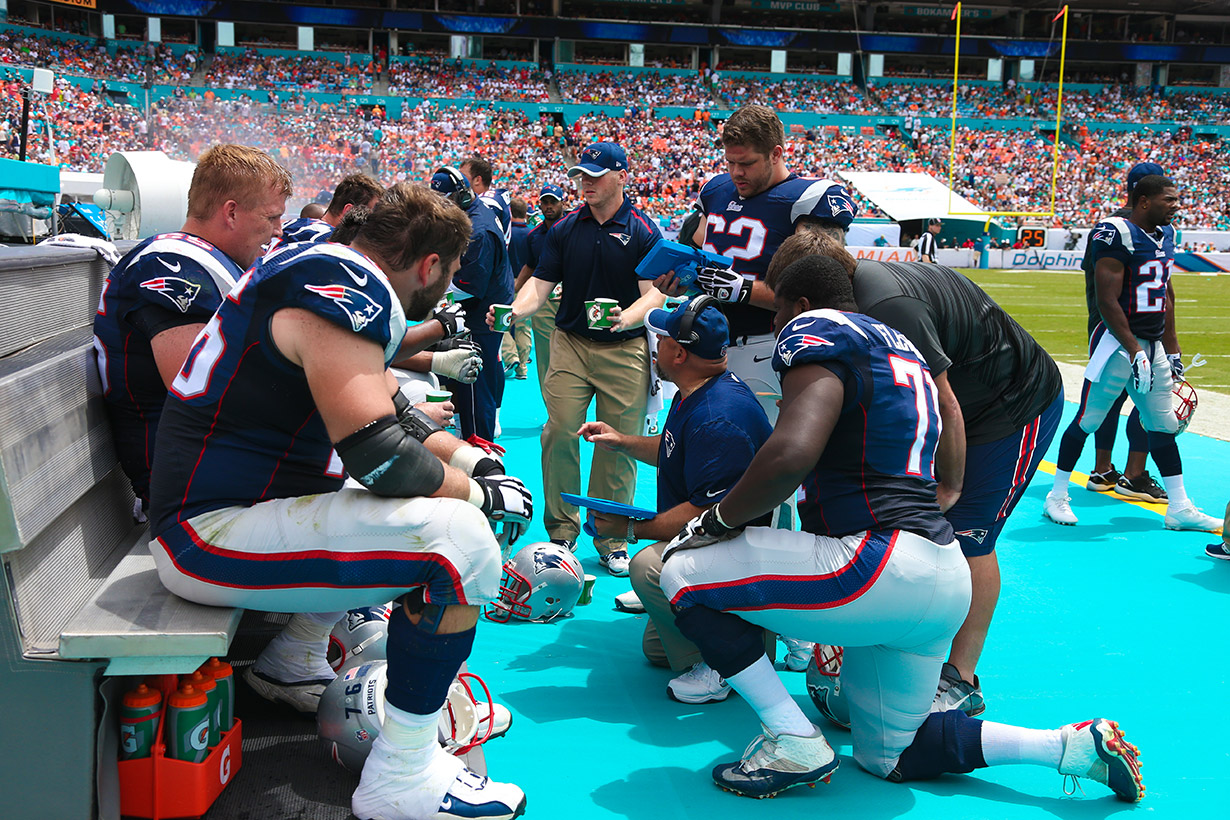 Maybe I’m just pissed that Sunday night’s NFC play-off game between the Carolina Panthers and Arizona Cardinals and follow-up nauseating sports anchorism went over the scheduled time by 25 minutes, so that The X-Files’ return started late and my DVR stopped on time but the program went overtime. Just as Fox Maulder came to disbelieve everything about the alien invasion, the recording stopped. Or maybe I’m a native New Englander who cheers for the Patriots and must blame the two-point loss on someone or something else!

CBS Sports reports that the Patriot’s Microsoft-made Surface tablets all simultaneously pushed up daisies for 20 minutes during yesterday’s crucial game. Twenty minutes, all while the Denver Broncos used their tablets just fine. Crack IT EMTs rushed to resuscitate the devices, which were deprived of network connection and God knows what else. Hehe. The X-Files stimulate my long-suppressed conspiracy-weaving ways; I wonder if there is no coincidence here and West Coast-based Microsoft took down the East Coast’s leading team.

Let’s rewind and replay. During last year’s playoff, Patriot’s quarterback Tom Brady allegedly deflated the football, enabling him to throw faster, farther, and with finer accuracy. That win pitted the New England team against the Seattle Seahawks during Super Bowl XLIX, where the Patriots triumphed by 3 points. Where does Microsoft call home? Seattle, Wash. suburb Redmond. Payback’s a bitch, bitch.

Is it coincidence that in the same game as Deflatgate a year later that Surface put the screws on Brady’s team, giving the Broncos similar advantage? If Microsoft the company of employees doesn’t root for the Denver team, and perhaps connive for its victory, then, Hell, I’m Joe Namath. What? You think it’s karma that the Patriots got frakked during the championship game where shenanigans a year earlier set in motion the Seahawk’s Super Bowl fumble?

Those Seattle chumps want payback, and what poetic justice. You couldn’t write a screenplay with such riveting plot as this conspiracy theory. Microsoft-somebody sabotages Surface—tech that American footballers rely on way too effing much.

Of course, the grand conspiracy could be the conjecture of my X-Files deprived, Patriots mourning mind. Which case is worse for Microsoft. Calculated, brilliantly-executed sabotage delivered with poetic finesse is praiseworthy. Even if you disagree with the tactics, you have to respect the cunning execution.

The alternative is grimmer, because it validates the crap-technology barbs that the Apple Faithful frequently jab. It would be good reason for the sport, where too many players call their Surface tabs iPads, to switch allegiances. Tell Microsoft to stick it and change teams. Apple couldn’t create anti-Surface marketing better than last night’s fiasco, disabling the Patriot’s coaches just enough to fumble the play.

If Microsoft geeks weren’t devious enough to execute the Surface stumble—to keep the Patriots from embarrassing yet another Western team—Apple should rush and block the play. Make sure Super Bowl Sunday, Feb. 7, 2016, is all about iPad on the sidelines. And, Microsoft, if you didn’t orchestrate this thing, pretend you did. Leak to the bloggers, taking blame.

Because it’s better to be complicit and smart than stereotypically stupid.

Editor’s Note: This post first appeared on Frak That!