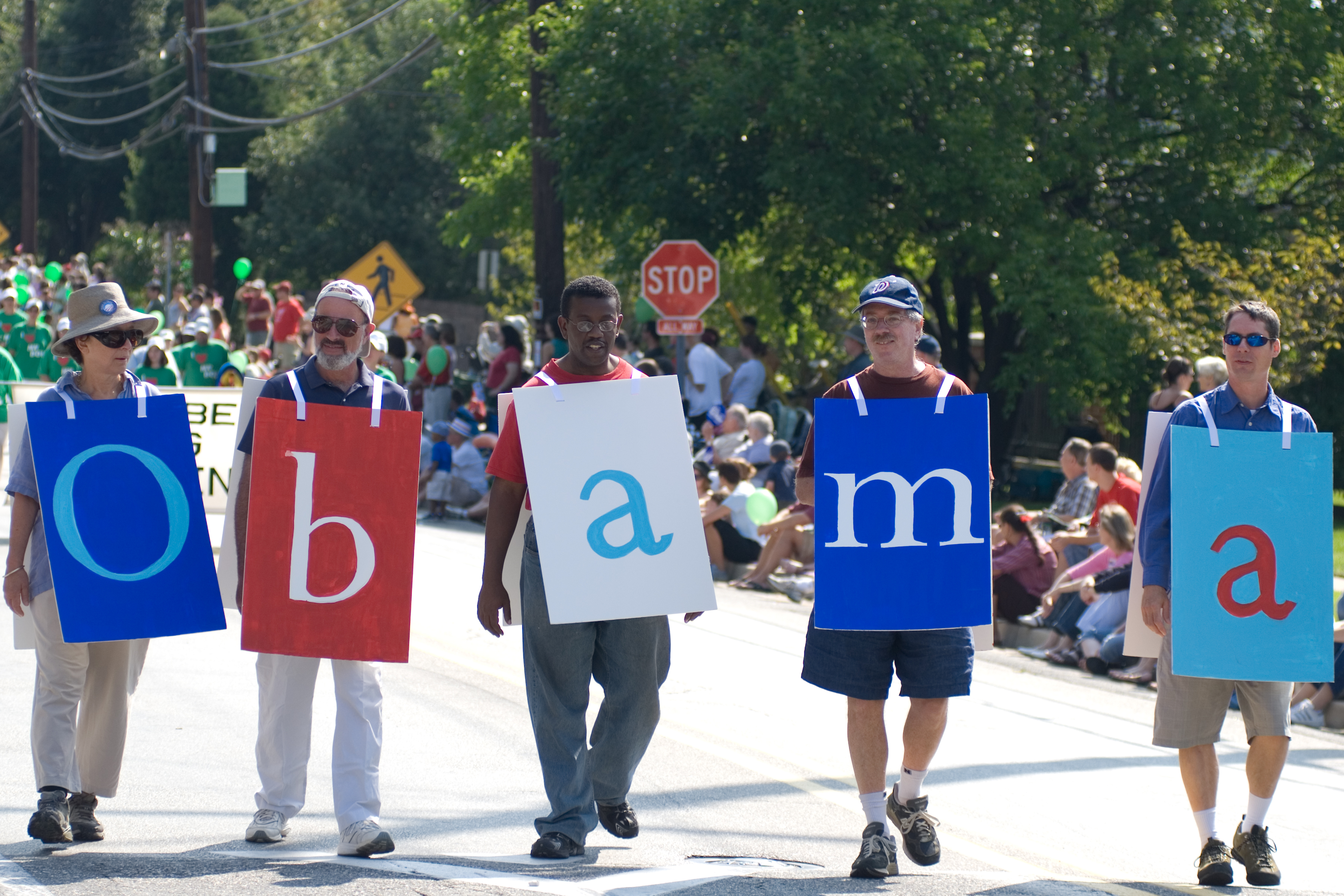 Six weeks before relocating from Kensington, Md. to San Diego, Calif. in October 2007, I photographed the local Labor Day Parade using the Nikon D200 and Nikkor 80-200mm f/2.8 lens. Looking over the album posted to SmugMug 10 years ago, I see something that makes me laugh. Caption to the first of two similar pics: “I got a kick out of these Barack Obama supporters—simple, but effective marketing”. To the second—the Featured Image: “Barack Obama could be a viable Democratic candidate for President. It’s too early for me to support someone from either party. I say this in qualification for the unexpected message this picture delivers. Do you see it?”

Ah, damn, this photo deserved better exposure during the Obama years. I did vote for him, both times, BTW. But his second term left me feeling disappointed. Anyhow, since the 44th President is in retirement so much a thorn to his successor, and because I’m in one of my moods, the Trump Administration has my permission to use the pic for noncommercial purposes (linked file). May I suggest obvious hashtag #StopObama?