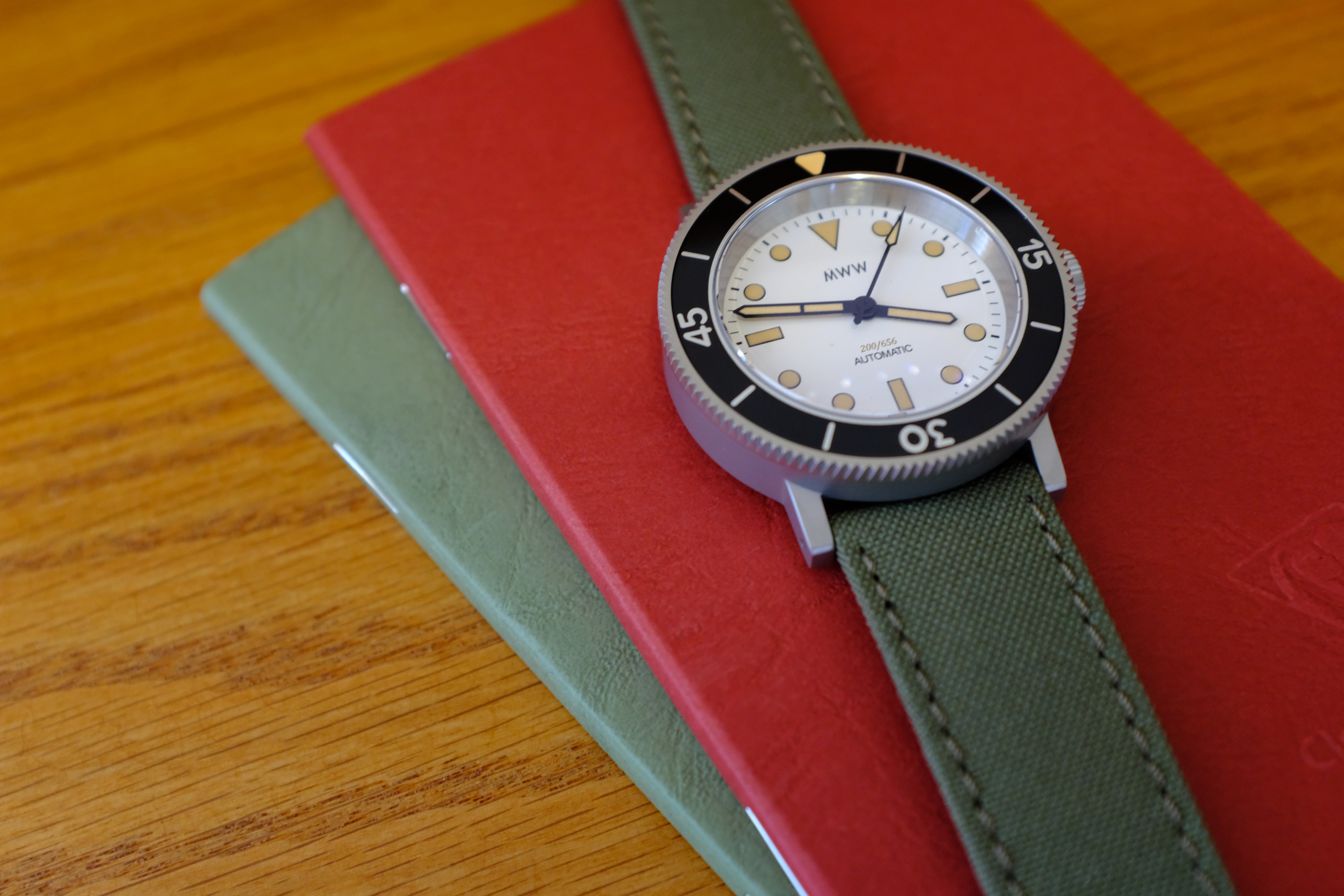 For about 12 months, Apple Watch has served as fitness tracker and personal trainer—that after I had scoffed (still do) at people who are wrist-wear obsessed about calories burned and steps taken. Unquestionably, I am more exercise-aware because of the Activity app but also held back by it. All that counting, coupled with smartwatch features that distract as much as benefit, had me wanting to maintain an active regime without the coaching. Besides, I’m on a quest to simplify. I’ve done this Internet-rushing-around thing now for nearly a quarter-century.

Recent purchase of the Fujifilm X100F fits into my simplification kick, in part seeking that which is atheistically and ergonomically vintage. The digital camera is as old-fashion as it is modern. Similarly, my Grado GS1000e headphones, while oversized, look and sound nostalgic. Yesterday, USPS delivered two Clairefontaine 3.5 x 5.5 Ruled pocket notebooks (think Moleskin but with earthier colors and better paper). I will carry one in a back pocket and use pen to jot down ideas (how marvelously creative). My wallet used to be there, but last year I bought the slim, Saddleback Leather Front Pocket ID Wallet, which will last longer than me. Simplify! Circling back, this afternoon I put aside Apple Watch—perhaps temporarily, maybe forever.

I had been thinking about swapping in a more traditional timepiece for several weeks before making an unexpected purchase five days ago (Saturday). As an iconic brand that I can afford, Luminox is a favorite. I hadn’t worn one since making the big smartwatch switch in Spring 2015. Styling, utility, military heritage, and Tritium-tube-lit watch hands and numerals appeal to me. But then, on April 22nd, John Biggs, writing for TechCrunch, presented an appealing alternative: the freshly-released (and available in limited quantities) ManchesterWatchWorks Iconik 3.

Before reading John’s post, I was unfamiliar with MWW—for shame! My laptop keyboard may never again rightly tap-tap from all my drooling while gawking over Iconik 3 photos. The styling, right down to the green watchband, is exactly what I had pined for. Please! Someone pass a tinfoil hat! Because MWW founder Douglas Kim has been peaking inside my brain.

I became obsessed. What else is there to do on Saturday evening but research a company, investigate its products, and compare to alternatives? The Iconik 3 deliberately draws its design heritage from the Blancpain TR900, which was made for the US Navy 50 years ago. Blancpain is still around, crafting timepieces—like the recently-released, retro-styled Fifty Fathoms MIL-SPEC, which could set you back (ah, hum) $20,000. The Iconik 3 is nowhere as rich looking, but for about 2 percent the price, the watch is iconic enough by comparison.

But a nostalgic Luminox would cost about as little and give something more, deriving from the name: luminescence is constant; always there. By contrast, MWW uses Superluminova, which requires exposure to a light source; lume fads over time in darkness. I put styling first, understanding buyer’s remorse is a possible outcome when some night I can’t see the time.

As for comparisons to Apple Watch, convenience and constant connectivity mean different compromises—frequent recharging being near top of the list. Laptop. Smartphone. Tablet. Aren’t these more than enough devices to keep charged without adding one more? Simplified: Wear and forget. Same applies to water resistance, which requires some finagling to activate on Apple Watch for that 50mm. Iconik 3 is 200mm; do nothing more.

Caught up in love of the styling, I made a decision. At 11:22 p.m. PDT, on April 22nd, understanding that only 100 Iconik 3 watches would be available, I placed the order. Forty hours later, I randomly checked the MWW website, where “sold out” greeted. Lucky me.

The strap is stiff, which is to be expected, but comfortable. Nice touch that gives the woven band substance: leather lining. MWW doesn’t give weight in the specifications, but the timepiece feels heftier than Apple Watch; subjectively, and not overly.

The sweeping secondhand is a delightful surprise. I’m accustomed to watches that click, click, click the seconds. Not that it matters, if time is accurate. Bottom line: My out-of-the-box first impressions are all positive.

To be clear: I didn’t purchase Iconik 3 looking for a collector’s item. The limited quantity only influenced my decision to buy sooner rather than wait. Simplicity and style made me one of the lucky few owners.