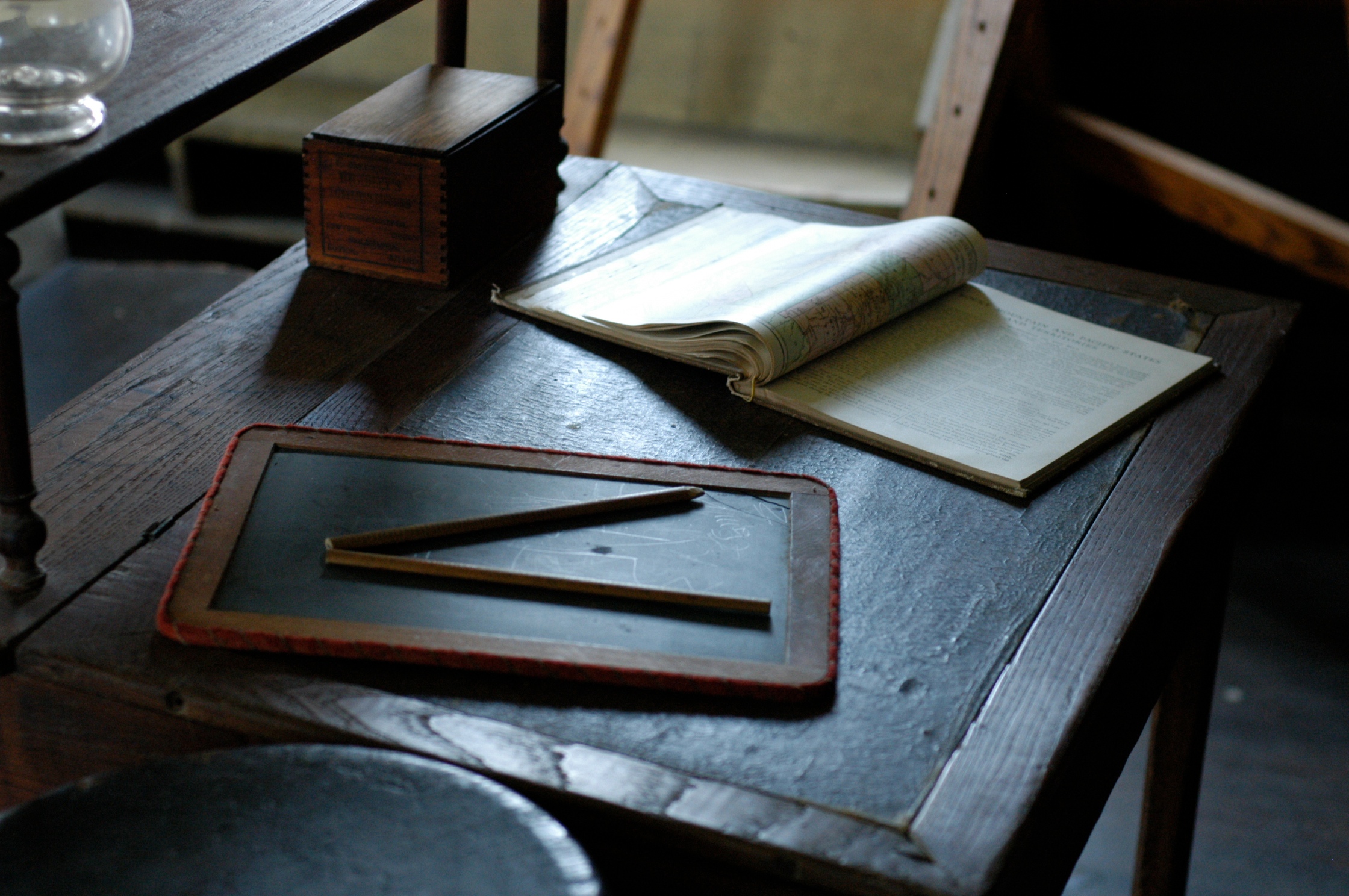 Instead, four days ago, we signed a lease for another apartment that is some blocks away. I emailed our current management company hours later to give 30-days notice. We are officially out in early November.

Anne aptly describes our remaining here as “atrophy and entropy”. We moved to SoCal so that her dad could live independently, which he did until his death at age 95 nine months ago. There are many reasons to move on, and that’s something the Schoolhouse represented: New lifestyle, but in the same neighborhood, which is a good one. BTW, as I write, the property is “in escrow” again—for at least the third time—and final sale may be imminent. Hehe. Good luck with that.

The Schoolhouse sale collapsed on September 13, and we started casually apartment hunting almost immediately. But nothing we looked at compared. This place was like new, having just been remodeled, when we moved in—and the two-bedroom flat still looks pretty good. The apartment sits over a two-car garage, which we share with another tenant. Sliding doors lead to a small balcony, which is another amenity, if for no other reason than the vantage for the cats.

Our monthly rent is relatively reasonable, because of gradual, incremental increases that fall far below market value. As such, by comparison, other apartments cost too much, while offering fewer desirable attributes.

The change came October 7, last Saturday. During an evening neighborhood walk, I proceeded one more block than planned down a newly discovered street. I stopped to gawk at a quaint—no charming—multi-unit complex, before seeing that there was a “For Rent” sign out front. I pulled out iPhone 7 Plus and Googled the address. Also two bedrooms and about the same size as our pad, the apartment had been listed two days, for about $60 more than our approaching November 1 increase.

Next morning, Anne and I set out for one of the local grocery stores, but by roundabout route so that we would walk before the building. I pointed out the complex and the sign, and she piqued interest. Continuing about a half-block along, we stopped. I wanted the phone number to call. She continued on, while I hustled back. Rather than scribble down the digits, I called expecting to leave voicemail. After all, 9:30 on a Sunday morning before the Columbus Day holiday surely meant a closed rental office.

But no! Someone answered. The property manager lives on site, and he was willing to show us the apartment immediately. Hell, I was standing out front. Annie walked back, and we entered the newly remodeled first-floor flat. New appliances. Hardwood floors. Big windows, with good views. Excellent airflow. Inviting courtyard common area. Everything clicked. For both of us.

The place feels right, even if in some ways it isn’t the better choice by logical comparison. We will lose the garage (and all that generous storage space). We will have a tenant above us, rather than living with no one below. We won’t get as much direct sunlight, which the cats love. They will give up spectacular vantage point looking down the alley, where birds constantly flutter and chatter.

Ask an experienced photographer what digital camera to buy, and he or she will tell you that features are secondary. The right kit makes you want to get out and shoot pictures. The emotional quotient matters most. The analogy applies to choosing a residence.

Ten years ago, we rented our current apartment sight unseen. My father-in-law found it, one block from his pad. But the photos we saw gave little indication about what we would get; renovation work was still underway. He made a good choice, and we aren’t unhappy here. Time for change is come, nevertheless, with his passing.

Anne and I have been thoughtful and reconsidering, even after signing the lease and paying deposit and first month’s rent. We toured the place four times in five days—for about 45 minutes yesterday afternoon and the longest serious look-over. We weigh what we give up here against what we gain there.

Even this morning, we had a long discussion about staying put. We aren’t youngsters, and I had worried about the physical toll on our aged bodies. I went so far as  to call our current property management office to see if, hypothetically, we could rescind 30-day notice and renew the lease for another 12 months. While the answer was yes, it realistically isn’t an option; our other agreement is binding. Following a walk deliberately by our new place, we both calmed.

There is so much to like about our new apartment. Full-renovation is a plus, as is the layout. Little niceties abound—from the security door to the design and placement of the windows to the farmhouse kitchen sink to the location’s ambience, whether the common area or the neighborhood street. When we looked at the building from the outside that first day, I could see the space I would want. And, whoa, guess which was the unit available? Unexpectedly?

We graduated from the schoolhouse wiser about owning versus renting. Both options are pricey here in SoCal. Earlier this week, Anne watched a HGTV “House Hunters”, where a 2,400-square-foot, fully-renovated home in Takoma Park, Md.—not far from where we lived a decade ago—was priced at $585,000, or $15K less than what we would have paid for the 900-square-foot, fixer-upper Schoolhouse. Think about it.