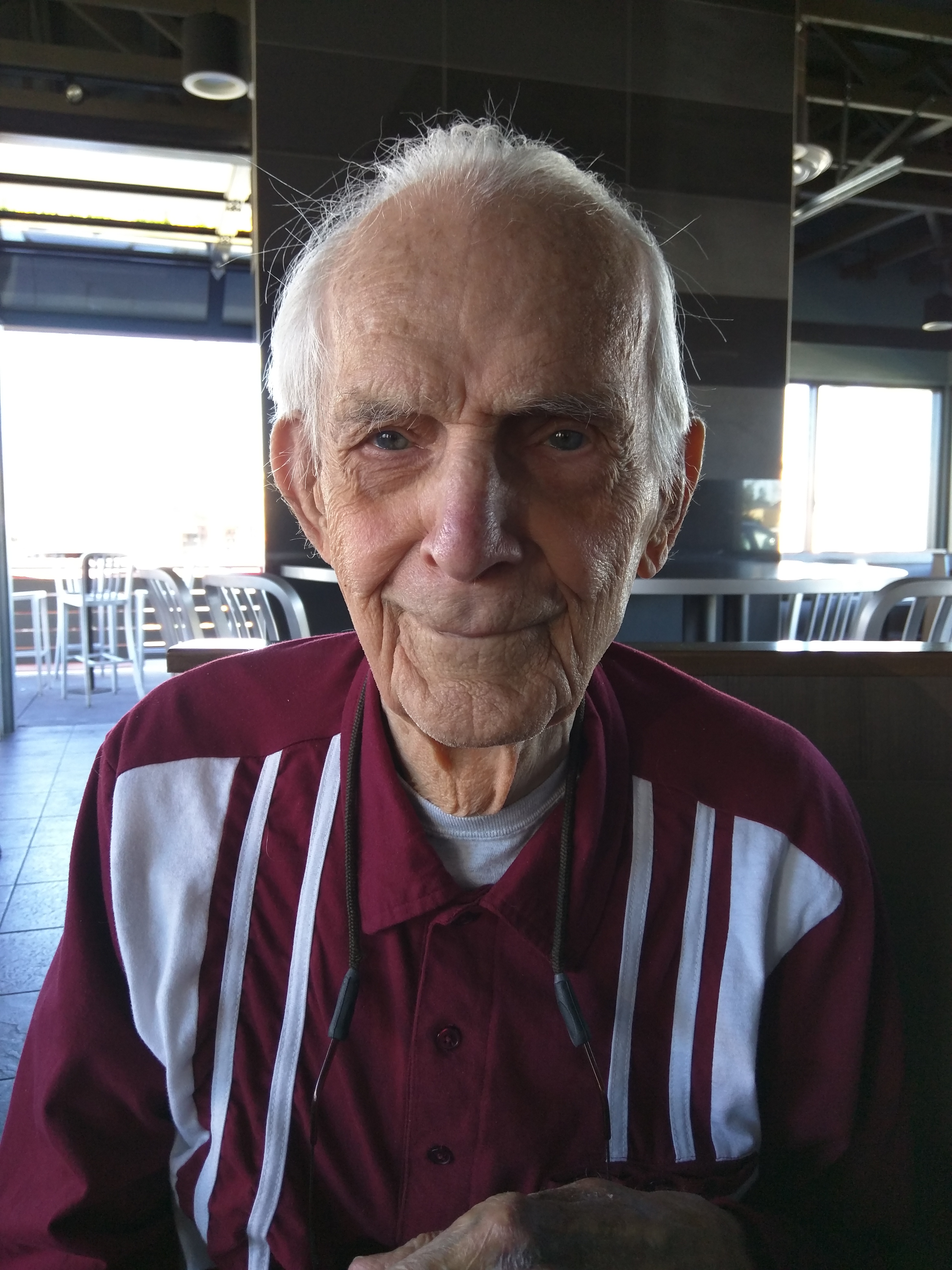 Bob’s vitality declined dramatically, and suddenly, during his last weeks of life. Years ago, I told Anne this is how some old folks die: A sudden drop in wellbeing followed by a rapid, steep spiral. His sharp memory dulled to frequent forgetfulness; he needed naps, many of them; and he often fell asleep during our visits. I warned my daughter at Christmas that Grampy might not see New Years. But his will was stronger. Bob had valleys before, and he always rebounded. Molly had heard similar warnings many times before, and we all had reason to think that the tough old guy had fought back yet again.

But like a Honda Civic with several hundred thousand miles on the odometer, when there is that moment of doubt as you turn the key in the ignition, the time comes where the engine really won’t turnover. You can always buy a new car; no one can replace Bob. Yet he isn’t wholly extinguished. He lives on in his two sons, Anne, and our daughter—and in me, to whom he was like a second father these past few years. My pledge is to make him proud.

I shot the portrait of Bob at the El Cajon Blvd. Sonic in San Diego’s North Park district on Jan. 24, 2015, using Motorola Nexus 6 (Vitals: f/2, ISO 83, 1/60 sec, 3.82mm). Until a tricky knee kept Bob mostly confined to his second floor apartment from November 2016, Anne or I would take him out to lunch three, four—sometimes—five days a week. Hehe, he loved McDonald’s Filet-O-Fish Fridays. I choose this photo because it captures the warmth of his spirit and until yesterday was the image that popped up on my iPhone 7 Plus whenever he called. I won’t have the pleasure of hearing his deep baritone voice, other than from a few saved voice mails.

In memory of my father-in-law, I revise the poem originally titled “Lay Me Down” and written on a cold winter’s day in February 1978, when I was a college Freshman.

We all love you, and will miss you, Bob. May you rest in peace.

Editor’s Note: This work is All Rights Reserved.