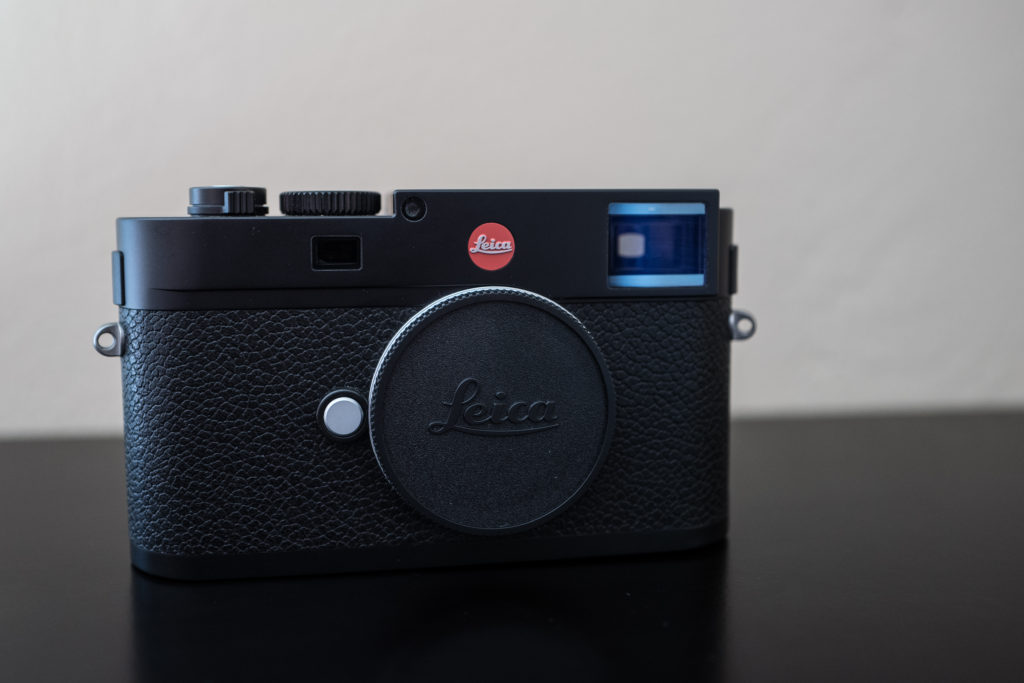 This afternoon, a film student from Los Angeles bought my first digital rangefinder, acquired in early March 2018 as part of the Oberwerth Set. He graduates from the M6 film camera, which he plans to continue using.

His interest in the Leica M (Typ 262) matches the manufacturer’s purpose: Provide an experience with digital benefits that is barebones close to using a Leica film shooter. The M262 is super streamlined, with mostly manual controls, two main menu pages, and no frills. That means no video, no Live View, and no connectivity (Bluetooth or WiFi). The shutter sound is smoothly soft, making the rangefinder more discreet on the street.

I really, really, really enjoyed shooting the M262, which appealed to me for similar reasons. But my aging eyes struggled to manually focus accurately. Rather than switch back to Fuji, in April, I took a chance on the M10, which provides larger viewfinder with greater magnification. So far, despite some misses, I nail the focus often enough. Regardless, as much as the M10 is desire of many Leica shooters, the M262 would have more than satisfied my needs and sensibilities if not for the aforementioned problem, which I tried to resolve with several strength diopters; no success.

The buyer has a friend with the M262, and so he had enough experience using the camera to want it. But he couldn’t find one used on LA Craigslist. He eventually expanded the search, finding mine. We renegotiated price, and he agreed to drive to San Diego.

But something suspicious occurred during our text exchanges. Someone with a San Diego exchange started texting about the M262, too. I didn’t recognize the number as being from someone contacted in response to my Craigslist posting. This other person pestered about pricing—somewhat being harassing and definitely annoying. These exchanges only occurred during the time of my separate texting with the eventual buyer; not from the beginning but later on. Strange, and oddly coincidental—don’t you think?

This other person texted this morning minutes before the eventual buyer, offering $110 less than my reduced price. The film student soon followed asking me to slash one-hundred bucks off; I declined. Then the other dude came back with: “I’ll give you like $20. Greedy Leica snob. These cameras fucking suck. Fuji and Canon. I have a t3i and it will blow you away”. I blocked him, and that was that.

The M6 owner nearly lost his chance after that, as I was ready to sell to no one. I could just as easily trade with a reputable dealer for a second, and better lens, than my Summarit-M 1:2.4/50. But the film student and I eventually met, and he has my beloved M262 now. May the new owner get great value from the rangefinder.